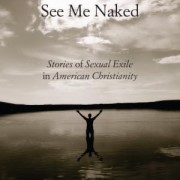 Leading up to the election, Fidelia's Sisters will publish articles written with a political flair. We will consider what it means to be political, to be clergy and to be young women. 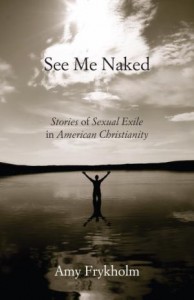 A few weeks ago, I sat in a room with church members for our church’s Theology on Draft small group. Our setting in Washington, DC encouraged that this round of study be focused on religion and politics and what might be a responsible, Christian response within the teeming mess that is the presidential election as well as our individual responses as people who live and work in Washington, DC and cannot escape it. Sure, we spoke of the need to understand the religious right and what the word evangelical means within religious and political spectrums. And we even discussed how we’d be approaching the study of Amos in correlation with our discussions. We even asked the big picture questions about being Baptist and our baptist distinctive of religious liberty and separation of church and state.

But the conversation that drew the most energy and strength was the one centered on the need for actual conversation and civility especially around social issues that relate to sexuality, poverty, and care of others. This call for civility is nothing new and has been brewing for some time now. We shook our collective heads as we learned that some Missouri Baptists were supporting Todd Akin in his reelection campaign. And we knew there had to be some greater understanding about sexuality in this country, especially when the conversation about sexuality and women’s bodies has become completely politicized and completely removed from, well, our bodies.

Amy Frykholm’s book, See Me Naked: Stories of Sexual Exile in American Christianity is all the more poignant in our current political climate. She sets out refreshingly, without an agenda, but instead a story to tell, or make that nine stories to tell. Her book is a compilation of the stories of nine people who had or have some connection with Christianity and would identify at different places on the spectrum of sexuality and identity.

What Frykholm’s book does so well is tell these stories from the perspective of the person. The person, who is given a pseudonym, weaves together personal experience, theological wrestling, heartache, spiritual depth, and integrity in a way which is not often done–especially not in church circles. She writes, “The problem however is that ‘the rules’ as they are taught to us and presented as an alternative to an out-of-control culture of sexual obsession actually serve to make the problem worse.”

We meet Megan in the Wilderness section of Frykholm’s book. Megan grew up in a non-denominational church and as time went on she began to live a segmented life because she never felt she could truly be who she was in any area in her life. As she went to college and attended worship services, she felt inauthentic and that “sex remained a source of confusion and hope.” Eventually, Megan attended a worship service at an Episcopal Church which was welcoming and affirming, and she began to feel fully affirmed in her sexuality.

What we hope is that Megan’s story is one that could be told and re-told– that someone found a welcoming and affirming church in which to celebrate who they were created to be. What we know is that all too often the church is the place running away from the conversation about sexuality. Frykholm’s book offers an entry point for congregations and clergy to begin the discussion. In our current election cycle when everything is politicized, especially sexuality, this book examines lives in deep, serious contemplation and theological reflection instead of talking points and arguments.

Leah Grundset Davis lives in a hotly contested swing state and can’t wait to cast her ballot in this election. Amy Frykholm’s book was the first one she read on her Kindle.

The Girl Who Wants Everyone To Like Her
Scroll to top