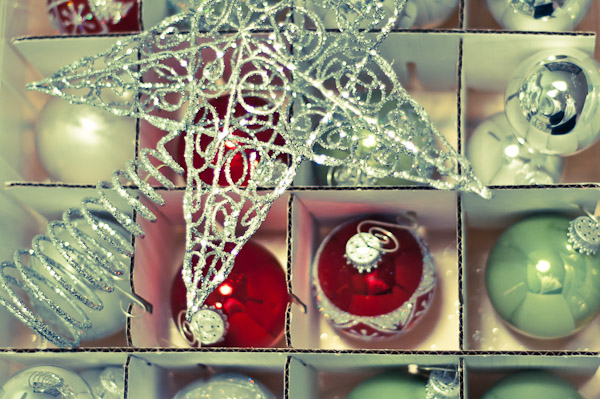 The Christmas tree is down, the decorations stored away and family members have returned to their own homes. At least in theory we have accomplished this “putting away” of Christmas. Yet, is Christmas really tucked away in neat boxes, orderly piled in our attics until the day after Thanksgiving next year?

Why then, did we sing a Christmas hymn as our opening worship song this morning? Why are we still referencing Emmanuel, God with Us, in our liturgy? And as much as we love the Christmas season, isn’t it just a season? We’ve endured hearing the same Christmas music on the radio for at least a month or more, isn’t it time to move on?

Well, the church’s answer is yes and no. Yes, it’s time to look eagerly forward to a new year, but no it’s not a time–and truthfully it never is time–to forget Christmas. It’s never a time to forget that God sent a son named Jesus, meaning “one who saves”, to be with us now and forevermore. In our liturgical calendar, today is still considered Christmas. It’s why we wear the white stoles and still sing Christmas songs.

The lectionary passage for today is Paul’s letter to the early church of Galatia. We’ve jumped from celebrating the birth of Christ last week to at least 15 years or more past his death this week. At first glance, it would appear we really are past Christmas, but as we delve deeper into this passage, we realize the connections.

You see, today’s passage is about how through faith in Christ Jesus, we are all considered children of God. By belonging to Christ, we are considered Abraham’s offspring. No longer were just Jews considered sole inheritors of the covenant promise God made with Abraham, but non-Jews as well. And our baptism in Christ, rather than circumcision, became the sign of this covenant. Paul emphasized that in Christ, genetic inheritance or any other divisional factor, no longer mattered. Through Christ, all of us are considered adopted children of God.

Adoption is near and dear to my heart, as my husband and I are adoptive parents of our beautiful daughter. We still vividly remember first meeting our baby girl over a year ago in the hospital. Only 12 hours old, she was screaming her lungs out and red-faced. And yet, we were still in awe of her beauty. We gently held, fed and rocked her–this baby we had been praying about for years–a hope and a promise come true in flesh. We made vows to her that night to love her unconditionally–to care for, nurture and raise her to the best of our abilities. We believed our hearts could not possibly feel any fuller than at that moment.

Adoption is an amazing thing. If you are an adopted child, you are assured that you were hoped and yearned for long before you were born, and likely before you were even conceived. You were wanted and desired. Everything was prepared for your arrival. You grew in your parents’ hearts until they thought their hearts would burst. Because adoption is so special, it is why we tell our daughter every day that she is a beautiful, beloved child of God, and that God adopts all of us, that we adopted her, and that she is the most perfect baby for her parents.

As it turns out–and as we read today in Paul’s letter to the Galatians–as Christians, it is a special part of all of our stories. By the grace of God and our Lord and Savior Jesus Christ, every single one of us is an adopted child of God. God looks at each of us and thinks, “You’re mine, through and through.” We were all hoped for and received with joy. Indeed, our Heavenly Parent knew us before we were even formed in the womb . Each one of us has this remarkable story of adoption.

In the time when Paul wrote this letter to the Galatians, this was a huge statement that everyone–regardless of whether they followed Jewish customs or not–was considered a child of God and heirs to the promise made to Abraham. As Paul boldly stated, this meant that Jews, Gentiles, slaves, free, males and females were all considered equal children of God. Regardless of any cultural divisional factors–in God’s eyes–no one child is better or more favored than another. Through faith in Christ, all are privileged children of God and thereby inheritors of God’s promise made to Abraham.

This news was likely a big blow to the Jewish Christians of the early church in Galatia. They had been very frustrated that the Gentile Christians didn’t honor their religious customs of a Kosher diet and circumcision. On the other hand, the Gentile Christians were frustrated that the Jewish Christians wanted to impose their old religious customs on them. The church members were at a stalemate. Arguments were breaking out right and left among this new Christian community. Currently far away from Galatia, Paul knew he had to intervene with a strong, heartfelt letter.

The content of this letter to the Galatians is considered some of Paul’s greatest work. Many theological tenets he wrote about became bases for the Protestant Reformation. As a former pious Jew himself, Paul knew he had to set the record straight on how Jewish law did and did not fit into Christianity. He wrote that baptism, not circumcision, was the new sign and seal of God’s covenant with God’s people. You can bet the Gentile men of the Galatia congregation resounded a huge sigh of relief. Baptism sounded a lot better than circumcision. And yet, Paul did not sever the ties to Abraham or the Jewish faith, but rather explained that through Jesus Christ we are all heirs of Abraham, and thereby inheritors of the covenant promise God made to Abraham that we would be God’s people forever.

Some of you may remember the children’s song, “Father Abraham had many Sons,” often sung at vacation bible school or church camp. The chorus of this song sums up what Paul was trying to say to the Gentiles: that regardless of cultural divisions, we are all children of God. Therefore, let’s put aside our differences, focus on what unites us, and praise God together. The chorus goes like this, and I’m sure most of you can chant it with me:

The song says “sons”, but of course we women are heirs to the promise as well. Even Paul, believe it or not, included women in that statement, citing there is no longer male or female in Christ.

In fact, Paul went well beyond just the dividing gender lines. He pushed the segregational boundaries of that day and our current day as well. The force of what Paul stated; rather, the power of what Christ did that Paul restated–its magnitude should not be lost on us. Every single thing that divides us as people, every barrier we put up to separate ourselves from others, is conquered by Christ. In Christ, there is no longer Jew nor Gentile, slave nor free, male nor female, east nor west.

Consider what things divide us that we might add to that statement today. Our modern day world constantly tries to polarizes us into opposing categories. It seems how we are defined these days must be either-or, for or against, one or the other. There’s not much room for gray or compromise. We become pigeon-holed into one side, so that the other side becomes someone or something to not just oppose, but to fight against. We’re either Democrat or Republican, black or white, rich or poor, gay or straight, capitalist or socialist–the list goes on and on. Sadly, we find so many more ways to divide ourselves than to unite. Can you imagine how this breaks God’s heart? Imagine seeing your own children argue, fight, bicker and part ways over and over again.

These detrimental divisions are exactly what Paul is warning the Galatians and us about in this letter. He admonishes us to focus on what unites us rather than divides us. What unites us is Jesus the Christ, who came to earth to be one of us, to experience what we experience, to live how we live. Christ came to bring peace, to suffer and die for our sins, so we don’t have to. Via the crucifixion, one child of God paid the price for all the other children of God. In Christ, each one of us is forgiven. In Christ, we are one.

We honor this unity with Christ and each other every time we celebrate a baptism in the church. As Paul indicated, it is the symbol of the new covenant with God in Christ. In baptism, our sins are washed away and we begin a new life in Christ. When we are baptized, all dividing markers are laid aside in the baptismal waters, and we emerge as new, united people. Baptism represents initiation into the Christian community, through which as adopted children of God, we are admitted into a new family of brothers and sisters in Christ, heirs of salvation together.

Paul grievingly looks at the divided church of Galatia and says, “Remember your baptism.” God looks at us and whispers, “Remember your baptism.” Do not dwell on what divides you, but rather celebrate what unites you. When you look into the eyes of others–especially those on the opposite ends of your cultural categories–show some grace and remember they are just as much a child of God as you and me. For the markers that divide us one from another lose their meaning when we remember our baptism and clothe ourselves with Christ; when we remember that we are all adopted children of God.

Being adopted is a beautiful story to have, and because of Christ, we all have that story. Regardless of blood lines, education levels, socioeconomic status, race, gender or sexual orientation, we are one with Christ and each other. We are family. We may not share the same genetics, but we share the same Spirit within us, and we share the same inheritance of God’s love, grace and redemption. We are God’s adopted sons and daughters, Christ’s adopted sisters and brothers, siblings to one another.

This new year is the perfect time to see things anew, remembering all things are made new in Christ. Remember your baptism and live this unity as adopted children of God, my friends, and Christmas will never be packed away. God’s kingdom will reign on earth. The peace, love and joy that we celebrate during Christmas will ring into this new year and forevermore.

Glory be to the Father, Son and Holy Spirit.

The Rev. Christi O. Brown is an ordained PC(UCA) minister. She most recently worked at Leadership Education at Duke Divinity School as a managing director. She also served as Parish Associate for Young Adult Ministry at Westminster Presbyterian Church in Durham, NC. She and her family recently moved back “home” to South Carolina, where she spends the majority of the time with her 14-month old daughter, while also preaching, teaching and facilitating classes, workshops and retreats.

Honest Testimony: A Review of Any Day A Beautiful Change
0 replies

Lens of Faith
Scroll to top