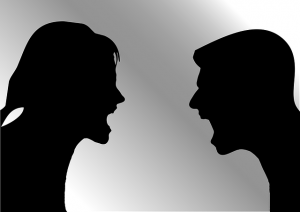 Thank you so much for your letter, and for supporting your clergy friend! Young clergy women often sing the praises of our “friendly atheist allies.” It can be so refreshing to have a good friend to hang out with who is supportive of our calling but has a totally different worldview. I’m especially grateful for your interest in speaking up when people are spiteful about religion; Christian clergy are certainly not an oppressed minority in most contexts, but those conversations about how terrible religion is can be fraught, tiresome, and even hurtful.

It sounds like you did your best to give your clergy friend an exit, and she didn’t take it. It’s possible that she noticed your efforts, but felt it was worthwhile to continue the conversation. Many clergy, especially young clergywomen, are unfortunately very accustomed to dealing with attacks against their beliefs and vocations, whether from atheists or from more conservative religious people who object to the ordination of women or the other more progressive beliefs of the denominations that do ordain women. Askie thinks of conversations with people who dislike religion because of past trauma as an opportunity not only for pastoral care, but also for evangelism, believe it or not! Not that she expects any atheists to kneel in prayer on the sidewalk and give their hearts to Christ, but when someone is sharing about their negative experiences and opinions of religion, it can be an opportunity to show them the positive aspects of religion in action, such as compassion, humility, repentance, and openness.

In conversations like the one you describe, Askie tries to listen deeply, avoid defensiveness, empathize, and express sorrow for all the harm that has been done in Christ’s name. Many LGBTQ people and others have suffered greatly at the hands of people claiming religious authority. When those who have been hurt share their stories, clergy allies often try to offer some compassion. We hope that if the person ever starts to feel drawn to religious faith, they’ll remember our conversation and know that there are churches ready to welcome them with open arms.

Of course, it sounds like that exchange may have been very uncomfortable for you, and that’s valid, too. In some situations, your clergy friend may welcome help ending a conversation, especially if the negative remarks about religion are overly personal (“I can’t believe you really think that.”) or abusive (“Anyone who believes that stuff must be a complete idiot.”). If an interjection of “Lovely weather we’re having!” doesn’t do the trick, you could try being more direct, and say something like, “Could we talk about something else?” Another option would be to draw attention to the tense dynamic as a way of diffusing the conflict: you could offer a wry, “Well, this is awkward” or a playful, “Okay, you two, break it up.” You could even note that your friend might want a break from talking about work!

As for being an “atheist ally” when your friend isn’t present, perhaps mentioning that you have a friend who is a young clergy woman can humanize the conversation, reminding people not to paint religious communities with broad brush strokes. You may even want to mention the ways that young clergy women face criticism from more theologically conservative traditions, as a way of reminding people of the diversity of the faith community. It can be helpful, as any kind of ally, to lift up the ideals to which we all aspire – things like respect, kindness, and open-mindedness. And it can be helpful to acknowledge that religion sometimes is used to hurt and oppress, while affirming that there’s more to faith than that.

Thanks for your commitment to being a good ally and a good friend, Atheist Ally. Your friend is blessed to have you in her life.

The Stranger to You Shall be as the Native: A Rabbi’s Reflection on the TYCWP...

Pastoral Care for the Pastor
Scroll to top