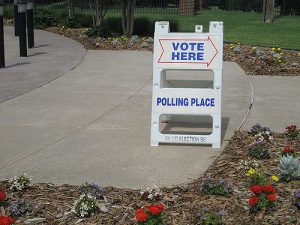 I’ve always been pretty into politics, but I’m wondering if that has to change? I’ve been serving in my first call for two years, and my church has a big spectrum from conservative to liberal. I’ve posted some articles on social media about my preferred candidate, and some articles that are critical of my preferred candidate’s opponents. I’ve mentioned the election in sermons, and talked in a bible study about how one of the candidates in particular doesn’t seem to understand Christian doctrine and practice. If my least favorite candidate wins the primary, I’m thinking I might volunteer for my preferred party’s nominee. Now some of my congregants are complaining that I’m “too political,” and that pastors are supposed to be neutral. They emailed the personnel committee and the board because they’re “afraid our church will lose its 501c3 status.” Askie, I’m pretty sure they’re off-base on that particular claim, but what are the limits here? Do I have to give up politics for my congregation?

The good news is that this will all be over in six months… and the bad news is that it’s never really over, because there’s always another election cycle just around the corner. So how is a political pastor to survive? Here are a few pointers:

In the midst of a divided nation and an anxious church, Political Pastor, I hope you’re able to be a peaceful and reconciling presence, helping your congregation to faithfully bear witness to a God who calls us to do justice and make peace.

The Not-So-Single-Anymore Rev.
Scroll to top