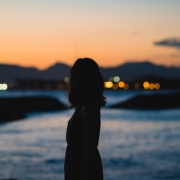 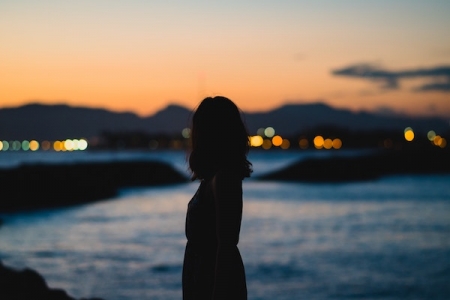 I began seminary with several single classmates, but our number was significantly reduced over the three years we spent there. By senior year, it seemed like a mass headlong rush to the altar. Those of us who had not joined the stampede mostly avoided the topic, as though voicing it would speak it into reality, but in a fit of honesty, a friend moaned one night, “Once I’m a pastor, all hope of getting
married is over.”

At the time, I was puzzled by – and occasionally scornful of – my classmates’ partnering inclinations. “Get Married” has never made it to my life to-do list. It still hasn’t. Although I’m sure I’d make it
work if it happened, I can’t imagine doing ministry as a married person. I can’t imagine living as a married person. Still, doing ministry and living as a single person has brought my classmates’ fears
into sharp and sometimes painful clarity.

Of course I had heard the stories about well-meaning congregational matchmakers and the joys of navigating dating relationships while living in a parsonage. I had wondered how a congregation would react to a single female pastor in particular. I had wondered about the willingness of potential partners to date a minister – because, really, what sane person wishes for that?

It wasn’t the rockiness of dating as a young clergy woman that caught me by surprise.  As an extrovert who has lived in many places and developed a wide social network, it never occurred to me that it would
be so hard to simply make friends as a pastor. No one warned me that, without the built-in connections of academia or work colleagues, I’d have to work so much harder just to meet people.  I never anticipated that once I met people, so many of them would instantly react to my vocation with either suspicion or neediness.

All of this is just as true for our married counterparts, who likewise struggle with isolation and loneliness. However, there were times, especially before I did establish friendships in my area, when I envied them having at least one person who was just there with them. There are still times, when I come back to the parsonage with some joy or grief on my heart, and I just wish someone was there to share it.

Like all ministers, if we are to survive this calling, we learn to do what we must. For me, a former bartender and musician, that means that I swallow my fear of disappointing my congregation, and go out into the world I lived in so long before I took on the mantle of ordained ministry. I engage my other passion, the one I thought I’d have to leave behind, by singing and playing with a band. I find deep – if
geographically distant – friendship through online networks. I nurture relationships with ministerial colleagues who can understand, support, and challenge the aspects of my life that are a mystery to my friends outside of the church. I hug my dog, and I let myself cry, and I lean on God – which seems so obvious, but so often gets obscured by the daily ins and outs of this life.

Many of my expectations of myself and ministry have changed with time (even the rather short time I’ve actually been at this). I’ve stopped expecting that there will ever be a time when I am truly “off the
clock.” Different aspects of me come out more in different situations, but I am still a minister, regardless of where I am. Some of the most meaningful ministry happens while I think I’m just being a singer in a
band, or a patron at a bar, or a friend. I’ve also stopped expecting that I’ll be able to bracket myself in order to be a minister. I’m still the musician, the former bartender, the wanderer, the hopeless Bible geek, and all the other things that make me me, while I’m a minister. I’m a better, albeit more controversial, minister for it, because I am the person – the whole person – that God called to this vocation in the first place.

One part of my whole person is that I am single. It is strange to be so defined by a lacking, by being not partnered, but culturally and emotionally, singleness is part of my identity. Then again, singleness is only a lacking if I let it be. We all choose every day what will define us.  In my better moments, I remember to choose not to be defined by absence. I choose to be defined by presence: by my own full presence in the world, by the presence of those who love me, and by the presence of God within and around me. Now, if you’ll excuse me, I’ve got to run. Life is calling!

Rev. Stacey Midge is ordained in the Reformed Church in America, and ministers as a solo pastor in upstate New York.

There’s No Crying in Baseball

Miles to Go
Scroll to top