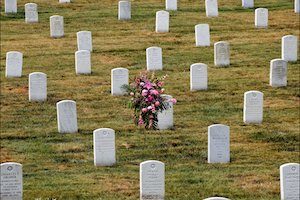 2017 will be a year without Carrie Fisher. I am not sure what to make of that. Whatever changes and transitions have come and gone in my life, Carrie Fisher is one of those public figures who has always been around. Like most children of the 80s, I grew up on Star Wars. Princess Leia was my princess (even if my hair was, alas, far too thin to pull off any of her iconic looks).

Beyond Star Wars, though, Carrie Fisher was … Carrie Fisher! My college roommate and I went through a phase when nearly watched When Harry Met Sally on an infinite loop. Who else could make a line like “I promise you, I will never want that wagon wheel coffee table” into a touching expression of true love? And there was Fisher’s defiance of the patriarchy just by her public existence as a self-possessed, opinionated, middle-aged woman who was open about her mental health struggles. The audacity! Our world will be less without Fisher’s voice and presence in it (even if we do have one posthumous performance to anticipate in Star Wars: Episode VIII).

Fisher’s death late in December (followed by the almost immediate death of her mother Debbie Reynolds) marked the end of litany of celebrity death that felt endless. Beginning with David Bowie on January 10, there was speculation that an abnormal number of prominent public figures passed away in 2016. No doubt the false intimacy of online communities feeds into the collective cries of grief when we hear news of yet another celebrity passing. For good or ill the internet allows us to feel a connection with other human beings who would not ordinarily be part of our lives, giving us a connection to prominent public figures that would have been unthinkable even a decade ago. In our collective expressions of grief or loss, however, social media also holds up what would otherwise be private feelings for public scrutiny.

Backlash to the public, communal grief over celebrity deaths is inevitable. Despite my own deep feelings about Carrie Fisher, I have felt ambivalence about how to respond when I see the deaths of celebrities highlighted as among the great travesties of 2016. Was 2016 more horrible than other years because a greater than average number of famous individuals came to the end that awaits every one of us? Whether we want to talk about mass shootings, or the destructive war in Syria, or the rapidly manifesting evidence for irreversible climate change, there is so much more going on in the world that meets the criteria for genuine tragedy. Yes, I cheered as a watched John Oliver blow up a giant numeral 2016. But I also found myself asking, “How exactly do we expect 2017 will play out? People will not stop dying.”

As clergywomen, the reality of death makes us question the moments when reactions to celebrity deaths went over the top. If you work in ministry, you’ve likely buried people. We have buried those whose deaths were, to put it mildly, untimely: children, young adult suicide victims, those who lose their battles with cancer far too young. When we see the outrage and pain at the death of public figures (especially those who had to opportunity to live a full life), it can be challenging to fight back that urge to sermonize on the inevitability of death to a culture that likes to ignore the specter that hangs over all of us. That is perfectly fair. It is certainly true that we are not, as a culture, comfortable with the reality of death. As clergy, we do have a certain obligation to use situations like this to demystify death. Celebrities, like the rest of us, have an expiration date. We also have a vocational call to proclaim the promise of the resurrection. While death is the enemy, Christ has the ultimate victory over the sting of death.

At the same time, I come back to my own love for Carrie Fisher and how wrong it seems that she (or at least her public persona) will no longer be part of my life. Yes, we have an obligation as clergy to speak about the real issues facing the world and to take real, tangible action against injustice. And yes, we have an obligation to push back on prevailing attitudes that seem astounded that death is indeed a thing. But there must also be the space to be prophetic without sacrificing the important pastoral response to people who are feeling real grief at these celebrity deaths.

We live in a hyper-connected world. Even if the intimacy we experience with the creators of media content is somewhat artificial, their words and their creations still touch us. I wrote an article for Fidelia this time last year about the impact of seeing the female force-using protagonist in the Star Wars franchise. What I did not address was the power of Carrie Fisher as the somewhat older General Organa commanding the resistance forces. It is valid for me to grieve the loss of her presence and influence on my life and on the public sphere. And it is valid for others to grieve the loss of an influential figure like Leonard Cohen or David Bowie or Prince or Gwen Ifill or whichever recently departed celebrity played a significant role in an individual’s life. As clergy, our call is to support our communities through that grief. Losses will inevitably occur in our more immediate, real life circles; perhaps these moments give us opportunity to practice how we will work through that grief as well.

Rachel Kessler is the Chaplain at Kenyon College and Priest-in-Charge of Harcourt Parish Episcopal Church in Gambier, OH. She blogs at RevRachelRambles.Worpress.Com.