Several of our colleagues have sent letters to the editor regarding a recent commentary published in the United Methodist New Service’s “Many Voices, One Faith” online forum. We sent a modified version of this post in as well. 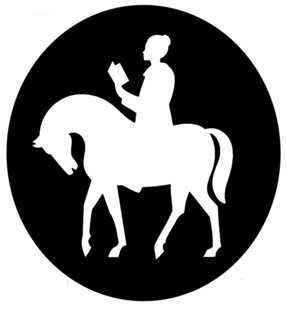 Another kind of circuit rider

We are saddened and frustrated whenever male colleagues in ministry seem to be suffering amnesia about the power of women’s leadership in shaping the church. Recently, a United Methodist clergyman penned a commentary for a forum run by the United Methodist news service on the role of women and men in the church. In it, he claimed that the church requires gendered forms of leadership, a Marian form following the example of prophet and God-bearer Mary of Nazareth and a Petrine form following the example of disciple Simon Peter.

The Marian form is–you guessed it–nurturing, whereas the Petrine church is about discipline and maintaining order. He presents these two forms of leadership as both being necessary and so concludes the piece without recognizing the problem. This leaves us, as women and gender-nonconforming folks often have to do, to educate our dear colleague once again: we cannot continue to rely on the sinful “complementarian” structure that is the very same used to reject the ordination of women.

When it comes to leadership in the church, we do not have to match our roles to the assumed genitalia of disciples in the Bible. Mary of Nazareth is not the role model for all women who want to participate in the life of the church, nor is Simon Peter the role model for all men. Mary and Peter offer differences in their relationship to Christ and their ministries, as do all other disciples and apostles. Our roles are not defined by or limited to our gender performance.

Separating out leadership roles by gender limits all of us. To make our Theotokos, a Greek title for Mary that means God-bearer, a model only for women is to discount a powerful example of discipleship for all who follow Christ. Mary is a model of courageous, outspoken, inclusive leadership. She is an example not just for women’s roles in the life of the church, but for ALL who seek to be disciples and leaders in the church. She answered God’s call, proclaimed God’s justice, shared Christ with the world, and welcomed everyone, from the shepherds to the magi, to be part of the movement. She is the model of leadership that the whole church needs not just mothers or women to emulate but all people, regardless of gender.

The apostle Paul offers us wonderful image of his leadership that does not conform to gendered expectations when he writes that he is like a nursing mother (for example 1 Thessalonians 2:7). Paul is clearly a “discipler” by vocation and action, something the author of that article claims is Marian by Scriptural witness. A closer look at Scripture reveals more than what the author of that article sees.

In the article that prompted this reminder, the author believes that because he labels both the leadership he has gendered feminine and the leadership he has gendered masculine to be “good,” he believes he is honoring the diverse gifts of God’s people. Although he concedes that not all women or men are called to these roles he has gendered in the church, the fact remains that he is taking leadership attributes from some witnesses to Christ and both stereotyping and gendering some of the characteristics of those witnesses. “Good” attributes or not, the author is giving voice to something that limits both Scripture and Christian leadership. In reality, he is also limiting the gifts of a limitless God.

Gendering gifts limits a creative God who is not hindered by our cultural attitudes and expectations. Gendering leadership also perpetuates stereotypes of women and men that have been used to prevent women from being ordained and limits their ministries even when/if they are ordained.

In the United Methodist tradition, women have been preachers and teachers, evangelists and church planters, since the beginning of the movement. Susannah Wesley’s influence on her sons through her teaching and challenge, her nurturing and encouragement, is recognized more readily than that of her preaching husband! John Wesley, though wary of ordaining women, recognized when their preaching was effective and put them to work.

In the American colonies, Barbara Ruckle Heck began one of the first Methodist churches in her home. Methodists began ordaining women in 1956, earlier than many of her mainline Protestant counterparts, and ordination of women was an important part of the 1968 merger that created The United Methodist Church. And yet here in 2018 a news service within our denomination publishes an article by one of our colleagues in ministry that begins by asking if women’s leadership is equal to men’s.

In The United Methodist Church, we “live in covenant of mutual care and accountability with all those who share [our] ordination” (see The Book of Discipline of The United Methodist Church 2016, paragraph 303). The word covenant is used so often as a weapon against those seeking full inclusion in the life of the church, but this same covenant is forgotten when it comes to honoring the leadership of women and gender-nonconforming individuals.

Effective church leadership requires fewer gender binaries and more creative use of the diverse gifts of the entire body of Christ. For the church to be the church as God intends it to be, we must stop limiting the leadership possibilities of those who are called to serve in it, in both ordained and lay positions. For the church to be led by God-given gifts, we must embrace, respect, and empower the expansiveness of those gifts and those to whom gifts are given for the transformation of the world.

They Don’t Teach That in Seminary: 99 Prayers You Need
Scroll to top