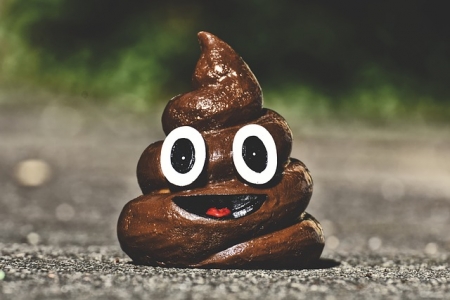 Another Wednesday night meant another class to teach. Diving into the texts with the enthusiasm of a young child going for the baby in a King’s cake was how I wanted to spend my Wednesday nights. When I arrived in Corinth, I wanted more than anything to share my find with others. I wanted to see what treasures they had found. I loved the rich conversations emerging from shared moments of clarity. And now, it was Wednesday again and last week’s “ah-ha” moments were not as comforting.

Last week had been filled with blank stares. The last few weeks had not been the stuff of comfort. We had been studying the Pastoral Epistles with a companion study guide chosen before my arrival to Corinth. Wednesday night came to mean studying some of my least favorite parts of the Bible with study material that had never heard of different learning styles or this new fangled thing called “inclusive language.” My all-around lack of excitement had been contagious even to the most dedicated churchgoers (in other words, our older and more stalwart folks).

Tonight was going to be different than the last few weeks. I was exhausted from staying up the night before talking away with a friend from seminary (a lifeline that had gotten me through many lonely nights). Even though I struggled to keep my eyes open during the day, I was feeling energetic again about beginning our study of Job. I love the questions this text forces us to ask about God and evil. I love how it ends with a whirlwind that doesn’t actually answer our questions but challenges the questions we ask.

And soon it was time. The twenty or so older and stalwart churchgoers settled into their chairs, pulled out their Bibles, and we began. We read. We prayed. I explained Wisdom Sayings and the basic concept of retributive justice. There were nods. My energy was flowing as I set the stage.

The curtain opens and on the stage is God and this great guy named Job. Now all we need is a bit of conflict. My heart raced thinking about all the wonderful conversations this conflict will rise up.

“Then enters the HaSatan,” I said, “and the shit hits the fan.”

Oh, shit. It just slipped right out of my mouth, like one of those greased pigs you see at southern state fairs. I had no chance of catching it; I could just stand and watch as it fell out and landed with a juicy ‘plop.’ Oh shit, I thought. Perhaps no one heard it. Perhaps this was one of the divine moments where the older and more stalwart folks couldn’t hear me.

Nope. I only need to look at their faces. No “ah-ha” moments to comfort me. No conversations about good and evil tonight. Not even thoughts of justice and injustice would be remembered tonight. No, it would be that the minister said a naughty word. That would be all anyone from these twenty or so churchgoers would remember (or share with others).

I tried to make a joke about it, tried to acknowledge that I didn’t mean to say what I said, but it all fell flat. I continued the lesson, but it was a loss. Funny how a word you can hear in a PG movie can make such an impact upon a group of people. They were all friendly-like as they smiled and said goodbye.

Oh shit. If you say something you know will offend another person you’re talking to, that’s a problem. But cursing? Cursing doesn’t bother me; I don’t think the words themselves are a sin. And while your average person on the street might not find my use of that particular phrase offensive, I knew that in church and possibly in that room there were several people for whom the offensive “f” word was fart.

Of course, I felt responsible. I hated that I let that combination of sleep-deprivation and adrenaline destroy any filter my mouth might have. I hated that I had fallen from grace—yet again—so visibly in front of people who I yearned to have see me as The Best Pastor Ever (even if I shouldn’t). My heart was heavy with disappointment all night and into the next day.  And then there was a knock on my door.

The door opened, and Cathy Franklin entered my office. Cathy was a newer member who had come back to Corinth after a particularly nasty divorce. That fact and her fabulous Italian eyewear frames endeared her to me immediately. However, I was no longer certain that I was endeared to her. Cathy had been there when the shit hit the fan.

“Hey Lexi. I wanted to stop by on my way out of town.” I must have looked at her curiously for then she added, “Business trip.”

“What can I do for you?” I asked with a nervous smile.

She smiled back. “I just wanted to thank you.”

“For being, well, real last night.”

“Yes,” she laughed. “It’s so ridiculous that we pretend church people don’t drink or curse or do any of the things most of us do. That’s what I find so refreshing about you. You’re real.”

I didn’t know what else to say except thanks. It didn’t feel like enough, but it’s all I could say to Cathy. After we said our goodbyes and she left, I sat back in my chair and breathed deep just in time for the phone to beep. I picked up the receiver. “Yes?”

“Mrs. Wentworth is on line one for you,” Gladys informed me.

“Thank you, Gladys,” I said as I hit the button flashing red as I wondered if it would have been wiser to just dodge the call. But I decided to take my 39 lashes now as I greeted Mrs. Wentworth with a bright voice, “Good morning!”

I listened to her concerns. I was contrite and receptive. I wasn’t going to continue to berate myself. Even from the not-so-great good can come, as Cathy reminded me. And besides, shit, as they say, happens.

Reflections on Advent: A Way of Peace

https://pixabay.com/photos/words-letters-scrabble-text-design-2971050/ What Did She Just Say?
Scroll to top