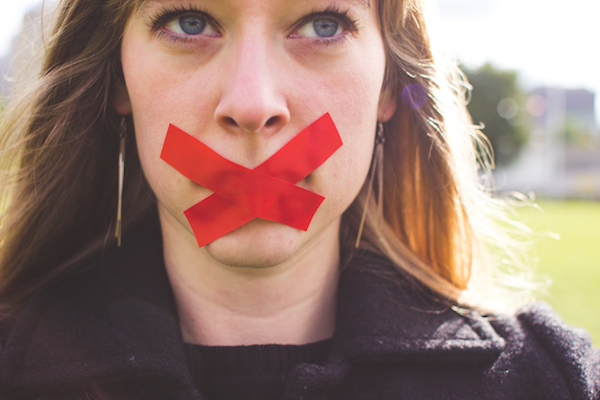 It started appearing on the Sunday afternoon in the week after the story about Harvey Weinstein broke. A simple Facebook post that caught me off guard and made me suddenly unable to breathe. It said:

If all the women who have been sexually harassed or assaulted wrote “Me too” as a status, we might give people a sense of the magnitude of the problem.  #MeToo

There wasn’t just one or two or three. I stopped counting at 10. Most of these were posted by colleagues and friends who are also pastors.

I did not copy and paste. I did not add my voice to the mix. I have shared my story in the safety of Young Clergy Women International groups and with close friends and colleagues. But to make it a status…well, that would change everything.

I’m looking for a job. Will this influence employers who may see it? Will my former Head of Staff (who, for the record, was not the perpetrator, and whom I never told) figure out which member had sexually harassed me on numerous occasions? Would those who worked with me at my former church know? Would members figure it out? What would my friends think? These and a million other questions swirled through my mind as I read and reread the words “me too” and my mind flashed back to those awful moments I, like too many women, have endured.

It was first time I had gotten a haircut, and it was noticeable – I’d had several inches cut off. When I walked into worship that day, he commented that he had not approved a change in hairstyle and I looked much sexier with long hair. I smiled and kept walking.

The following occasions usually happened in my office, with the door open as he commented on my looking tired, how many nights I was working, being able to see into my office from the outside through the window. It was always after meetings when others were in the building, but he managed to get me alone. Once, his wife was in the room as he laughed saying that I needed to find a boyfriend and get laid, or he could clear off my desk and bend me over right then if it would put me in a better mood. I was stunned.

It was years before I was able to tell anyone. I hadn’t been touched, and I had been violated. As one who always championed speaking about this sort of thing, I failed to. I was worried about my career and my reputation. This individual was in the military, and he was respected in the congregation. Who would they believe: an active duty service member who had returned from a tour in the Middle East, or the young female pastor? I wasn’t willing to take the risk.

And I’m still not. Posting the words “me too” will open doors that I do not want opened. It will confirm suspicions others have. I have spent hours in therapy about this and am still processing it over five years later. I am in a new congregation, and so is his family. And in my decision to keep quiet, I feel as if I have failed as a feminist, as a progressive, as a pastor, and as a woman.

The truth is, for each “me too” that someone bravely posts, there are those of us who cannot yet bring ourselves to say the words publicly. There are pastors who continue to have to stand and smile and offer communion to those who violated us. Pastors who sit in meetings trying to subversively plan who they will “need to speak with” afterwards so he will not be able to join, creatively avoiding the risk that he will find a way to corner them alone. Pastors who pray that he will go away, and rejoice when he does. Pastors and women who weigh the options of saying something and decide the risk is too great. And pastors who continue to pray, in sure and certain hope of God’s kingdom where there is only peace, that things could be different.

The Cost of Unity

A Pastor’s Scope for Imagination
Scroll to top