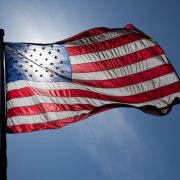 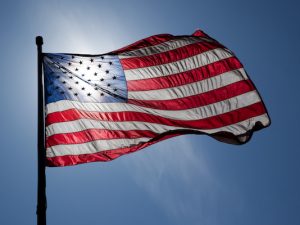 More importantly, though, I love the show because of three story strands that relate to my life as a minister. One is the reminder that every person – particularly every adversary – is more complex than I usually understand. Philip and Elizabeth do deplorable things to advance their cause. But they are often conflicted about harming people who get in their way, especially long-term dupes for whom they have great affection. The Jenningses deeply love their children. They also care a great deal for the FBI counter-intelligence agent who lives across the street and regularly raids their refrigerator. And Mikhail and Nadezhda – the true identities of Philip and Elizabeth – both had difficult upbringings as children in the Soviet Union, making their story more sympathetic. Meanwhile, the supposed “good guys” in the FBI are not always so pure in purpose. The many dimensions of all the characters help me bear in mind that there is always more in the background than I can grasp when I am dealing with an antagonist.

The second story strand that speaks to my work as a minister is the complicated nature of relationships. The Americans, more than a tale of espionage, is really the unfolding of a troubled yet ultimately durable marriage. Sexual liaisons with others are part of the Jenningses’ job descriptions as spies. These relationships become problematic for Philip and Elizabeth when there is suspected emotional infidelity toward each other or their cause. Yet even when Philip and Elizabeth fight, they have one another’s backs. They work together seamlessly to clean up mission errors. They worry about each other when the danger is particularly acute. Their depth of covenant reminds me that marriage is hard work and that it is (in most cases) worth doing, an important message to convey to parishioners with conflict-ridden partnerships.

The third story strand that encourages me in ministry is the portrayal of Pastor Tim and his church. Much to Philip and Elizabeth’s chagrin, their daughter Paige becomes deeply involved with a youth group. She begins reading the Bible, develops a close relationship with Pastor Tim and his wife Alice, and is baptized. While Philip and Elizabeth lament the fact that Paige has swallowed the “opiate of the masses,” the show depicts Pastor Tim as a minister invested in advocating for peace, feeding the poor, and sharing his faith without stuffing it down anyone’s throat. He is willing to engage with and provide care to Paige’s resistant, atheist parents – even after Paige reveals their true identities to him. He struggles with the limits of confidentiality, constantly weighing his care for Paige against the greater good. Pastor Tim, unlike the many one-dimensional ministers on TV, strives to be a pastor to individuals, a whole congregation, and a larger community. Sometimes the needs of these different constituencies are at odds, and the portrayal of Pastor Tim gives me food for thought as I juggle multiple roles.

Season five of The Americans premieres in early 2017, and I look forward to more fodder for reflection on the complexities of life and ministry. In the meantime, you can find me looking for another show to binge-watch.

Laura Stephens-Reed is a clergy coach, congregational consultant, interim minister, and supply preacher. She lives in Northport, Alabama, with her pastor husband and musical three-year-old son. Laura blogs at laurastephensreed.com.

Why we don’t always feel like talking about race (and what to do about it...
Scroll to top