The following sermon was preached at St. Luke’s Eastport in Annapolis, Maryland on August 20, 2017.

What comes out of the mouth proceeds from the heart.

In the name of God: the Source of Life, the Word of Love, and the Spirit of Truth. Amen. 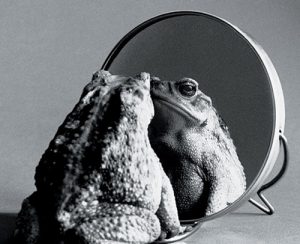 On Wednesday evening, I attended a community prayer service at John Wesley United Methodist Church, right up the street. The pastor there, Jerry Colbert, called the gathering in response to recent violence in our nation and our community. And people came. People who belong to many different churches, and I’m sure some who belong to no church. People whose skin and hair and eyes were many different colors. We came seeking a place to pray and sing and cry together.

Near the end of the service, after he gave the final prayer, Pastor Jerry began to lead us in a song that I first learned in seminary, when I sang in the gospel choir.

This morning’s gospel is one of those texts that preachers dread, and it’s not hard to see why. The collect for today calls Jesus Christ “an example of godly life.” But in this encounter with a Canaanite woman—a foreigner—his behavior is anything but godly. It’s tempting to try to explain this away, but the truth is that Jesus is rude to the woman. He insults not only her, but her people. He calls them dogs. Put this interaction into today’s context for a moment. Whose words are you reminded of here? What groups of people are calling other people dogs—and worse? This is hardly an example we would want to honor, let alone follow.

I find it interesting that just before Jesus travels to the distant city where he meets this woman, he talks to his disciples about the power of words and what our speech shows about our character. “What comes out of the mouth proceeds from the human heart,” he tells them. Only a few verses later, it seems Jesus needs to pay better attention to his own teaching. The words of his mouth reveal the prejudices of his own heart. You heard me right. I said that Jesus was prejudiced. Is that so hard to believe? After all, we proclaim that Jesus is both fully divine and fully human. As a human, he experienced everything that we experience, and that includes learning prejudices against people who were different from him.

But never fear; there is an “example of godly life” in this story for us to follow. Two of them, actually. The first is the example of the Canaanite woman, who, without becoming hateful in return, calls Jesus out on his behavior. She stands her ground. She persists in seeking healing for her daughter, refusing to accept a decision that she knows is unjust. Refusing to accept the notion that she is inferior. Instead, she reminds Jesus of what his own tradition teaches. As we heard in Isaiah and in Psalm 67, God is the God of all people. God’s faithfulness and salvation are for everyone, not only a select few. The woman holds a mirror up to Jesus so he can see where his own blind spots are. That’s where we find the second godly example: Jesus changes his mind. Not just about whether to heal her daughter. He changes his mind about who she is and who her people are. He changes his mind about their value and worth as human beings.

There has been an awful lot of horrible, hateful speech in the news recently. “What comes out of the mouth proceeds from the human heart,” and out of the human heart come indeed all kinds of evil intentions. We saw that on display last weekend in Charlottesville, Virginia, where white supremacists chanted “Blood and soil” and “Jew will not replace us.” Blood and soil! A Nazi slogan. A clear statement of belief that they, as white people, as Christian white people, own this land. And that the only other people who have a right to be here at all are those who share their whiteness.

It was horrifying, yes. But we would be fooling ourselves to think for one moment that this was an isolated incident, the work of a few “fringe” extremist groups. For what these men—and they were almost all men—shouted aloud in the streets are sentiments that many, many others hold in their hearts, to one degree or another, often without fully acknowledging it. I know, I confess to you, that in some dark corner of my own heart, these same evil messages of white supremacy can be found. I’ve been absorbing them since I was an infant from the culture around me. It’s like breathing in the air. We cannot avoid or escape it. We can only do what Jesus did, and confront that evil wherever we find it, even when we find it within ourselves. We can do the hard, slow work of unlearning what we’ve been so carefully taught. And we can also do what the Canaanite woman did. In ways that are neither violent nor hateful, we can confront prejudice and bigotry when we experience it in the words and actions of those around us. Even if it isn’t aimed at us. Especially if it is isn’t aimed at us, because that means it is safer for us to speak.

If we call ourselves Christians, if we claim to be followers of Jesus Christ, then this work is not optional. For, as Paul reminds us in the Letter to the Romans, God is “merciful to all”: to Jews and non-Jews, to Christians and Muslims and Hindus and atheists, to people of every gender, every nationality, ever skin color, every language. God’s house “shall be called a house of prayer for all peoples.” All. Peoples.

We only sang the first verse of that gospel song on Wednesday night, so I went to look up the rest of the words. They turned out to be exactly what I need to say, and what I need to hear, today.

I’ll pray for you.
You’ll pray for me.
We’re all a part of God’s body
I won’t harm you
with words from my mouth
I love you
I need you to survive

You are important to me
I need you to survive

Grant, O God, that your holy and life-giving Spirit may so move every human heart, and especially the hearts of the people of this land, that barriers which divide us may crumble, suspicions disappear, and hatreds cease; that our divisions being healed, we may live in justice and peace; through Jesus Christ our Lord. Amen.[1]

Diana Carroll serves as the Rector of St. Luke’s Eastport in Annapolis, Maryland. She lives in Annapolis with her wife, who is also an Episcopal priest.

Dear Church: It’s Time to Get Out of the Boat

Firsts: A Response to Showing Up
Scroll to top