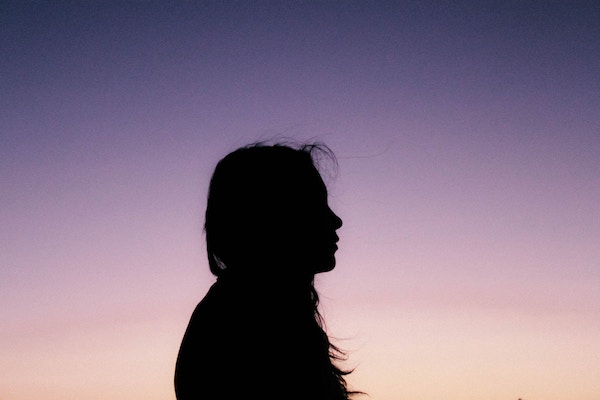 “Where is your husband?”

“You should have brought your husband today!”

I am new clergy, recently graduated from seminary, and four months into my first call as an associate pastor. The questions above are what I am asked every single Sunday and frequently when I encounter congregants through the week. Often, they ask this question without even saying hello to me first or asking how I am doing. In fact, one Sunday I had a woman physically grab my arm as I was walking by in the fellowship hall to stop me and ask, “Where is your husband?” I pointed to him at the food table where he was filling a plate. “Oh! I didn’t see him!” she replied and then walked away from me without another word. She didn’t even approach him to say hello. Why was it so important that she knew where he was, where she could physically lay eyes on him? He doesn’t come every Sunday, and he doesn’t have to. He has his own business to tend to on Sunday mornings.

As independent people, he and I have separate plans. I tried to gently explain this in our monthly newsletter saying, “My husband and I are pretty independent people, so don’t be worried or surprised if you don’t see him in worship all the time!” (With an exclamation mark added so that it didn’t come off as threatening.)  But I am not sure the message has gotten across.

I know that what I do as a pastor is appreciated. There have been encouragement and compliments about my sermons, my teaching in Sunday school, and the prayers I write for the liturgy. I just know that with a compliment comes the questions about my husband. While I know these questions are well-meaning, as this church is trying to get to know me and be invested in my life, it can be hurtful and frustrating. Why is my husband’s well-being of more concern to some people than my own? My husband has been and continues to be an incredible support to me, but we aren’t a package deal. We’re not a two-for-one special. Why am I not enough?

I have seen a meme circulating on the internet when sexual assault appears in headlines that says, “She’s someone’s mother, daughter, sister, wife.” This is an attempt to show men that a woman is not a sexual commodity, but it has failed to do this by suggesting a woman’s value relies on her relation to a man. “She’s someone’s…” is a possessive statement, and it defeats the purpose of humanizing women as free agents. The corrected version of this meme crosses out the words “mother, daughter, sister, wife” to say, “She’s someone.” This is what these questions and demands to know about my husband feel like: as if my value is not in who I am as an individual, but in my relation to the man in my life. I feel like I am not being treated like “someone” but “someone’s wife.”

This reminds me of Joanna the wife of Chuza. (Luke 8:3) Joanna provided for and ministered with Jesus, alongside of the twelve and the company of other women. She is an important figure in scripture to represent women in ministry in conjunction with Mary Magdalene, Susanna, and numerous other unnamed women. But none of the other women in this Luke passage have a husband’s name attached to who she is and what she’s doing. One could read this passage as a form of possessiveness, as if Joanna is “someone’s wife,” but the fact that Chuza is named and not identified in the company of Jesus suggests something else.

Chuza was Herod’s steward, a man of power, influence, and wealth. By marriage, Joanna had a platform that she chose to use with independence and defiance. Joanna chose to follow, support, and serve with Jesus in rebellion against those in power. The mention of Chuza and his occupation amplifies Joanna’s ministry by demonstrating her agency, her willingness to break gender norms, and her courage to commit allegiance to Jesus. Her name was attached to her husband’s as an indicator of status, but her ministry spoke louder than the man to whom she was in relation. Joanna was “someone.”

I’ll stand with Joanna, Mary Magdalene, Susanna, and the company of women as “someone.” I am happily married to a man who is as much of an ambitious dreamer as I am. We are partners, but we are also independent. We show support by respecting one another’s goals, responsibilities, and endeavors. I am proud of my husband and the life we’ve built together, but my identity and my ministry are not defined by my marital status. I will show up each day leading worship, preaching, teaching Bible study, attending fellowship events, and offering pastoral care. I know that my ministry is meaningful and appreciated by the congregation, so I will offer my congregation and God my very best. My ministry will speak louder than the universal church’s understanding of a clergy woman’s marital relations.

The Rev. Glory Cumbow is the associate pastor at Westminster-by-the-Sea Presbyterian Church in Daytona Beach, Florida. She specializes in worship, the arts, and Christian education.

She and her husband, Andy, enjoy going to plays, attending orchestral and choral concerts, and walking on the beach each evening. They are fur-parents to their cat, Blinky.

They Don’t Teach That in Seminary: 99 Prayers You Need