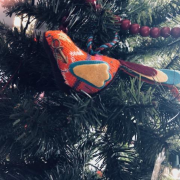 I met my husband 15 years ago this Christmas, with all the trappings of a holiday romance movie: the snow was gently falling, he was in his new Army dress uniform, we talked for hours from the evening of Christmas Eve to the dawn of Christmas Day. I, young and feeling in love, went out and bought a Christmas ornament to commemorate such a lovely meet-cute. Ever since, we’ve had a tradition of buying an annual ornament; our collection is full of reminders of the churches we’ve served, the states we’ve lived in, and milestones we’ve reached as a family.

But there was one year, several years ago, when things were… not good. Our family was strong, but we were in the midst of both professional and personal chaos. Suffice it to say, I wasn’t in any mood to purchase a special ornament to commemorate it.

It came up in conversation a few times that season; my husband and I were very aware there was no new ornament, and we were okay with that.

But then, a few days after Christmas, we were at Target and saw a big clearance bin of ornaments, clearly the remnants of decorations that no one wanted during the season. I mean, ZERO PEOPLE wanted them. They were all damaged and hideous.

Then I saw it: The Bird.

It was oversized and brightly colored — very different from the delicate gold-trimmed ornaments we usually chose. It was crushed from having been pushed repeatedly to the bottom of the bin and was missing a sewn-on eye, a bare thread in its place. The tail was coming unglued and there was inexplicably some sort of plastic fish hook attached to its head.

And it was also 90% off. That thing cost thirty-nine cents.

I held it up to my husband: THIS IS IT. THIS IS OUR ORNAMENT FOR THIS YEAR. THIS BIRD THAT IS THIRTY-NINE CENTS AND MISSING AN EYE.

So we took it home and added it to the tree, talking about how difficult that year had been and what our hopes were for the coming year.

Every year since, as we decorate the Christmas tree, we retell the story of each ornament to our kids. And every year, we recount those struggles, smiling at the symbolism of this ugly bird on our tree that serves as a reminder of the year that didn’t destroy us.

END_OF_DOCUMENT_TOKEN_TO_BE_REPLACED 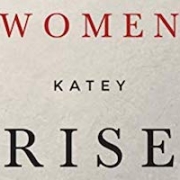 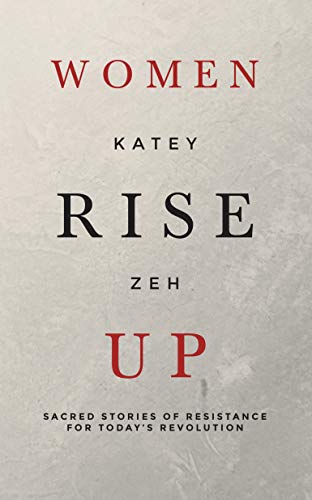 I first met Rev. Katey Zeh before either of us were ordained, at a training around sexual health and reproductive freedom on college campuses. We continued to run into each other through our organizing work. I reached out to her when trying to figure out if there was a way my annual conference of The United Methodist Church could support the organization she was on the board of at the time (and now serves as the interim executive of), Religious Coalition for Reproductive Choice, in the wake of a misinformation campaign in the denomination against RCRC.

Because of the connections we had made previously, the conversation turned to my personal life when she offered me support in the wake of my second miscarriage. She was one of the first people who was able to articulate to me the deep grief not just of the loss of a loved one but the grief of an incomplete family, or a family that looks nothing like the one for which you had hoped. From this woman whose activism and pastoral care has touched my life comes a book called Women Rise Up: Sacred Stories of Resistance for Today’s Revolution, in which her activism continues to inspire me and her writing offers me care I didn’t realize I needed.

Women Rise Up is an exploration of ten different stories of Biblical women in conversation with current realities of women’s experiences and struggles, from human trafficking to purity culture, from immigration to entrepreneurialism. Zeh explains: “I yearn for stories of resilience, of women overcoming systems of oppression who found ways to survive and even thrive despite the constant threats to their bodies, their humanity, and their livelihood.” She did not hear many of those stories preached when she was growing up in church, but she has seen them in her organizing work and in her own life.

Unlike some celebrations of Biblical women, Zeh is clear that even when she celebrates their bravery, these women are complicated. Sarah is celebrated as a mother of faith in many churches traditionally, but she perpetuates the abuse she received from her husband on her slave Hagar. Rachel also abuses her handmaid, and Zeh reminds us that Rachel does not name her son Benjamin but rather Ben-Oni, “Son of My Sorrows.” Moses’ mother, she reminds us, is a clever hero, but one who still underwent a devastating reproductive loss even if it was to save her child. Rev. Zeh strives to read the stories of these women in new ways, ones faithful to scripture itself and to our own complicated lives. END_OF_DOCUMENT_TOKEN_TO_BE_REPLACED