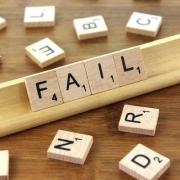 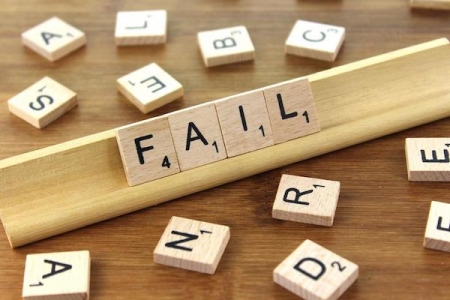 I doubt anyone really enjoys failing, but some of us seem to be especially hard-wired to avoid it at all costs. Failure doesn’t feel good. It doesn’t make us look good. When interviewing for a new job, one doesn’t often lead with a list of greatest failures, but some are suggesting that, perhaps, we should.[1] They tout the benefit of “failure resumes,” which are likely to be far longer and more extensive than the real resumes or CVs we present to the world.

In my denomination, the Presbyterian Church (USA), our call process invites candidates to answer four narrative questions: 1. Describe a moment in your recent ministry that you recognize as one of success and fulfillment. (Forget failure – let’s talk success!) 2. Describe the ministry setting to which you believe God is calling you. (A successful one?) 4. Describe a time when you have led change. (If we’re honest, this invites talking about failure, because leading real change inevitably involves some failure along the way).

It’s the third question that has always baffled me. 3. What areas of growth have you identified in yourself? Is an “area of growth” a place where we have grown and shown more success? Or is it a place where we identify more room for growth – and thus places where, perhaps, we have failed? In conversation with colleagues, the resounding answer was the former, following the general rule that nothing negative should be written on the form.

We’ve all been coached to answer questions about weaknesses by highlighting our strengths, right? I’m reminded of an episode of The Office, one of my favorite shows, where Michael Scott is in an interview and asked about his greatest strengths. Instead, he responds: “Why don’t I tell you what my greatest weaknesses are? I work too hard, I care too much, and sometimes I can be too invested in my job.”[2] Whatever the field, we want to put our best foot forward. Competition can be fierce. Why hobble ourselves by exposing failure, no matter how big or small? END_OF_DOCUMENT_TOKEN_TO_BE_REPLACED 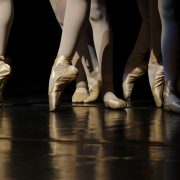 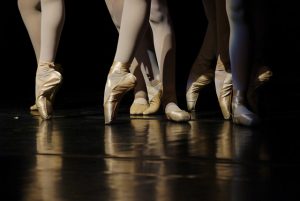 A word
about vulnerability:
This morning, I revisited my first love–
ballet class.
I haven’t danced in years.
I have lacked the courage to step
into dance studio space
for a while now,
because
I’m overweight,
and society says:
Shame on you.
I’m out of shape,
and the dance world says:
Shame on you.
I am carrying many burdens right now
emotionally and physically.
Society says:
Keep that to yourself.
So I did what I used to tell my students to do.
I took it to the studio
and

I lacked strength,
endurance,
balance.
I struggled to learn and remember combinations.
I lagged behind everyone else in the class
and made a lot of mistakes.
I was dancing alongside Juilliard graduates.
People could say
I made a fool of myself.

But I held my own.

Alongside some of the best dancers in the world.
And when I thanked the teacher afterward,
she said,
“You looked really beautiful.
You really must have danced pretty seriously before.”
I don’t know
what made the nourishment of dance
finally outweigh the starvation
of fear,
shame,
and insecurity.
But it was helpful to be reminded
that vulnerability
is a risk
worth taking.