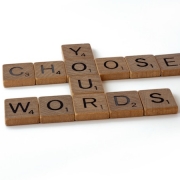 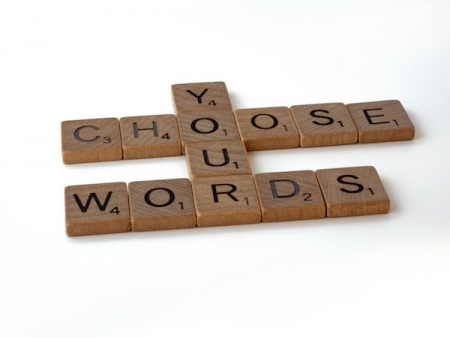 Oh, The Conversation. We’ve all had it. It’s a vocational hazard of being a female pastor. It often begins with the uncomplicated question, “What do you do?” But we just don’t have an uncomplicated answer, do we? Not only are there people who don’t know women can be ministers; there are also plenty of folks who believe women shouldn’t be ministers.

In the time since my ordination, I’ve gotten a better at navigating The Conversation in all its permutations. A lot of practice and a little bit of confidence go a long way. I try to be gracious and understanding and educational, but sometimes I wish I could just be feisty. Recently, a guy came to do an estimate for some work in the parsonage. He knew it was a parsonage, so when I opened the door to let him in, he asked, “Are you the pastor’s wife?” I politely explained that no, I am the pastor, but I can’t tell you how badly I wanted to retort, “Are you the sub-contractor’s husband?”

I wrote this story a couple years ago, when I was still quite new to The Conversation. I called it “What It’s Like to Be a Female Pastor with a Back Condition”:

My back has been out for days. I use that phrase sort of loosely, because it is not the kind of back outage that happens in the movies, where the middle aged guy gets stuck bending over. When my back “goes out,” I experience excruciating back spasms for two-four days, even though I can move around and all that. I can sit, stand, do push-ups, raise the host – you name it, I can do it, just very, very painfully. I’ve tried different treatments with varying levels of relief, from prescription painkillers to getting pummeled at the chiropractor, though ultimately I end up riding the pain waves out.

This weekend my parents were here, so I wanted to find an effective palliative, pronto. On Saturday I called up a new chiropractor and got a 9 a.m. appointment. I must confess that I am generally rather suspicious of chiropractic medicine. It helps – to that I can attest. But the concept of cracking my spine like so many knuckles and insisting that I must return nearly every day makes me suspicious.

The whole science behind chiropractic seems, to my unscientific self, a little odd. Some of it makes perfect sense, but some of the more esoteric strains of chiropractic medicine sound like a crackpot new ager got ahold of the med school textbooks and started drawing in the margins. Despite my reservations, I go. I go because it feels phenomenal to be shoved into a paper-covered massage table until my bones pop. I go because, occasionally, I have stood up and walked away without so much as a twinge.

With the exception of the fabulous sensation of having my neck, jaw, and spine “adjusted,” this chiropractic experience wasn’t so great. I’m still in pain, a record five days after the first nerve spazzed out. But perhaps even worse than that was The Conversation I had to endure during the two hours I was in the office. The well-meaning assistant chiro-practitioner asked me what I do. O, Lord, why hast thou forsaken me? Why must I face The Conversation in my hour of pain? I can’t use the “I’m in graduate school” avoidance route any more. Besides, I don’t want to hide my profession. I want to tell people about my lovely church. But I don’t always have the energy for The Conversation.

“Oh, wow. Awesome. I didn’t know they let women be pastors. Is your husband a pastor? No? Wow, how cool. He married a pastor. Awesome. I go to [insert fundamentalist church]. It’s awesome. I’m really into creation science. Do you know any good books on creation science?”

This particular episode of The Conversation was just about more than I can take. The good doctor was nice enough. He didn’t try to convince me that it is sinful for me to teach men in church. But I already wonder about your profession – why do you have to go and bring up the pseudoscientific realm of creationism? What if my spinal curvature is a remnant of evolutionary inheritance, and a nuanced understanding of how the monkey became the man is essential in properly treating me? I don’t want to have to justify my vocation when I’m nearly in tears because my back hurts and I’m wasting away hour 1.5 of my parents’ brief visit. And I don’t want to be treated by an MD who reads Genesis as a scientific textbook.

What’s your best/worst experience of The Conversation? (Including the times you delivered your best lines in your head!)

Katherine Willis Pershey graduated from Claremont School of Theology and was ordained to the ministry by the Christian Church (Disciples of Christ) in 2005. She and her husband, Ben, have a dog named Atticus and are expecting their first child any day now. Seriously, today would be great. The bag is packed. Let's get this show on the road.

Do You Want to Be Made Well?
Scroll to top