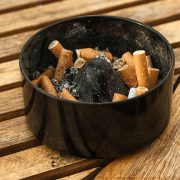 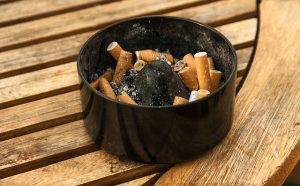 When I was a teenager, I promised myself that I would never buy cigarettes. A few of my friends smoked, and occasionally someone would offer me a cigarette and I would accept. Fearful of addiction, I came up with what I thought was a fool-proof strategy: if I never bought cigarettes, I could only ever smoke when I was bumming cigarettes, and since I couldn’t return the favor, politeness would prevent me from smoking too often. Ten years later, I walked into a corner store sporting a clerical collar and a small baby bump and, for the very first time, bought a pack of Newports.

My beloved congregant Walter was diagnosed with cancer in 2013. An African-American man who worked as a diversity trainer (among other things), he connected easily with people from all kinds of backgrounds, and constantly, lovingly encouraged the congregation to be a model of a community overcoming racism, classism, ageism, and more. He laughed and cried unreservedly. He spoke at length about “Ubuntu” theology, the African theology that emphasizes interconnectedness. As the president of our church’s board, he led the committee that interviewed me and called me as the associate pastor; when I told him with some trepidation, only a few months later, that I was expecting a baby and would need to take maternity leave, he rejoiced. Shortly after my baby Abel was born, we got word that what Walter had thought was a dental issue was in fact a bone tumor forming in his jaw. His diagnosis took us all by surprise – a vibrant man in his early 60s whose father still lived independently, we had all assumed we would have him with us for decades to come, even if we did nag him to quit smoking. They gave him six months to live.

Months passed, and Walter responded positively to treatment, but the doctors were clear that there was no cure for this kind of cancer, only temporary reprieve. When we baptized Abel, I asked Walter to be his godfather, knowing that Abel would probably never remember Walter. END_OF_DOCUMENT_TOKEN_TO_BE_REPLACED