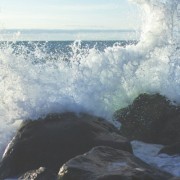 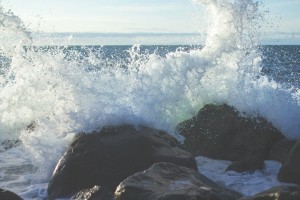 1-2 Friends, let me go over the Message with you one final time— this Message that I proclaimed and that you made your own; this Message on which you took your stand and by which your life has been saved. (I’m assuming, now, that your belief was the real thing and not a passing fancy,that you’re in this for good and holding fast.)

3-9 The first thing I did was place before you what was placed so emphatically before me: that the Messiah died for our sins, exactly as Scripture tells it; that he was buried; that he was raised from death on the third day, again exactly as Scripture says; that he presented himself alive to Peter, then to his closest followers, and later to more than five hundred of his followers all at the same time, most of them still around (although a few have since died); that he then spent time with James and the rest of those he commissioned to represent him; and that he finally presented himself alive to me. It was fitting that I bring up the rear. I don’t deserve to be included in that inner circle, as you well know, having spent all those early years trying my best to stamp God’s church right out of existence.

10-11 But because God was so gracious, so very generous, here I am. And I’m not about to let his grace go to waste. Haven’t I worked hard trying to do more than any of the others? Even then, my work didn’t amount to all that much. It was God giving me the work to do, God giving me the energy to do it. So whether you heard it from me or from those others, it’s all the same: We spoke God’s truth and you entrusted your lives. (I Corinthians 15:1-11 MSG)

A woman preacher is a woman in trouble.

There is that troublesome God who plucks us from the simple linear life that we created for ourselves and calls us into ministry.

There are those troublesome insecurities, that voice that rings in our heads “who am I to stand in front of people and speak. I am nobody.”

There is that troublesome glass ceiling that women have been hurling stones at for generations but that pesky glass is strong and hard to crack.