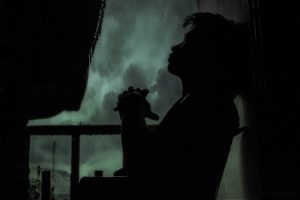 If lament is largely about naming loss, how am I to lead when there isn’t agreement over what is lost?

Increasingly, I look around at the state of the world and my response is to lament. My heart breaks at all the violence and injustice. In my ministry, I oversee and plan corporate worship every week and, correspondent with my personal desire to lament, I have grown in my desire to create space in worship for public lament.

I serve, however, in a majority-white congregation that is decidedly mixed in its political and socio-economic identities. It has been a challenge at times for me to serve in the purple context of Maumee, Ohio. If lament is largely about naming loss, how am I to lead when there isn’t agreement over what is lost?

In August 2017, James Fields, Jr., most recently a resident of Maumee, Ohio, drove his car into a gathering of counter-protesters in Charlottesville, Virginia, and killed Heather Heyer. In response, I explicitly named white supremacy as sin and condemned it, full stop, from the pulpit. Some people thanked me sincerely afterward, but others were less receptive. One church leader threatened to leave the church because I was “taking cues from the media and not from God’s Word.”

The next week, I was speaking with a church member, and she said to me, “I just don’t understand. There is so much hatred in the world right now.” I nodded vigorously; I was thinking of the KKK. But then she continued, “Why those people want to tear down historical monuments make no sense to me. It’s history!” My nodding stopped. I realized in that moment just how much disagreement there is in a purple church about what hatred looks like. END_OF_DOCUMENT_TOKEN_TO_BE_REPLACED