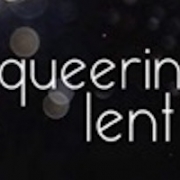 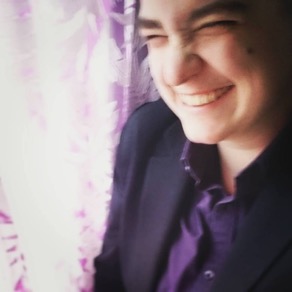 When I began to write about God, I was 20 years old, reeling from the end of a four-and-a-half-year relationship, and still struggling to piece together my faith two years after returning to Christianity after a long period of agnosticism. There was very little that made sense to me that summer as I ached for the future I’d lost and searched for glimpses of the God I had once cut all ties with. It was out of the longing and the hurt and the confusion that I found words.

As I worked to intentionally reconnect with God, as I faced the reality of no longer being part of a pair, I strung together poems that were (I didn’t realize then) defining my lived theology. I discovered a God who was infinite and terrifying, playful and beautiful, and I worshipped this God in my words.

I kept these poems hidden. I’d compiled them into a document that I’ve only ever sent to those I felt a particularly close relationship with. I can count on my hands the number of people who have seen them in the decade or so since. There was something so intimate about the idea of letting people see this part of me, so I knew these poems had to be guarded and protected.

Eight years later, I graduated from seminary. While I am grateful for many things I learned and people I met while at seminary, there was a lot about the experience that was draining. My seminary had no real queer theological presence on campus—I’d slipped out of the closet as non-binary towards the end of my first year there, and I spent the rest of my time educating administration and pushing for gender-neutral restrooms and housing.

Another part of myself that I felt slipping away was the part of me that became curious about seminary in the first place—the poetic part of me that wanted to get to know all it could about the mysterious, glorious, confusing and incredible God I had met one summer in the mountains years before. Instead, I found myself picking up the beliefs that so often come with seminary and have nothing to do with God. The belief that my value came from exam scores. The need to have a ministry-related job that could be easily understood in a few words upon graduation. The sickening feeling that I had to compete, win, and be the best.

So, as I looked towards my Lenten discipline for the year after I graduated seminary, I knew I had to reconnect with the parts of myself that I’d neglected while in school. I needed to nurture both my queerness and the part of my faith that could not be expressed in a clean exegesis paper. The discipline I landed on was simple: write one poem, connected in some way to God, every day. The twist for me was my accountability check: I would post the poems on Facebook. END_OF_DOCUMENT_TOKEN_TO_BE_REPLACED