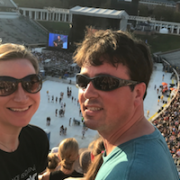 If then there is any encouragement in Christ, any consolation from love, any sharing in the Spirit, any compassion and sympathy, make my joy complete: be of the same mind, having the same love, being in full accord and of one mind. Do nothing from selfish ambition or conceit, but in humility regard others as better than yourselves. Let each of you look not to your own interests, but to the interests of others. Let the same mind be in you that was in Christ Jesus,

who, though he was in the form of God,
did not regard equality with God
as something to be exploited,
but emptied himself,
taking the form of a slave,
being born in human likeness.
And being found in human form,
he humbled himself
and became obedient to the point of death—
even death on a cross.

Can’t we all just get along? In the midst of all the turmoil and division in the U.S. and countries around the world, prayers for peace and unity continue. I will always pray for peace and unity. But I’m having more difficulty with the calls for unity, which don’t seem to recognize the costliness of it.

Unity is important; division can destroy. I haven’t kept up with all of the investigations of how Russia may or may not have influenced the U.S. presidential election last year, but the most recent news has captivated me. Russian operatives created and disseminated thousands of ads and fake news stories – on both sides – through social media. The goal was to heighten the divisions between Americans even further, to increase the emotional and visceral reactions, to foment such unrest and hatred internally to tear at the fabric of our democracy. The effort continues, such as with the recent #takeaknee and #standforouranthem social media divides.

Mission accomplished? These campaigns didn’t create the divisions in our nation, but they certainly have fed the beast. END_OF_DOCUMENT_TOKEN_TO_BE_REPLACED