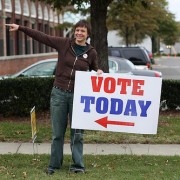 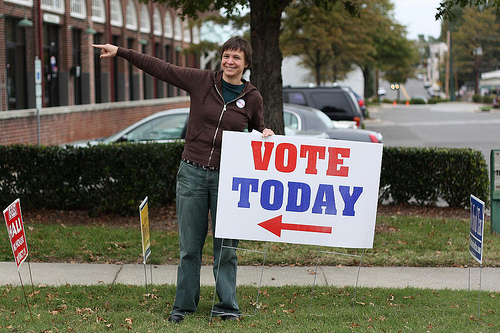 Last Sunday I was ordained.  It was a beautiful service with everything one would expect, including cherished hymns, a charge to the candidate and congregation, the presence of a beloved tapestry of people I am blessed to call my community, and, of course, the laying on of hands.  Then there were the elements of my ordination that were a bit out of the ordinary, such as the outing with my mom, sister, and friend in which we all got tattoos.  The inspiration for the tattoos we each got, at least for my mother, sister and I, was a Scripture verse that my ordained Baptist mother would say as a blessing to her daughters every morning as we grew up:  “You are God’s beloved daughter, in whom She is well pleased.”  There was also the Beer and Hymns party, which is quickly becoming a favorite way for my church to celebrate ordinations.  But the element that made my ordination stand out the most is the fact that I was not being ordained for work in the parish, pastorate, or some other form of “traditional” ministry.

My calling is to the public square and to the prophetic role of the Church.  The fire in my bones is the intersection of faith and politics.  I work in political consulting and do faith and values outreach and messaging.  Needless to say, having a job centering on the two things you are not supposed to talk about in polite company certainly doesn’t make me popular at parties.

I was initially called to this work because I had become convinced that the current state of religion and politics in the country is damaging our political discourse and harming the Christian witness.  I was also inspired by the impact I believe the Church can have in the world.  I believe that faith is bigger than the Religious Right and the Church has an important calling to speak a word of truth and hope to the nations.  That is the conviction that took me to Divinity School.  It’s the conviction that sustains my current career in political consulting and non-profit issue advocacy.  And it is what eventually led me to ordained ministry.

My story is not unique.  I’ve heard it again and again from the lips of so many that I know it resonates with a number of people, but I also know that it is one that is discomforting.  As a Baptist, the theological imperative of church-state separation is ingrained into the very fiber of my being.  Along with everyone else, I’ve seen how much damage can be done when religion and politics are combined.  But I’ve seen the other side as well.

Most of the great movements and institutions in our country were started in the pews, from Abolition to women’s suffrage, from workers’ rights and child labor laws to Civil Rights.  Our impact is felt outside the history books as well.  In recent years I have seen firsthand how the public witness of religious leaders has bent the long arc of the universe just a little more towards justice.  Due in no small part to the prophetic witness of the Church, the Senate ratified the New START treaty which marks the greatest reduction in global nuclear arsenals in a decade; Congress passed the RESTORE Act, which is helping countless families on the Gulf recover from the devastating BP oil spill; and even though it is still embroiled in controversy, because of tenacious nuns fighting for healthcare, millions of Americans now have access to life saving medical treatment.  Our country is better when our religious communities participate in finding solutions to our challenges.

Even those who agree with this narrative may still question whether ordination is appropriate for people who engage in this type of public witness; it’s a question I wrestled with for quite some time.  There are number of reasons I ultimately believe a call to the prophetic role of the church is ordained work.  For starters, there is the public and personal accountability it puts on those of us called to this work.  Most importantly, however, I think it has an important impact on how people view the work of the Church.  When properly viewed, the Church is not a physical location or activity on Sunday morning; it is a manner of living and a way of inhabiting the world.  There is a lot of cynicism around politics.  But if we believe what our faith teaches, that following Christ really can transform our lives and our world, then we need to carry that belief into every aspect of our lives, including the public sphere.

When we ordain those called to ministry outside the parish walls we embolden people to imagine how the redemptive work of God can be done in every corner of our hurting world.  And in a world that is desperate for healing, hope and reconciliation, that imaginative capacity can be truly miraculous.  The Church has a story to tell, a story that shatters the sword and drives out fear, a story that can change our world and even our politics.  May we be bold enough to tell it.

Rachel Johnson is an Associate with the Eleison Group, a consulting firm that specializes in faith-based outreach for Democrats and progressives. She also serves as Programs Director for the American Values Network, a non-profit advocacy group that works with religious communities. Prior to Eleison, Rachel worked as Mississippi field director for Common Good Strategies doing faith outreach for Democratic candidates. She is also Managing Editor of the blog FaithfulDemocrats.com.  Rachel holds a bachelor’s degree from the University of Virginia and a MAR in Theology from Yale Divinity School. She was ordained in October 2012 at Calvary Baptist Church in Washington, DC where she is an active member and deacon.

Editor’s Note: Leading up to the election, Fidelia’s Sisters will publish articles written with a political flair. We will consider what it means to be political, to be clergy and to be young women.