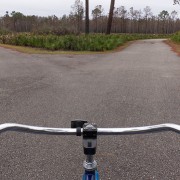 Elizabeth Grasham originally published a version of this article on her blog. 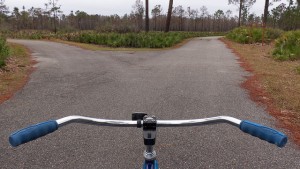 I knew my marriage was deeply and catastrophically unhealthy when I would daydream about how much easier life would be if my ex-husband was killed in a car accident or had a sudden heart attack. During those morbid ruminations, the crux of the relief rested on how “acceptable” it would be for me to move on, to have a new life. That kind of unexpected, un-asked for tragedy would free me from the painful marriage I was in without me having to “end” it with a divorce.

Then, my ex-husband went to jail for the sexual assault of a minor. Which, honestly, fell into the “acceptable way to end a marriage” category that I had been pining for. Who could blame me for divorcing a man who had so clearly disregarded my safety, the well-being of a teenager, the unborn son he had yet to father? I mean, didn’t Jesus even give me a clear exit (Matthew 19:9)?

Except that’s not how those decisions get made. Not by a long shot.

I sat with my “acceptable out” for almost two years before I made the decision to pursue a divorce. Two years of counseling, life changes, grief and prison visits. People who haven’t been through trauma like this have absolutely no context for the upheaval it causes, spiritually or metaphysically. I’m not and never have been a member of the armed services, but I did experience PTSD symptoms in the wake of my ex’s incarceration. I became detached (a detachment that leaned towards dissociation), I felt unable to experience positive emotions, I was persistently overcome by shame and anger, but I still had to care for my 19-month-old son and function in the same environment. The trauma didn’t stop for quite some time. In the midst of my trauma, I was in no shape to make another life-altering, traumatic decision like divorce.

I needed time to make a huge decision without being surrounded by all the mayhem of the original trauma. I needed time to process what had happened to me: not just the crimes my ex-husband had committed, but also how those crimes had been the culmination of continued and unabated infidelity towards me. He didn’t use Ashley Madison—his dark internet alley to pursue other women was none other than Craigslist.

Even knowing that, that there had never been in a time in our relationship when he was actually faithful to me, I still took two years to divorce him. My family and friends never guilted me or tried to convince me to stay; they were always firmly on my side and I knew that no matter what I did that they would love and support me. My Christian community never shamed me about the possibility of divorce; I had advocates within my denomination who assured me I could find work in other churches. I took two years to decide to leave.

Because of all that, I need everyone who hasn’t been through revelations of infidelity and sexual assault of a minor to quit laying down their opinions about the Duggars…specifically, about why Anna should leave Josh, or why she shouldn’t.

Her life is remarkably different from mine: we were raised in totally different schools of Christianity, we have different education levels, we have different family structures. I only have one son, and she currently has four children. I don’t know that we would agree on much at all. But as the Duggar scandals have spooled out over internet and TV, I’ve felt hurt for her deep down in my heart. I have some clue to how she might be feeling.

She has every reason to leave her husband and have it be deemed “acceptable” by the world at large. Child molestation and rampant infidelity? Check and check. Would her family accept a decision to divorce? Well…that’s different. But even if she were in an environment that made divorce a viable option, we have no right to dictate the response she should make to this incredibly tragic series of events. “Quick! Everything you thought about your relationship was a lie and the only man you’ve ever had sex with has betrayed you and possibly put your health in jeopardy! Now, leave behind the only life you’ve ever known with your four children and no job skills and start over!”

Stop crowing over the continued unfaithfulness of husbands. Or wives. Was Josh Duggar a hypocrite who lived in direct contradiction of his values? Yes. That’s tragic, my friends, not grounds for a party.

Stop smugly pretending that you could recover from trauma of this scope on a quick time-table. Anna is living in, what I guess to be, an emotional hell, and doing so under media scrutiny and in the midst of taking care of three kids and a newborn. In a cultural environment that doesn’t encourage therapy. How could she POSSIBLY be healthy enough (at this point) to make a decision of that magnitude?

Please, I beg you as one of the many women who have lived through this kind of personal apocalypse, stop it. The incessant avalanche of confused “Is she stupid? How can she possibly stay?” is ungracious, unloving and thoughtless. Instead, I suggest you use your energy to improve child safety, teach our children about healthy attitudes around sex and relationships, or maybe foster environments that care for families in the aftermath of loss. All that can lead to prevention of more tragedies like mine, like Anna’s. And isn’t that what we actually all want?

Elizabeth Grasham is an ordained minister in the Christian Church (Disciples of Christ), currently serving as the Solo Pastor of Heights Christian Church in Houston, Texas. She is a geek, wife, mother, and lover of baked goods.

To Till the Ground

Taste and See
Scroll to top