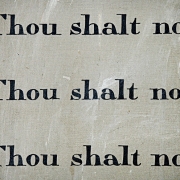 *The title of this article is borrowed from Thomas Long's article of the same name, published in the April 17, 2007 edition of the Christian Century. But since the author clearly credits her source, we will assume that she is not committing an act of plagiarism. 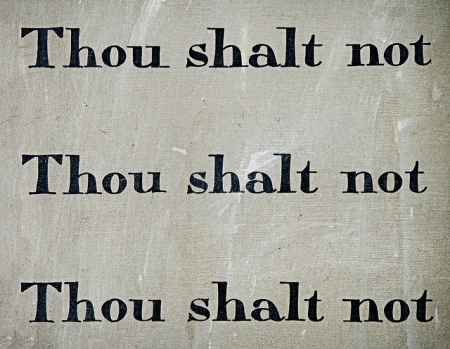 For the last couple Decembers, I’ve watched the ordinarily light traffic to my blog skyrocket. It isn’t that I get more interesting during Advent – one of my most recent posts was a humdrum complaint about insurance costs in my adopted state of California. I’m a run-of-the-mill blogger, writing for myself and for the small community of family and friends who at least pretend they like updates about my dog. But in 2005, two sermons I’d posted on any day a beautiful change were linked on Textweek, my favorite clearinghouse of materials for worship and preaching preparation. As the Advent and Christmas season rolls around, hundreds of preachers, teachers, and students-of-the-Word click over to read my words (or, as the case may be, scan and summarily dismiss them).

I admit that I love the feeling I get when I consider that the results of my prayer and study might help other preachers bear gospel fruit in the pulpit. I know how grateful I am for the insights and wisdom I discover through my weekly visits to Textweek. Reading commentaries, reflections, and sermons is an invaluable part of my preparation. I find my own voice in part by listening to the voices of others. During my first year of ministry, I didn’t always trust my voice – so young and so female—so adding it to the chorus challenged me to a new level of confidence.

Then things got interesting.

The December 2006 quotations column in Christianity Today included an excerpt from one of the linked sermons – my first Christmas Eve homily. It was completely surreal to see my words on that page; all the other quotes were from theologically orthodox men, and there I was. Well, there “Katherine Perchey” was—my name was misspelled, but whatever. The typo helped me keep my humility when I saw my words alongside such luminaries as Augustine of Hippo and John Piper.

A few months later, I read Thomas Long’s article about sermon plagiarism in the Christian Century. In “Stolen Goods,” Long addresses the rampant plagiarism among contemporary clergy. The advent of the Internet has made it easier than ever to “borrow” the sermons of other preachers – and it has also made it easier to discover such indiscretions. The article piqued my interest in how the quote from my Christmas Eve homily was credited by the preachers who used it in their own work. Though I had ego-googled “Perchey” when Christianity Today came out, I hadn’t googled the actual quote.

I typed in a few words from the quote. A handful of church websites and sermon blogs came up. A few preachers had used it in conjunction with variations of that honest trick, “As another preacher has said.” I’ve used that trick; sometimes it’s just unwieldy and overly academic to attach a name to a quote, and anonymous attributions are better than none at all.

And then, after clicking on one of the search results, I froze. There was the quote, surrounded not by quotation marks, but by the entire text of my sermon. I couldn’t believe what I was seeing. This was not merely heavily inspired by my manuscript; this was my manuscript. I scrolled down to find the footnote indicating that this was not the original work of the preacher whose name was proudly listed on the sidebar; the footnote wasn’t there. As I scanned the words, I noted with more than a little bitterness that the only altered sentence was the one in which I had mentioned how much I love my friend Rosamond’s sweet potato casserole. The Reverend Plagiarist at least had the decency to insert his own favorite Christmas treat.

By the end of the hour, I had discovered a second instance in which the whole manuscript had been preached and published in full. By the end of the day, I had fired off irate emails that called out the plagiarism and requested that the manuscripts be taken down immediately. By the end of the week, both pages had disappeared from the web. One of the pastors offered a short yet sincere apology, blessedly free of justifications. The other pastor never responded.

This whole episode left me angry and rattled. Preaching is a deeply personal and profoundly spiritual practice for me. The alchemy of text and context is exhilarating, and even though I whine about the weekly “grind” as much as the next person, the fact of the matter is I love writing and preaching sermons. I thought of myself as a preacher even before I thought of myself as a pastor. Sermon plagiarism was thievery that cut to my soul.

In addition to that gut reaction, I found myself acutely aware of what a vulnerable position I was in. If an unscrupulous pastor is willing to preach – and publish – another pastor’s sermon manuscript, what’s to stop him from insisting that said manuscript is his original work? As far as I could tell, both plagiarists were middle-aged men who’d been around the Christmas Eve sermon block a few times. In the imaginary courtroom for ecclesiastical plagiarism, wouldn’t the jury give the seasoned professional the benefit of the doubt, and tar and feather the young female novice? I worried that my integrity and trustworthiness as a preacher would be compromised if my congregation considered for even a moment that I might preach another’s manuscript as my own.

After uncovering this small scandal (Long calls it “homiletical petty larceny”), I stopped publishing sermons as often. I’m ambivalent about that decision, and have slowly begun to add new manuscripts to my church website. I do want to keep contributing to the pool of wisdom that continues to sustain my study. I also know that sharing the gospel is more important than protecting my reputation.

But come January, I will be googling that phrase again. If I find the manuscript attached to somebody else’s name and church website, this young female novice will have the heck halfway up the flagpole before the Magi even arrive at the manger. Mark my original words.

Katherine Willis Pershey pastors a Disciples of Christ congregation a few blocks from the coast in Southern California. (Someone has to do it, right?)

Katherine's hobbies include knitting, obsessing over music, and doggedly investigating plagiarism cases. She and her husband are expecting their first child in January.