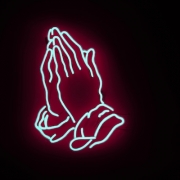 Picture, if you will, a group of buddies preparing to go out and raise a glass to celebrate the
holiday of your choice. One of the more responsible friends asks, “So, who’s going to be the designated driver?” And then…silence sweeps away the talking and laughter as each person looks at the others, trying to decide whose turn it is to take on this necessary holiday role.

Flip to a scene of Thanksgiving or Christmas festivities with family and friends gathered around, laughing and joking, preparing to finally chow down on turkey and stuffing and pie, until one lone person raises the question: “So, who’s going to say grace?” And the entire room falls silent in an attempt to de-volunteer.  Another holiday role emerges, less public but just as valuable: the designated pray-er. 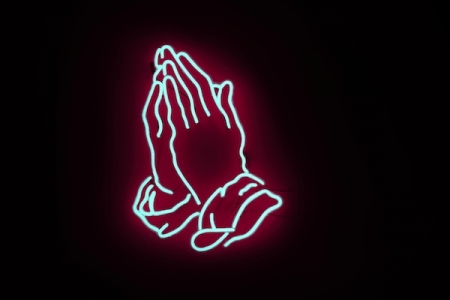 The designated pray-er (DP), like the designated driver (DD), has become a crucial role for many families. The DD takes on sobriety in order to ensure the safety of all. The DP assumes a mantle of leadership and ritual that allows festivity to be carried out in the name of God. And both positions have the distinction of being cherished most by those who do not occupy them.

It’s easiest to find a DP if you can find someone in your family who actually enjoys praying out loud. Another alternative is to establish a DP based on someone’s position within a family. You might choose the matriarch or patriarch of your clan, or let the honor rest with the person hosting the meal. Others might cast lots for the privilege, or draw numbers from a hat, or come up with another equitable way to share the responsibility. If all else fails, there’s always the time-honored solution of waiting until the silence becomes unbearable for someone, who bursts out with, “Okay, I’ll do it!”

My family has been lucky enough to have a DP for as long as I can remember: my uncle. Sometimes self-elected, sometimes asked by the host or hostess, he is often the de facto choice. He is, after all, a responsible oldest-child type and the crown patriarch after his father passed away twenty-nine years ago. Not only that, he actually enjoys the responsibility. He owns it. He takes it very seriously. He IS
the Prayer Master. He frequently becomes emotional while engaging in prayer. One Thanksgiving, my cousin actually said, “My dad has disappeared into my room with the Bible and a dictionary…I’m not
quite sure what we’re going to get.”