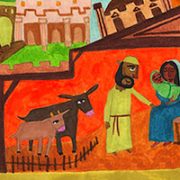 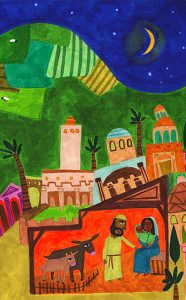 Those were the stories that shaped me and formed me as a child. END_OF_DOCUMENT_TOKEN_TO_BE_REPLACED 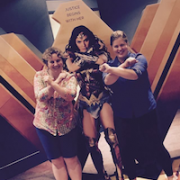 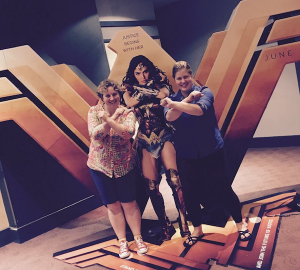 After seeing Wonder Woman, I nearly got a tattoo. I imagined a WW, the size of a postage stamp, on my left shoulder. But I had an infant to feed, a babysitter to pay, and no time for the tattoo parlor. I left that theater, though, a changed woman – tattoo or not. If you read no further: go see Wonder Woman. Here’s why.

I never realized I needed a hero. Or, rather, this kind of hero. I have Elizabeth Warren, my grandma the WWII nurse, and Jo March. I’ve never felt that my vision for myself was restricted by all of the Batmen and Supermen out there. (Michael Keaton was my first Batman, which may explain my heretofore complete lack of interest in superheroes.)

More to the point, as a Christian, I never realized I needed a hero, because I have Jesus. In dozens of children’s sermons, I have lifted Jesus up as the superhero-par-excellence, emphasizing miracle stories and Jesus’ secret weapon (spoiler alert: it’s LOVE, guys). I have encouraged boys and girls alike to direct their admiration to the hero of the Gospels.

And yet, my thirty-four-year-old self wept in awe in a dark theater in Manhattan as I watched Wonder Woman, and saw myself in her.

I saw myself in the little girl, Diana (Wonder Girl?), watching the Amazonian women train for battle. These women were FIERCE, their thighs the size of fire hydrants. These women were LOUD – no meek sexy-cries for these ladies. They sounded like athletes. They WERE athletes. And, they were dressed appropriately! I almost walked out of a theater a couple of years ago when I saw the newest Jurassic Park, where some director made poor Bryce Dallas Howard – ostensibly a research scientist – run in high heels from ferocious mutant dinosaurs for two hours. No. Just no.

Wonder Woman wears appropriate footwear. We watch as she grows up on the island of Themyscira, training with her mother and aunts. We also learn the backstory of the Amazons: that they were placed on the island by Zeus to prepare for a future time of war brought about by Ares, when the Amazons would be called upon to destroy Ares and restore peace to the world.

War, in the form of handsome pilot Steve Trevor, crash-lands near the island. Diana hauls Steve out of the ocean, in a scene that nicely reverses some childhood imagery from The Little Mermaid. Unfortunately, he is followed by the Germans, whom the Amazons engage in fierce battle on the beach. END_OF_DOCUMENT_TOKEN_TO_BE_REPLACED