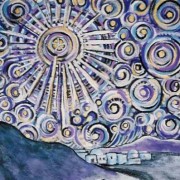 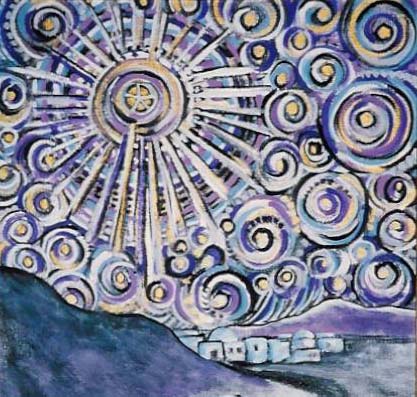 You might be a preacher if …
the refrains in your head
after the non-indictment of Michael Brown’s killer in Ferguson, MO
are
“your brother’s blood is crying out from the ground”
and
“Rachel is weeping for her children.
She refuses to be consoled,
because they are no more.”

O, that you would tear open the heavens and come down!
was easy to cry out in the first week of Advent.
“Come, Lord Jesus!” is the refrain of the Advent season.
That longing for a world that is not yet here.
A world for which we must keep awake!  Keep alert!

Many of us have been asleep, unaware
of the depth of injustice and systemic racism in our nation.
Others are all too aware –
going to sleep has never been an option.
And still others have no trouble hitting the snooze button
and going back to sleep, time after time after time.

Black lives matter.  We long for a world that is not yet here.
Nine days later, Eric Garner’s killer, in Staten Island, NJ
was not indicted.

It’s Peace Sunday, but all I can think of is
they have treated the wound of my people carelessly,
saying, ‘Peace, peace’
when there is no peace.
People don’t seem to be too clear on what peace means.
Not breaking windows?
“True peace is not merely the absence of some negative force-
tension, confusion or war;
it is the presence of some positive force-
justice, good will and brotherhood.”

Reading the lectionary texts for Advent 3,
I couldn’t help but notice Isaiah’s words,
the same ones Jesus claimed
for his mission statement in the gospel of Luke

The spirit of the Lord GOD is upon me,
because the LORD has anointed me;
he has sent me to bring good news to the oppressed,
to bind up the brokenhearted,
to proclaim liberty to the captives,
and release to the prisoners;
to proclaim the year of the Lord’s favor

And the Magnificat! It’s time for action, these texts seem to say.
Yes, we know, the distance between our world and God’s justice is great.
But you knew that. Get to work!
You have a mission.
My feet have been itching to hit the streets, to plant myself,
to take a stand.  But classes and children have intervened.

And then on my very last day of class, the one I didn’t want to go to,
the bespectacled professor says, as we finish our semester on Luke-Acts:
“Luke clearly shows us a two-tiered justice system.
Look at how Paul is treated as a Roman citizen
compared to Jesus, a Galilean peasant.”

The next day found me marching in downtown Oakland, chanting,
“the whole damn system is guilty, guilty!”
We brought the kids.

(Then I had to explain race and racism to my second-grader.
We just moved back to the United States
after almost four years living in Nicaragua.
Yet another cultural difference.
She’s working hard to figure out what skin color and ancestry
have to do with running,
and isn’t clear on which of her classmates are “black.”
“That court was so rude!” she said.
Also, “Wait, Mike Brown wasn’t from a long time ago?”)

But I came back to these texts
after reading a powerful piece
asking White preachers to be aware of their privilege.
And after reading articles and hearing stories about White activists
behaving inappropriately, claiming to speak for black people
or changing “Black Lives Matter” to “All Lives Matter.”

And I heard a different message.

God has brought down the powerful from their thrones,
and lifted up the lowly;
he has filled the hungry with good things,
and sent the rich away empty.

John the Baptist lays it out: “I am not the Messiah”

Yes, we White preachers should use our voices
to speak truth about racism even when it’s
uncomfortable.

But that doesn’t make us the ones anointed for such a time as this.
I am not the Messiah.
The leaders of this movement are young and Black.

As a White person,
I benefit from a system that kills Black men, boys, women, and children
as a matter of course.
The whole system is guilty.
And I am a part of that system.
Not the lowly part, or the poor part.
Confronting my own privilege
is harder than turning out for a march.

Two recent police killings of Black men
have brought this refrain to the lips of many:
Black Lives Matter.
Many things about police departments need to change.
But we who have any degree of power,
and receive any measure of security,
are complicit in this system.

Police officers are the foot-soldiers, on the frontlines
of the criminal judicial and penal system.
They did not declare the war.
To the extent they act out of prejudice and fear,
it is because they have been formed by the same racist culture
in which all the rest of us were born.
That prejudice is widely shared.

All of the institutions in our society
still need to learn the lesson:
Black Lives Matter.

We who believe in freedom cannot rest until it comes. 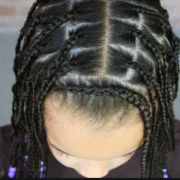 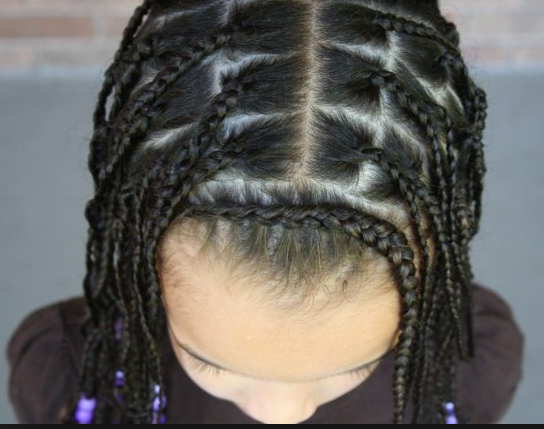 My shoulders are tired this afternoon. Most of that is soreness from doing hair yesterday. All of yesterday: 10 hours of washing, conditioning, putting in product, brushing, combing, parting, twisting. 10 hours from which my daughter emerged with a beautiful head full of dark brown twists. Gorgeous. She is funny. She is smart. She is beautiful and I love her.

She is my daughter. It’s me or my husband who comfort her after bad dreams, dose out the ibuprofen in the midst of a horrible cold, or drive to dance lessons. We are the ones who remind her to pick up her room, to put the dishes into the dishwasher, to finish packing up her back pack. At first glance, we may not look like her parents, but we are. I am not a person of color. I am, in my colleague Rev. Michael Russell’s words, “a person of white.” We are a multi-racial family. We are not alone: 15% of the United States today are part of multi-racial families. That’s about 21 million folks.

I have sat at a kitchen table with a good friend, laughing, telling stories, and watching and listening as my friend reminds her teenage son about how to interact with the police should he be stopped for “DWB” (driving while black). “I know, Mom,” he says, “I know: you’ve told me.” She reminds him that she loves him. I have sat there, hearing this conversation, and for the first time realizing this could be my conversation with my children in a few years. END_OF_DOCUMENT_TOKEN_TO_BE_REPLACED