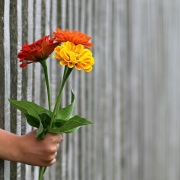 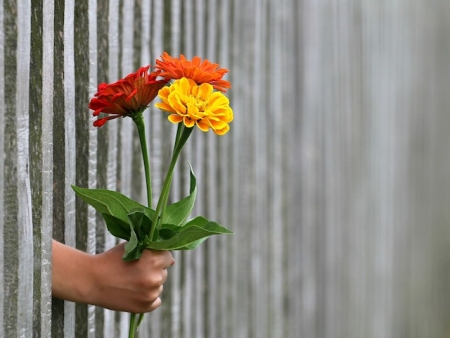 Each Mother’s Day at worship, one of my first call churches in the mountain valleys of Pennsylvania gave out flowers to all the women of the congregation. The children came forward at the end of the Mother’s Day service and walked out into the small congregation bringing a flower to each woman there. Grandmothers and great-grandmothers, sisters, aunts, and women who were never able to bear children themselves all received flowers from the children that day.

The first year, I noticed that because I was up front leading worship, none of the children thought to bring me flowers. Considering that I was helping organize the flower giving, I was not surprised, really. The second year, I noticed that one of the pre-schoolers became very confused. She would look at me and then ponder a flower, as if debating, “Does the Pastor count as a woman?”

You could see the furrowed brows on her puzzled face. It was an amusing moment for me and for the handful of congregants who noticed her dilemma. I believe that in our role as pastors sometimes, our humanness is overshadowed by the ministry we do, especially for those of us from liturgical traditions that wear robes. The next Mother’s Day, I was expecting our first child. The congregation had already thrown a baby shower for us and included all the children. My robes billowed out around my growing belly. Amazingly, that year, all the little ones knew with certainty that I was a woman and raced to be the
first to give me a flower.

I learned in those moments that being a mom, in the children’s eyes, defined me as much as being their pastor. These same children asked every week if I knew whether the baby was a boy or a girl, though we were never able to discover the baby’s gender. The children wanted to help with our baby during church services, even though she came to church with a very protective and capable young woman as her babysitter. Our baby was the church baby, and I became the church mom.

I noticed a change once we had our little one. To the toddlers, I became a lap on which to sit. Children I met only a few times as visitors or at Vacation Bible School came up and hugged me as we went for a walk as a family. To the teens, I became more of an advice giver. While I will always be the pastor, I am also now a mom, to far more children than my husband and I will ever have on our own. Our daughter has been graced with an extended family that calls me pastor, though to her I am her “Momma Bear.”