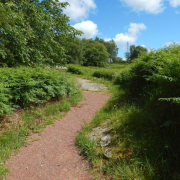 More than five years ago, I came to a junction in my life. My husband and I had to make decisions about where to live, how to proceed on our career paths, and when to have children. I remember the pressure of asking myself really big questions. Who is God calling me to be? What is the best path for my current and future family? Where will we be happiest? It was intimidating to try to find a single good answer to these questions to ensure that I’d be 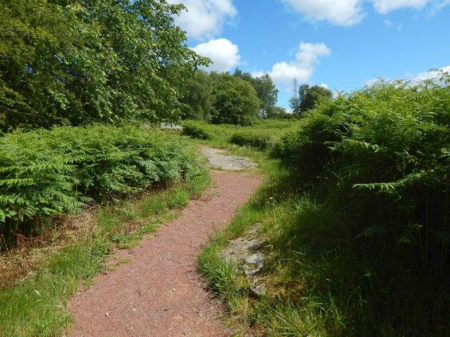 following God’s will for my next steps. I’d been taught in business leadership literature that you have to have a vision first so that everything else can line up with the vision. It left me thinking I had to get the big picture right if I were to be aligned with God in the details.

But not everything, and particularly not our spiritual lives, can be filtered through current leadership trends. While I was wrestling with discernment, I stumbled across twin terms from a 12th century monk named Ignatius of Loyola. Ignatius encouraged people to pay attention for instances of consolation and desolation in their days. Consolation refers to moments when you feel close to God, are growing in faith, and are able to give of yourself in joy. Desolation refers to moments that turn you in on yourself, when faith or courage shrink, and when joy is hard to come by. Consolations aren’t all obviously positive. Not getting a particular job could be a consolation if it increases the love in your life in the long run. Getting the job could be a desolation if it gets in the way of your capacity to share your deepest gifts. It’s not the outward content of the thing but the way we inwardly relate to it that reveals how God speaks through it.

END_OF_DOCUMENT_TOKEN_TO_BE_REPLACED 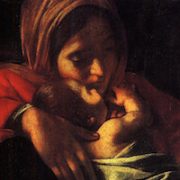 With great understanding,
Wisdom is calling out
as she stands at the crossroads
and on every hill.
She stands by the city gate
where everyone enters the city,
and she shouts:
“I am calling out
to each one of you!
Good sense and sound judgment
can be yours.
Listen, because what I say
is worthwhile and right.
I always speak the truth
and refuse to tell a lie.
Every word I speak is honest,
not one is misleading
or deceptive.
-Proverbs 8:1-8 (CEB) 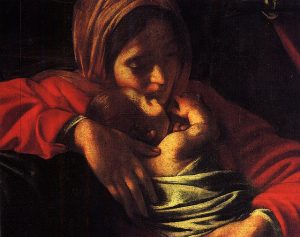 detail from Adoration of the Shepherds, oil on canvas, 1609

The allegations of sexual abuse and misconduct continue to mount in every sector of society. In response to the allegations against Senate candidate Roy Moore, Senate Majority Leader Mitch McConnell said, “I believe the women.” These four words hold extraordinary power, and the fact that they are so extraordinary points to how necessary they are.

The word of a woman is often questioned – including by women themselves. In the wake of #metoo, one thing we’ve seen is just how much women have internalized our victim blaming culture. Many have been reluctant to name sexual misconduct for what it is, or have felt partially responsible for it because they had been flirting, too, or they had enjoyed a drink with a friend. There is an inner voice asking, “Was this somehow my fault?”

In a culture that prizes women who are nice, sweet, and submissive, calling out harassment is strongly discouraged. For many women, speaking out would be detrimental to their careers or advancement. There is a pressure in many industries for women to be able to keep up with the men, to prove that they aren’t too emotional, too difficult, or any number of negative stereotypes that would prevent them from fitting in to the dominant culture. Louis CK’s sexual misconduct opened up dialogue among female comedians, who find that “not being able to take a joke” when it comes to sexual misconduct is a real career killer. Where men continue overwhelmingly to dominate certain industries, where “locker room talk” is actually the talk in whatever rooms of power – board room, green room, Senate chamber – women are under pressure to prove that we can take it, that we can hang with the best of them, while allowing the dominant rape culture to define the “best.”

Certainly, there have been, at times, false accusations made. But the vast majority of allegations of abuse and harassment are not false. Women have very little to gain in accusing men – particularly the rich and powerful – of misconduct. When women do speak out, our word is doubted, our character maligned, or worse. Women who have spoken out against powerful men have received death threats and lawsuits. It’s no wonder so many keep silent. END_OF_DOCUMENT_TOKEN_TO_BE_REPLACED