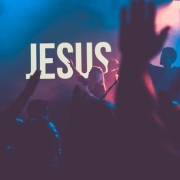 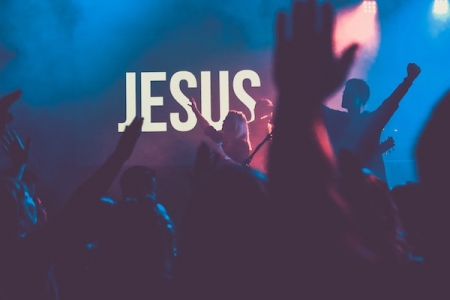 That is my picture in the Fidelia’s Sisters header. The one with the pink hair and the guitar; that’s me, or it was at the first conference of the Young Clergy Women Project. A few years later, my hair is a bit more normal looking, although I suppose not everyone would consider near-platimum blonde with streaks of red to be normal. My hair isn’t my creative outlet, though. I leave that up to my stylist, as I sit down in her chair every 4-6 weeks and she asks what we’re doing to it this time. “You know, the usual,” I invariably answer. She has been working on my hair for a while now and knows this routine. “Something that works for my rock band on Saturday night and the pulpit Sunday morning.”

Rock star hair must be more fun to style than preacher hair, because I usually walk out cracking myself up with the image of trying to do a wedding with the exaggerated spikes and dramatic bangs falling across my eyes. Fortunately, my hair is easily calmed into a style more acceptable for my “real job,” and I haven’t had pink or blue hair for a couple of years, after I learned how hard it is to get out quickly when you need to do a funeral.

My hair is still a little weird for a pastor, particularly in how often it changes, but it’s part of the personna I’ve cultivated in the creative realm of my life. All of us have to find ways to balance our ministry with the other aspects of our lives, and I’ve found that it’s easier and more authentic for me to tone down the rock diva a bit, so that she is a little less jarring in a pulpit, than to sling on my guitar and step into the spotlight with pastor hair.

I don’t know any other young clergy women who are in rock bands, although I hope there are some. It’s not an easy gig, though (pun intended). Rock music tends to be critical of the establishment, including the religious establishment. My band plays some music that I know some ministers would find uncomfortable (although if you ever want a great song for a discussion about theodicy, try “God is a Bullet” by Concrete Blonde). People from church come to hear us play occasionally, and I always wonder how they’ll react, not only to the lyrics, but to one of their ministers wailing, screaming, growling, and occasionally cursing through three sets of songs considerably edgier than one might hear in a worship service.

Logistically speaking, it’s complicated to schedule shows amidst Sunday mornings, Saturday weddings, and evening meetings. This week I had a memorial service at 2:00, a wedding at 4:00, and was setting up for a gig by 7:30. After the encores and packing up gear, it was almost 2:00 AM, and I had to preach in the morning. The schedule gets messy and exhausting. Above all, music, like all creative pursuits, takes time – the very commodity we are often most lacking.  Finding other musicians takes time.  Rehearsal takes time. Writing your own music takes even more time.

But the fact is that I can’t imagine the kind of person – or minister – I would be if I had cut off this section of my life instead of trying to integrate it. I take that back; I can imagine it, because I was that person for the first year or so in my first church. I felt constantly restrained, confined in a box labeled “Minister,” and I was screaming inside from the lack of a venue in which it was okay to scream aloud.

Sometimes I think it would be easier if my creative outlet was something that meshed a little more smoothly with ministry. I’ve tried other things: painting, poetry, knitting. I’ve focused my energy toward more church-friendly types of music, classical, choral, or the fairly inoffensive girl-with-guitar folk/rock that I still play regularly. I enjoy all those things, but none of them give me the kind of release that I get from jumping up and down to the thud of the drum kit, howling into a microphone with everything my lungs can give, staring down an audience and watching the intensity of the music sweep them along.

We don’t play music that can be done halfway, and that’s what makes it work as an outlet for me. I need to be all in. I need my whole body and mind to be in that one moment (or that three hours, as it usually happens). I need one place in my life where I don’t need to tone it down or turn it down, where that would in fact be the worst thing to do. I need to be exhausted at the end, a sweaty, exhilarated, barely mobile puddle of pastor jello. I might be a little tired when I step into the pulpit in the morning, but I’ll be a better preacher and a better minister because of it.

This is the last regular Christ and Creativity column. We’ll be adding a new column in its place, which is a natural evolution of any publication. As difficult as it has been to recruit submissions for this column, I grieve to see it go. It has been one of the ways that we’ve encouraged each other to embrace the other gifts God has given us, the other areas of our lives that sometimes don’t fit so well into ministry. I have needed that as I’ve grown into myself as a minister, a musician, and a person.

So, I say goodbye to the Christ and Creativity column, but not to its purpose, and I hope that all of you will keep finding your outlets, whether they be with a sonnet, a stitch, a stroke, or a scream.

Rev. Stacey Midge serves as an associate minister at First Reformed Church and the lead singer and rhythm guitar player for a band in Schenectady, New York.