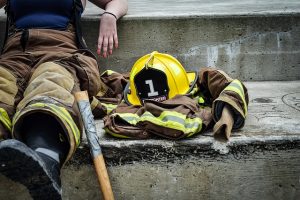 The music on this album affirms the dignity of work and breaks down any perceived dichotomy between work and worship.

I read recently about an academic who conducted an analysis of television shows that depict clergy, and he drew the conclusion that a person might assume that they are more likely to meet a pastor-detective than a pastor-theologian.  So much of our work is hidden and mysterious.  It’s no surprise that a layperson may have an easier time imagining a clergyperson looking for clues to solve a murder instead of looking for clues of the divine presence in ordinary life.  But I think it is safe to say that, for most of us, our work has more to do with being a practical theologian than being a gumshoe.

For this reason, I am grateful for the 60 musicians, pastors, songwriters, and scholars who gathered in New York City last June for a conference on the theology of worship and vocation. While together, they made a live recording of new hymns and released them in October of 2017: “Work Songs” by The Porter’s Gate Worship Collective. It has been on heavy rotation in my home and I commend it to you.

The acoustic- and folk-leaning album beautifully traces the divine presence in ordinary life. The word evoked by listening to the 13 tracks of the album is “dignity.” The music affirms the dignity of work and breaks down any perceived dichotomy between work and worship. Some of the songs particularly encourage me as a pastor-theologian, with titles such as “Your Labor is Not in Vain” and “In the Fields of the Lord.” Other songs help me remember the people in my congregation and the sacredness of their everyday efforts. Whether they are full-time caregivers, retirees, high-level professionals, or individuals experiencing unemployment, they have value in God’s Kingdom, a fact underscored by the songs’ lyrics. Notably, the song, “Day by Day” featuring Joy Ike, explicitly sings to the teacher, servant, lawyer, nurse, and carpenter, among other jobs, and affirms the role they have in enacting the prayer that God’s Kingdom come. In the song “Every Mother, Every Father,” Paul Zach and Audrey Assad do a lovely duet that offers a simple benediction to parents: “may your heart be patient, may your mind be clear, may our God be with you, and calm your fears.” It reminds me that parents, too, need to be sung a lullaby and to be quieted by God’s love as they try to live lives worthy of their calling.

​When I was in my early 20s and thinking about my calling, I put pressure on myself to “get it right,” because I thought I needed to figure out the one thing that God created me to do. It was so freeing for me to learn that we can have multiple callings. To be professionally pious—that is, a pastor—is not the totality of our calling; we have other callings, which may include being a friend, advocate, mother, artist, writer, scholar, sister, etc. In different seasons, different facets of God’s call on our lives may take expression. I appreciate that the very album evokes the diversity of our multiple callings. The songs bring together many musicians of different races, genders, and denominational backgrounds. They are intentionally ecumenical. The resulting album has some superb moments of praise, such as the acapella “Alleluia” sung by Urban Doxology at the end of the track “Establish the Work of our Hands,” singer Liz Vice’s singing “glory” with Madison Cunningham and Josh Garrels providing harmony in the track “We Labor unto Glory,” and Lattifah Alattas’ offering prayer/song “God the Maker.”

​One occupational hazard of being a pastor is that we can get caught up on output and confuse productivity with faithfulness. Accordingly, I have put on repeat the song “We Abide, We Abide in You,” featuring Paul Zach, which reminds me in song form that, apart from Jesus, we bear no fruit; it is centering to sing along with Paul Zach, asking God to “plant my feet down by the river” and “rain on us with grace and favor.” My other favorite tracks are “Have mercy on me” featuring David Gungor; “Wood and Nails” featuring Audrey Assad and Josh Garrels; and “Father, Let Your Kingdom Come” featuring Liz Vice, Urban Doxology, and Latifah Alattas.

A caveat: some of the lyrics include masculine pronouns to describe God and track 11 addresses God as “Father.” This may be offensive to you, and consequently the album may not be for you. Nevertheless, if you are able to look past the gender-exclusive language for God, the songs merit a listen because they offer creative musical arrangements and lyrical profundity. The album is uplifting and bolstering for one’s resolve to persevere in doing good. Our work as pastors may be hidden to others, but it is not hidden or undervalued by our God. As the opening track declares, “Oh, the deeds forgotten; oh, the works unseen, every drink of water flowing graciously, every tender mercy, You’re making glorious. This You have asked us: do little things with great love, little things with great love.” Lord, fit us for the work of love ahead and make it glorious.

​You can purchase the album on bandcamp. To learn more about The Porter’s Gate Worship Collective, check out their website.

Emily has been serving as Associate Pastor of First Pres Maumee in Northwest Ohio since January 2015. She previously served as a pastoral resident at Bellevue Presbyterian in Washington State. She holds degrees from Princeton Theological Seminary and Whitman College. Emily grew up in Seattle; therefore, she recycles, makes her own granola, and enjoys spending time outdoors. She averages reading over 35 books a year.

How to Dress for a Protest

A Love Letter to My Swamp Monsters
Scroll to top