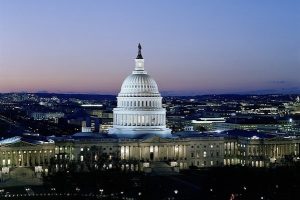 When you are ordained, you agree to love your congregation in the name of Jesus Christ. When you like them and when you don’t, you love them because, well, that’s just the deal you’ve made with God. In seminary they told us this would be both infuriating and holy work. What I didn’t learn in the classroom was that, as a pastor, you are given a front row seat to the stories of diverse, fascinating people of Christian conviction. To be a pastor is, in the best case, an opportunity to praise God for the work of the people of God.  To give thanks while observing the intellect and compassion of God’s people as they pursue vocation as a primary, 40 hour-a-week vehicle of Christian discipleship.

I pastor a church of about 100 in Washington, DC. Our church is part of a small denomination in the lineage of Dutch theologian, journalist and statesman Abraham Kuyper who wrote, “There is not one square inch of the entire creation about which Jesus does not cry out, ‘This is mine!’” So, from earliest days, our church members were told, in church and Christian schools, that every subject they could ever study is part of knowing and thereby coming to love God’s broken and beautiful world. Almost any vocation can be, if you know where to look, a part of Christ’s Kingdom being redeemed.

Many of our church members attended denomination-affiliated colleges and universities that taught them to pursue of all kinds of work – philosophical, scientific, political, legal – as a means to benefit the common good. After graduation, these intrepid disciples of Jesus Christ went to graduate schools, pursued careers and moved to DC – not in opposition to their Christian faith, not even as a neutral parallel track to the journey of Christian faith, but precisely because of their sense of uniquely Christian calling.

Nearly a third of our congregation works for the government in a spectacular array of acronyms: DOD, DOJ, DOS, DOT, EPA, FDA, USDA, USAID, NASA, and a handful even work on Capitol Hill. Even folks who don’t work in government directly – educators, journalists, NGOs and non-profits – are inescapably connected to government fluctuation, personnel, and finance here in Washington, DC. It’s an honor to stand in the pulpit every Sunday to remind all of us that we matter to God and that our work matters to God. To celebrate the thoughtful folks attempting what their childhood churches, their Christian schools and Reformed universities told them was good, meaningful and even holy work.

Only recently we’ve experienced childhood friends, family members and fellow Christians – the ones who catechized, trained and filled us with Kuyperian zeal – drowning out their own theological convictions in a frenzied chant: “Drain the Swamp!”

“Drain the Swamp” is a catchy slogan. I keep hoping it stands for some kind of humidity deterrent to make Washington, DC, a bit more friendly through the summer. While I can appreciate the outrage toward inefficiencies, both perceived and real, “Drain the Swamp” is a generalized unkindness lobbed at strangers doing work that largely benefits, but remains largely invisible, to the population. While I can appreciate a loud roar from folks who have, rightly and wrongly, perceived themselves unheard by previous administrations, “Drain the Swamp” signals disregard for the people God has called me to love and, more than that, the people I have grown to respect.

In a twist to the vitriol-filled slogan, I voted that our church softball team would be named: “Kuyperian Swamp Monsters.” We aren’t ceding the more than 4 million square inches of DC anytime soon. It’s a term of cheeky respect and admiration for their tenacity through the ups and downs of multiple administrations. I am heartened to see Swamp Monsters regularly steadying their teams, supporting their colleagues, administering grants, conducting research, trying cases, reviewing regulations, standing up for the economically, racially, and sexually marginalized.

A church filled with Swamp Monsters vocationally pursuing the common good. Scientists using laboratories as places to do both chemistry and faith. Lawyers entering courtrooms or reviewing regulations to pursue justice because God desires justice. Reporters on the beat verify their sources and check their work because they learned “Thou shalt not bear false witness” in Sunday School. People of deep Christian conviction working to provide grants to rebuild towns decimated by downturn economy and offering sound geography and good diplomacy over contested borders because both Appalachia and the South China Sea are square inches (and then some!) of Jesus’ claim of love and sovereignty. These are the swamp monsters I know, respect, encourage and love, not only – not even mostly – because of contractual obligation.

With another shutdown deadline looming less than 10 days away, I wonder: do you know how much a government shutdown costs? Members of my church could tell you. They know the price tags associated with shutting down satellite launches and how being shut out of a laboratory for even one day can compromise research protocols, invalidating months or even years of research toward cures for cancer or diabetes. They know the social price of a workplace where some people are considered “essential” and others “non-essential.” They’ll be the first to tell you that, while they might be getting back pay, federal agencies contract with food service employees, daycare workers and cleaning companies. These are folks who may live closer to a paycheck-to-paycheck existence and no one is guaranteeing their pay for lost work. People’s lives are disrupted, their livelihoods are disdained, their work and research is recklessly sidelined. As I write this, another government shutdown deadline looms less than 10 days away, I stand with my swamp monsters. I wait, pray and hope with them and for them.  I wonder if I’m becoming a swamp monster too. I hope so.

Meg Jenista grew up overseas in a variety of evangelical churches. She is a minister with the Christian Reformed Church in North America (CRCNA), ordained almost 10 years, now serving as a pastor in Washington, DC.  She thoroughly enjoys the support, resources and humor of YCWI and is honored to serve on the board. Since she lives in walking distance of the Metro and has a ridiculously friendly cat, she’ll issue an open invite to members of the project who want to see the nation’s capital. You have a place to stay!

“Out of the Bathroom, Into the World”
Scroll to top