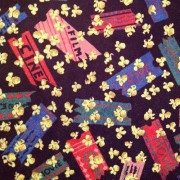 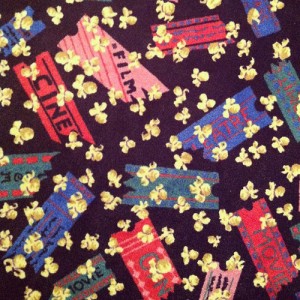 I’m a sucker for a love story. And a musical. And a Disney movie. And something I can see with my kids and my husband and my father-in-law and my sister and her family on the day before Thanksgiving.  Frozen, Disney’s new feature length animated film, was, needless to say, a big hit with us.

Frozen is a princess story, though I was pretty sure that Disney announced a few years back that they were taking a break from princess movies.  A cynic might point out that it’s actually worse than a princess movie: there are two royal protagonists (one for each of my daughters to emulate!), sisters named Anna and Elsa, voiced by Kristin Bell and Idina Menzel.  The merchandising possibilities boggle the mind.

But I am not a cynic, and I will tell you that I loved it. The animation is incredible; the music is catchy, though I did (okay, cynically) wonder if Idina Menzel insisted on the power ballad the composing team clearly wrote just for her. But beyond the amazing ice sculptures and aurora borealis, the amusing sidekicks and the love triangle (hooray for PG-rated love triangles! All long glances and accidental touches and crossed signals.  And songs!), Frozen is a fairy tale about sisters.

Anna and Elsa are said sisters: Anna is the younger, Elsa is the titular Snow Queen of Hans Chrstian Anderson’s source material.  The girls are inseparable and imaginative, using Elsa’s magical gift to make snowmen in the palace ballroom, until an accident changes everything.  Elsa lives in isolation and fear rather than risk endangering her sister. But, ultimately, she cannot contain who she is, and a frosty apocalypse breaks out.

The adventure that leads to their reconciliation involves handsome princes, and trolls, and several wonderful musical numbers, as you’d expect.  The humor works on a couple levels, so my kids enjoyed the slapstick, my father in law enjoyed the puns, and my husband and I enjoyed the unexpected asides; but on all levels the jokes are sweet, neither raunchy nor mean.

What makes this story different from those that have come before it, however, at least in the Disney princess line, is that all the relationships in the story seem multi-faceted, particularly that of the sisters. Frozen passes the Bechdel test, even though it’s a romance and a musical. Its female characters have names, goals, motivations unrelated to men. And the salvific sacrificial action taken at the film’s climax counters expectations.

For girls, then, Frozen offers something great. But for adults, and preachers, there’s even more.   The catchy, troll-sung ditty “Fixer-Upper” might as well be a paraphrase of one of the historic catechisms: we all need a little work, but there’s nothing love can’t fix.  We make lousy choices when we’re afraid or alone… we need grace.

There’s no real villain in Frozen, at least not a traditional one. Anna can’t understand why her sister keeps shutting her out, and her bewilderment will be sadly familiar to many; but Elsa suffers for her isolation too. She is afraid of hurting others, afraid of being her authentic self. But the wise trolls (hooray for wise trolls!) remind her and us, that most powerful things can bring both great beauty and great risk.  Life is full of ambiguity, we need love to cast open the doors.  We need freedom to be ourselves, and grace to be ourselves in community and relationship.

Our family didn’t see Frozen in 3-D, but it’s apparently worth the extra money; still, the beauty of the work, and the beauty of the story, is obvious even in the cheap(er) seats.  On second listen, I haven’t loved the songs as much as I’ve loved others in Disney movies; the Broadway roots of its creators are obvious, and none of the songs seem to have a proper lead-in.  This is nit-picky stuff, however. Frozen is worth seeing. We’ll probably be back before Christmas.