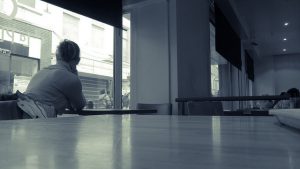 Not long ago, I was making small talk with a new acquaintance before a board meeting began, and we were sharing about our recent respective vacations. I said, “I went to Chicago with my parents, and we had a lot of fun exploring the many museums, restaurants, and Frank Lloyd Wright houses.” She made some affirming listening noises, but then she paused. “So …you don’t have a family?”

I felt trapped by the limitations of her question. I had said that I had been traveling with my parents, but obviously they didn’t constitute a family in this woman’s mind. I could say that I’m a thoroughly invested aunt to my sister’s children, but that seemed to circumvent the intent of her question. So, resignedly, I gave her the answer she sought, “No, I do not have children; I’m not married.”

This happens to me more often than I’d like in my Midwestern context. I’ll meet a new female acquaintance and one of the first questions she’ll ask is, “Do you have children?” When I reply in the negative, I sense that she pulls back emotionally. Since we don’t have that common point of connection, I assume, she decides I am not someone with whom she can relate. One woman persevered and questioned, “Do you have a dog?” I do not. I am not a dog person. At that point, she gave up. I felt deemed to have a boring and pitiable existence.

It is difficult for me because this place of greatest scrutiny is also the place of my current greatest pain. I would love to be married and to have children. But that has not been my narrative up to this point.

Some years ago, I received a birth announcement from a woman in our young adult small group. She said that she would be quitting her job so that she could be at home with her infant son full-time. I felt immediate envy, and then I had to ask myself, “Why am I envious?” I find my work to be meaningful and intellectually stimulating. Did I really want to trade places with this woman? In truth, I didn’t, but I coveted her narrative, a narrative lived by her and by countless other women in our society. I wanted my life to follow a script that was comprehensible to the outside world.

Generally, the outside world does not seek to comprehend single people. I emailed a mentor of mine, telling her that I longed for another narrative rather than the one I feel assigned to me by the larger culture: that I am pathetic and uninteresting because I am 33 and unattached. She wrote back, “I have to say that the words ‘pathetic and uninteresting’ are so far from my experience of you as to be laughable. I know you know it is a lie of Satan, but I just want to call it out as such. When I think of you, I think of adjectives such as fascinating, deep, fun-loving, gracious; someone whose inquiring mind and embracing heart uniquely equips them in ministry and in life.” I so needed to hear these words of affirmation. Yes, it was a laughable narrative, and yet it was essential for her to point it out to me. I sometimes take myself too seriously and I don’t always take God’s grace as seriously.

I am wondering what it would look like for me to flourish when I continue to lack a common narrative as a mother or as a wife that other women have. What I have concluded is that coveting my neighbor’s narrative is not good. Yet conforming to the narrative I thought had to be mine is not good either.

I hope that the story I will tell about myself honors the truth that my mentor saw in me: that I am fascinating, deep, fun-loving, and gracious. I am comprehensible. I belong. I am a recipient of God’s amazing grace.

Emily began as Associate Pastor of First Presbyterian Church in Maumee, Ohio, in 2015. She previously served as a pastoral resident at Bellevue Presbyterian in Washington State. She holds degrees from Princeton Theological Seminary and Whitman College.

I Could Not Know

Becoming a Bat: A Pastor’s Journey in to Aerial Arts
Scroll to top