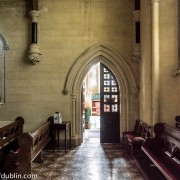 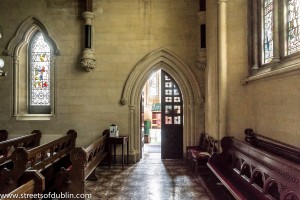 When I was applying to Princeton Theological Seminary, one of the questions on the application asked the name of the church that was supporting me. I remember writing down the name of my Roman Catholic Church and adding, in small letters, “This is the church where I attend. They do not support me for ordination.” I was applying to Princeton because that was where my favorite college professor attended. He was the person who kindled my passion for Biblical studies. I decided that if this school would produce someone like him, it must be a pretty good place. He wrote me a recommendation, as did another college religion professor, my political science advisor, and the Lutheran campus minister. They were all men, and all but one of them were pastors. I had never known a female pastor and would not get to know one until my first year at seminary.

All of these male pastors, two of whom were my professors, were inspirations to me. I was mesmerized by their intelligence and moved by their compassion. They carefully encouraged me without ever recommending that I leave the Roman Catholic Church. I do not recall them ever mentioning seminary to me, and if they had, I certainly would not have taken them seriously. I was Roman Catholic. Not only that, I was a proud Roman Catholic. This is not to say that I approved of all the things that the Roman Catholic Church stood for, but I still believed that was where I belonged.

After college I found a job in the non-profit world. I searched diligently for a church that felt like home and found a Roman Catholic one after a long search. Within a couple of weeks, I found myself calling the priest. I left a message asking if he would meet with me. When he returned my call, he seemed cautious. “May I ask what this is in reference to?” His question took me off guard. I wasn’t sure what I wanted to talk about. I surprised myself when I said, “I want to talk about women’s ordination.” He paused and said, “Ok, well I look forward to talking to you.” In retrospect, it is shocking that this priest would be so willing to talk to me about that subject. But coming out of college and being accustomed to talking about challenging topics with clergy, it seemed like a natural thing to do. I knew that I already liked him from the way he preached and carried himself in the service. Catholic priests had always seemed so unapproachable, but he was different. I trusted him immediately.

I only remember a brief snippet of the conversation, but that snippet was life- changing. I asked him if it was a sin to leave the Roman Catholic Church. He looked at me intently and carefully considered the question. It seemed to me that he was weighing his options. After a moment he responded, “It is a sin to leave the church where you belong. It is a greater sin to hear the call of God and not follow it.” He did not go into greater detail, and he did not need to. He was giving me permission. He could see it in my earnestness and my intensity. He knew that while I had not even admitted it to myself, I felt a call to ordination. Before I could begin to hear that call, I would need to be released from the loyalty I had to the Catholic Church. I walked out of his office feeling a bit freer. There were still many more hurdles to overcome, but he had given me a great gift.

There were other things that tied me to the Catholic Church besides the church itself: namely, my family. My father was and is a devout Roman Catholic. My mother was an Episcopalian at the time, but she attended Catholic mass with my family every week. She would sit in the pew when we took communion. She was the most devoted Protestant Catholic I had ever known. (Fun fact: After 50 years of discernment she converted to Catholicism several years after my ordination to the priesthood.) I am close to both my parents and have always admired their commitment to their faith. When I decided I wanted to apply to seminary, I was anxious about the conversation I would have with them. They had many questions and concerns, but they were ultimately supportive. The conversation ended when I asked, “If all I do is learn more about God, is that really a waste of time?” They both conceded that was a valid point, although I can only imagine what they were really thinking. While they never said anything explicitly, I know they would have preferred I attend Boston College’s pastoral care program. That would have been a lot more practical than a Roman Catholic woman with a Masters of Divinity.

Despite their concerns, they moved me into my seminary dorm and were thrilled when my summer internship was in an Episcopal church close to their home. Princeton required students to complete one internship in a church that would allow you to preach on a Sunday morning, so that limited my options in Catholic churches. I was petrified the first time I preached. I had not yet taken a preaching class, but there was a part of me that felt as though I had been preparing for this my whole life. As I stepped into the pulpit and saw my parents, several aunts and uncles, friends and the agnostic friends that my parents dragged with them, I knew that I was where I was meant to be. I knew that they would love me no matter what. It was as if I had been walking around in ill-fitting clothes and finally I had what fit. Afterwards my father looked at me and said, “Samantha, you were wonderful. You belong in the pulpit.” The tears in my mother’s eyes echoed his words. It would be two more years before I was formally received into the Episcopal Church, but that was the moment when I was released from part of what had been holding me back, my devotion of the faith of my father. Since then, my Roman Catholic parents have read every single sermon I have ever preached (plus a few that I never preached). I e-mail the sermon to them on Saturday and they call or e-mail me with their thoughts. I can’t imagine preaching a sermon without them.

When I look back on the people who really supported me on my road to ordination, I don’t first think of the women clergy I met, although there are several without whose support I would not be ordained. I think instead of the three Roman Catholics who gave me the permission to hear a call that transcends denomination. When I go home for visits, I still attend my parents’ Roman Catholic Church. I don’t take communion, but I know that I am in communion with this church whether they know it or not. When we walk out, my parents introduce me to their priest who they know and love, and proudly say, “You remember my daughter? She’s the Episcopal priest we always talk about.”

Samantha Vincent-Alexander is rector of St. John’s Episcopal Church in Hampton Virginia. She is married to another Episcopal priest who barbecues tofu even though it offends him. She went to Princeton Theological Seminary and will always be grateful to that seminary for accepting a Roman Catholic woman without a clue of what she wanted to do. Her parents remain her biggest fans and she theirs.

The Family of Faith
Scroll to top