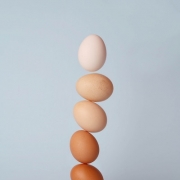 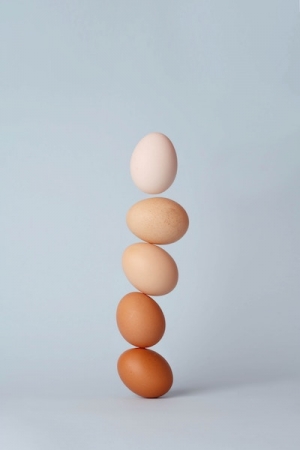 One Thursday evening several months ago, I met with a mothers’ group at the church. We call ourselves the Night Owls because we meet in the evening to accommodate mothers who work outside the home, although we have plenty of stay-at-home moms in the group as well. The conversation turned, as it often does, to the exhausting work of parenting, regardless of how one does it.

In a moment of candor, I said to the group, “You know, with both my husband and me working full-time, plus two kids, our life just barely works. As long as no one is sick, and all the cars and household appliances are operational, we really get along quite well, and I love our life. But there’s no buffer. So when a monkey wrench gets thrown into our lives, things just go to pieces for a while.”

The very next day, I stood in our bathroom, not breathing, and watched a thin pink line turn darker and darker—and said hello to the mother of all monkey wrenches.

This is no busted furnace. This is baby number three. This is heartache and joy and sleepless nights. It is blessed trinity and yet another college tuition.

Three can be a tipping point for working moms of all stripes. A couple of years ago a clergy friend with two children was deciding whether to have a third. The feasibility of doing ministry was a key factor. She and a friend did an informal survey of other clergy women they knew, and while there were plenty who worked full time with one or two children, none of the moms they knew with three or more kids worked full time, unless the kids were much, much older. Two seemed to be the limit among my friend’s circle of colleagues.

Many women I know cite the childcare costs when explaining their rationale for quitting work. Yet it still makes financial sense for me to work, especially since my eldest will soon be in kindergarten, eliminating most of her child-care costs. And I love ministry. I love what ministry and motherhood give to one another, and you can’t put a price on that.

But still.
Another round of hasty nursing between services.
Three sets of pint-sized socks to sort.
The sippy cups and their umpteen valves and straws clogging my dishwasher for a while longer.
A whole new set of pediatric appointments, not to mention another set of germs for us to share.

Financially, it still made sense to work, but did it make emotional sense? Was it time to ratchet back my hours? Or quit altogether, at least for a while? One thing seemed clear: full-time ministry was off the table, for me anyway.

In the midst of all this second trimester soul-searching, I had lunch with a clergy friend, a classmate from seminary who’s been in his associate pastor call as long as I’ve been in mine—about four years. He was starting to circulate his resume and have interviews, and conversations were deepening between him and a 1,000-member church in search of a senior pastor.

He is a great cheerleader friend. When I gave him props for aiming so high, he responded quickly, “You could totally do that kind of thing. There’s no reason why you shouldn’t also go for something like that, if you feel called.” And I thought, I know the lunch table is blocking his view of my growing basketball belly, but has he forgotten? Is he nuts? My friend has an infant child and a spouse with a portable job. I, on the other hand, have a monkey wrench (albeit a lovable one) kicking around inside me, not to mention several centuries of church patriarchy to deal with.

Why does the gender thing make a difference? I wish I knew. But it does. If my friend had a third kid on the way, I somehow think he’d still be in conversation with The Church of 1,000 Members. Are these limits that I feel self-imposed, or do I know that a church would have a harder time accepting me as their senior pastor? Am I selling the church short, or just being realistic, by thinking about cutting back? And finally, will a church that has been used to full-time Me even know how to respect my part-time boundaries?

As the summer went on, the discernment seemed more and more clear—just take some time off from ministry. I was already moving in that direction, but felt a rather dramatic nudge of confirmation in Iona, Scotland, during a walking pilgrimage around the island. We were invited to walk one of the legs of the hike in silence, pondering whatever questions we had brought with us to the island.

As I reached the next stop and continued to pray, “Do I need to leave ministry for a while? Is it time to close this chapter and give myself and our family a break?” the pure silence of the moment was broken…
with the sound of a gate…
creaking…
clanking…
closed.

And yet, despite what seemed to be a flashing neon sign (or as close as one gets to flashing neon on Iona) to close the door on parish ministry for a while, I have since decided to give part-time ministry a go.

Many things shifted to make that happen—the most important factor is that, three children or not, I still feel strongly called to ministry. And I owe it to everyone to give the situation a chance. Aren’t we called to be people of hope, after all?! Why should I assume that the church and I would not be able to make the shift? Shouldn’t I at least try it?

At a more recent lunch with my clergy pal, whose eye remains fixed on the tall steeple church, he asked me whether I resented being limited (or at least feeling limited) by family circumstance. Did I resent moving “forward” in my career much more slowly than my male counterparts might? It was gutsy of him to ask the question so honestly, rather than pretending that he and I are on a level playing field.

While I long for a just church that values and affirms the unique gifts and struggles of clergy moms, at this stage in my life, I don’t consider slowing down my career to be a sacrifice. I look at part-time ministry and a slower career trajectory and see a more nourishing pace for our family and for me. It is a trade off I willingly make. My children will not be young forever.

However, I know there might be a time when I look back and wish I had done things differently, or resent the way things seem to be set up: that expectations of ministers are so unrealistic that a capable person feels compelled to step off the career ladder because the deck feels stacked against her. I hope not, though. I feel grateful to be where I am, at the age I am. That’s one of the blessings of being a young clergy woman—there feels like plenty of time to delve wholeheartedly into full-time ministry, maybe even in a large church as a senior pastor—if that’s what I want and if I’m what they want.

Those remain two very big Ifs… but that’s OK with me too.

MaryAnn McKibbin Dana is Christ and Creativity editor for Fidelia. A pastor in Northern Virginia, she will move to part-time ministry in March. In the meantime, she is (mostly) enjoying being a mother of three.