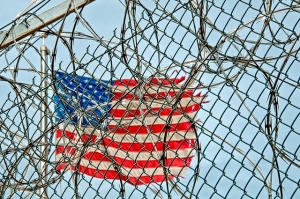 David said to Saul, “Let no one’s heart fail because of him; your servant will go and fight with this Philistine.”Saul said to David, “You are not able to go against this Philistine to fight with him; for you are just a boy, and he has been a warrior from his youth.” I Samuel 17:32-33 NRSV

We love a good underdog story. There’s something in us that comes alive when the sixteenth seed makes a Cinderella run for the NCAA Championship, when the kid who was mercilessly teased in middle school becomes a millionaire, when the statue of a fierce little girl stares down the iconic Wall Street bull—when David, the shepherd boy, slays Goliath, the giant Philistine warrior.

What I do for a living puts me in a unique position to field perhaps more than my fair share of questions from children. Among my favorites are “If God made everything, then who made God—and when did God start?” and “Aren’t we all just characters in a story that God is reading?” Another notable question I’ve received is “Are you Jesus’ mommy?”

When I answered that I was not in fact the Blessed Virgin, the child followed his question with an insistence that I was, indeed, Mary, the mother of Jesus—and that he knew it but would keep my secret. Lately, because I am 35 weeks pregnant, there’s been an uptick in the repetition of a non-theological question, “How is your baby going to get out of there?” Thanks be to God for the privilege of referring this question back to parents’ discretion.

One children’s storybook Bible from the fifties tries to deal with that last question by changing the end of the story altogether. This “bible” sanitizes the story a drastic way: Instead of being killed at the hands of David, Goliath is convinced by David’s bravery to convert to Israel’s God and to fight in Israel’s army for the rest of his life. But that’s not how the story goes. Instead, the real biblical story is among the ones that I cringe to tell in front of the children. And I’m not the only one who’s a bit squeamish about how the story ends, because even after giving us nearly fifty verses of Old Testament text, the lectionary stops short of the part where David decapitates Goliath with the giant’s own sword.

We love a good underdog story. But maybe that’s because we so often see ourselves as the underdogs.

I wish I could preach this story in the pastoral way that it has been preached for generations. Just as I have the privilege of fielding the big questions that arise from the children in my congregation, I also have the honor of traveling into the deep places of people’s lives. I get to share the joy of welcoming their children into the world, of baptizing their babies, of celebrating their milestones and lifting up the gifts God has given them for ministry.

The flip side, of course, is that I also help to bear the weight of grief when their loved ones die. I am with them when they are ill or unemployed, when they are addicted to substances that control them, when there are more chemo treatments or surgeries or painful days ahead than they think they can possibly sustain on their own. In those moments, I want to preach the story of David and Goliath the way it was intended to be heard.

The person who originally wrote it down did so roughly 400 years after it supposedly occurred, when the Israelites were in captivity. It’s safe to say that the Israelites at that time were at an all-time low. They were deeply questioning whether their God had any power whatsoever to free them from their oppressive circumstances. Enter the story of a God so powerful that even a lowly shepherd boy can defeat a well-trained unmatched mercenary.

When Israel’s questions are also ours, when we doubt that our God wields any sway at all over our broken lives, I want to preach this story in the way we would like to believe it: that God is on our side; that God provides the power we need to overcome whatever giants would seek to destroy us; that the giants we see as threatening and surely deadly are no match for “our” God.

If you need to hear that message today, by all means stop reading now. But the problem with that limited reading of the story is that “our” God is also theirs, right? If we believe that God is Creator of all, then the God of David is also the God of Goliath, whether or not Goliath acknowledges this is so. Furthermore, this story does a troubling thing in that it dehumanizes Goliath, first by having him take on superhuman form (He’s a giant, not a regular person like the rest of us.), and next by having David compare him to predatory beasts who must be killed in order to rescue the sheep. Goliath himself reinforces the fact that David sees him as an animal, saying, “Am I a dog, that you come to me with sticks?”

Finally, the structure of the story itself gradually erases Goliath’s name. The warrior who is named in the first verses as Goliath of Gath is eventually referred to only as “The Philistine.” He’s reduced from a person with a name to a label which lifts up only one aspect of who he is: his place of foreign origin. But our kids know something the rest of us should also know: the God who created and loved David as God’s own also created and loved Goliath as God’s own.

And this might just turn out to be good news for us—just in case it turns out that we aren’t who we think we are in this story. You see, it matters a great deal where we see ourselves in the biblical narrative. Surely sometimes we are the underdog who, with nothing more than a handful of stones and God’s unmatched power will slay the giant who taunts us in the wee hours when we lie awake at night. But we are kidding ourselves if we think that we are not also sometimes the giant.

“And there came out from the camp of the Philistines a champion named Goliath, of Gath, whose height was six cubits and a span. He had a helmet of bronze on his head, and he was armed with a coat of mail; the weight of the coat was five thousand shekels of bronze. He had greaves of bronze on his legs and a javelin of bronze slung between his shoulders. The shaft of his spear was like a weaver’s beam, and his spear’s head weighed six hundred shekels of iron; and his shield-bearer went before him.” I Samuel 17:4-7

As a nation—here in the United States—aren’t we actually Goliath? We have wealth. We have the tools of war at our disposal. We hold in our hands immense power that we may use, either to help and to heal our neighbors when they flee their war-torn countries and come to us begging for help, or to reduce them to animals, detain them indefinitely, and forcibly separate them from their children. We have the power to do this as if they are not people loved and claimed and called by God.

Instead, we cling to the privilege of treating them as less than, all because they come with nothing but the only tool they have—the courage to leave behind everything they have ever known in a desperate attempt to save their children’s lives and their own. If you say to me, “They are breaking the law,” then I say to you that I hope we are never in the position when we have to face the choices these, our siblings in Christ, face. And if we are, I hope someone will remind those who would turn us away of the biblical imperative to welcome the stranger.

Make no mistake: the God who created each and every one of us, who claimed us in the waters of baptism, who calls us by name, who leads us to face our giants, is the God who created, claimed, and called us even when we arethe giants. And the God who is “ours” is also “theirs”—the God who has journeyed across an invisible line with those who do not share our resources, our privileges, our safety. I hope, for our sake and theirs, and for the sake of the God of David and the God of Goliath, that we, like Jesus asleep on the boat in the stormy sea, will care that they are perishing.

Austin Shelley serves as the Associate Pastor for Christian Education at the Presbyterian Church of Chestnut Hill in Philadelphia, Pennsylvania. As a children’s minister and mother of three children, she encourages the asking of big questions. For the past two years, Austin has served as managing co-editor of Fidelia, the online magazine of Young Clergy Women International.

I’m Done Waiting on You