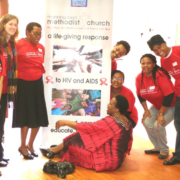 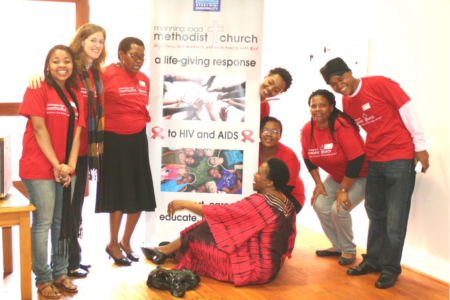 The author with faith community leaders at a Methodist HIV/AIDS awareness and response event in Durban, South Africa in 2011

But God, you knew what this plague was, as we floundered and feared for years for explanations.

And God, you know what this plague is, as we struggle and stumble to disperse treatment.

And you know us – so well – every fragile sinew and cell of our being.

And we know you –

we know you to say that if one suffers, we all suffer as one.

END_OF_DOCUMENT_TOKEN_TO_BE_REPLACED 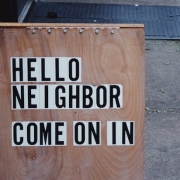 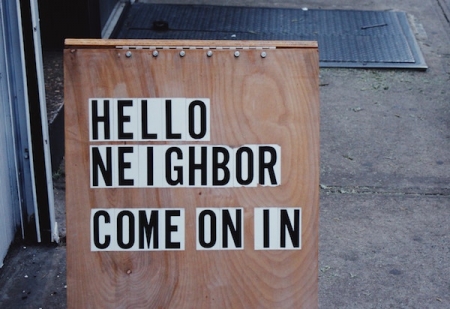 Six degrees of separation. Some of you may be familiar with this phrase from a movie with that title. Some of you may have played the “Six degrees of separation” game. The game challenges you to figure out if you are 6 degrees or less away from Kevin Bacon! This means you and Kevin are linked through friends . . . and friends of friends. So if you and Kevin were to compare lists of friends and acquaintances, before long you’d be connected: just a few people between you and Mr. Bacon himself. Kinda spooky.

We live in a world in which we are just six handshakes away from anyone else. Chances are that you don’t personally know any Australian police officers, the Chancellor of Germany, or a member of the English Parliament. But! Maybe you know someone whose cousin studied abroad in Australia and had a run-in with the police. Or maybe you know a German professor here who knows someone who’s related to someone whose friend works for the German government. You get the idea. Basically, many believe that every person on the planet is separated from everyone else by a chain of about six people.

The idea of “six degrees of separation” was first proposed in 1967 by sociologist Stanley Milgram. He asked 96 randomly selected people around the country to send a piece of mail to an acquaintance, who would send the mail along to another acquaintance, and many of these letters reached Milgram’s “target” person in Boston… through an average of 6 people. Some sociologists question the validity of this study and the theory all together.

But whether or not you believe in the theory of six degrees of separation… and if you can suspend your own attempts to figure out how you connected to Kevin Bacon for a moment… there is no denying we live in a highly connected world.

What are the implications of these connections?

“Who is my neighbor?” the lawyer challenges Jesus in the Gospel of Luke.

If I’m supposed to love my neighbor as myself, who is my neighbor? END_OF_DOCUMENT_TOKEN_TO_BE_REPLACED