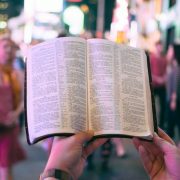 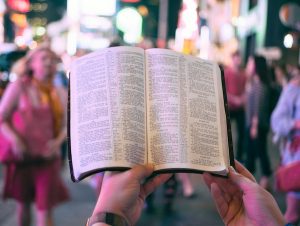 Photo by Aaron Burden on Unsplash

As a Young Clergy Woman who serves a mostly-progressive Christian congregation, I find myself constantly frustrated by requests for collaboration or rental of our building space from more conservative Christian organizations whose theology radically differs from our own. How might I compassionately but firmly explain our church’s unwillingness to partner with these organizations based on their oftentimes exclusive stances on women’s rights, LBGTQIA+ rights, difference of ability, etc.?

Askie generally exercises caution in using the labels “progressive” and “conservative” as catch-all terms. For example, it is possible to be both socially progressive and fiscally conservative. At the same time, Askie understands your dilemma and hopes the following template provided by Fidelia Writer in Residence Andrea Roske-Metcalfe will be helpful to you in responding to unsolicited requests.

END_OF_DOCUMENT_TOKEN_TO_BE_REPLACED 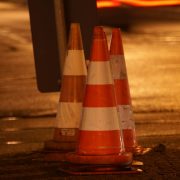 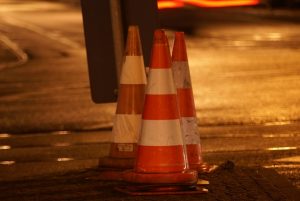 For the fourth day in a row, I was leaving the church building after dark. As my three children and I made our way to the back parking lot after a long day of Bible, Music, and Art Camp, I was feeling guilty. Guilty that we were out past my toddler’s bedtime. Guilty that my kids had eaten pretzels and leftover corndogs from the church refrigerator for supper. Guilty that it had taken me all evening to set up for the next day because I hadn’t lined up any volunteers to help. Guilt weighed me down more than the sleeping three-year-old in my arms. As we trudged across the asphalt toward the car, I was dreading the hour-long commute home and kicking myself for making my kids pay—yet again–for being preacher’s kids.

So when I approached the parking lot exit and saw the tall orange cones that were blocking our path, I might have uttered profanity under my breath. In my exhaustion, I had forgotten about the repair work that had been done to the pavement that morning. I begrudgingly swung the car around, driving slightly recklessly, the way you do when you are grumpy and tired and in an empty parking lot that’s just begging for you to break the rules and exit through the entrance. But when I made the turn at the back of the lot, my headlights landed on two moving figures. I was startled. Who in the world would be hanging out behind the dumpster on the back corner of the church’s property at nine o’clock in the evening? For a few seconds, I suspected violence.

But as I searched for my phone to call for help, I realized that the people in the corner of the lot were praying. END_OF_DOCUMENT_TOKEN_TO_BE_REPLACED I suppose a pastor’s favorite holiday should be either Christmas or Easter…but truth be told, I love Thanksgiving. I have fond memories of waking up in morning and lazing around the house in my pajamas while the smell of turkeys filled the house. Did you catch that? I said turkeys: my parents always made one to keep at home (and snack on a bit…you know, just some quality control) and another to bring to my aunt and uncle’s house for the family meal. My mother would bake trays of homemade rolls and apple, pumpkin and coconut pies. Our house was full of warmth and scents of family togetherness during Thanksgiving.

One year I convinced my mother to make a crumble topping for the apple pie instead of her usual flaky crust. I thought it would be a fun, welcomed change that would give us all something different to enjoy. Unfortunately, she never heard the end of the grumbling and comments about it. Even to this day, I feel bad for the innocent suggestion, though it gave us time to bond over baking. I guess there are just some things that you can never change.

While they were eating, Jesus took bread, blessed it, broke it, and gave it to them, and said, “Take; this is my body.” He took a cup, gave thanks, and gave it to them, and they all drank from it. He said to them, “This is my blood of the covenant, which is poured out for many. I assure you that I won’t drink wine again until that day when I drink it in a new way in God’s kingdom.”
Mark 14: 22-25 (Common English Bible)

On the first Sunday of each month, my congregation gathers around the Lord’s Table for communion. There are always the familiar elements: the small square pieces of cut bread, plastic cups full of grape juice, a silver chalice with juice already evenly poured out, and a round piece of bread on the paten. White linen adorns the table so that everything is covered just so.

On my first Easter with the congregation, I invited all of the worshipers to come forward to break off a piece of bread from a common loaf and partake of an individual cup of juice. There was some confusion as our “decently and in order” Presbyterianism made walking forward and partaking of the meal in this new way an over-thought process. I love the imagery of coming forward to the Table but, like anything, there were a few who said, “That was, well, nice,” trailing off in their comment with a smile.

The more I think about it, the more I wrestle with the fact that the Lord’s Supper is not just a nice meal that we celebrate because Jesus told us to do so. It was Passover and he chose to be with his closest twelve companions instead of the crowds he so often embraced. The simple bread and cup were the last communal meal to touch his lips before his betrayal, torture and death on the cross. I don’t mean to downplay that sacred moment.

Do we ever stop to think that the meal that we eat is the last meal of a man who was executed by political leaders? The bread that we eat and the cup that we drink, even the words that we say, are a part of the final hours of a man deemed a criminal by the Roman and religious powers of his day? Jesus was such a threat that those with power and privilege believed that the last resort, crucifixion, had to be taken or their political and religious leadership was at risk. If we dare to partake of communion weekly or monthly, we are defying the political prowess of our own day by testifying that we are governed by a different, holy power, too. We believe that neither execution nor death will ever have the last say for the one whom we call Messiah.

We could celebrate communion in our congregations and deem it nothing more than a holy tradition that feeds us to face the daily challenges of life. We could yearn for the familiarity of a Table with the same elements time and time again. I suppose that is reason enough for us, sometimes. But on those days when we need more, when God needs more from us, the Table reminds us that God is about anything but simple traditions. The story expands, tables turn, and a meal is transformed into a countercultural revolution that alters history over and over again.

This summer has been no different than any of the other summers experienced in the decade I’ve spent as a youth minister: campfire smoke, bug spray, a few thousand miles packed sardine-style inside rental vans, silly bands (this year both on the radio and on teenagers’ wrists), mandatory abuse reporting, saggy twin mattresses, sultry summer heat, teenage (and adult) drama, work gloves, water bottles, revelations of church happenings received via smartphone or email (or not received at all), and at least a hundred daily activities sandwiched between early-morning meditations and late-night giggly conversations.

Understandably, after three weeks of camp, a week-long youth mission trip, extra out-of-town meetings, a couple sermons and a few Sunday School classes squeezed in for good measure, I am exhausted.

END_OF_DOCUMENT_TOKEN_TO_BE_REPLACED

(This article was originally published as a blog post at Mihee's blog: First Day Walking on April 24, 2010)

As I prepare for work/worship on Sunday, I realize that I actually don’t have any huge responsibilities – it’s a “regular” Sunday School day, and the high school youth are doing worship. It’s also the last week of the month which usually means I don’t have so many meetings. So…I’m thinking that my work Sunday morning will comprise generally of hanging-out…which means playing with the babies in the nursery and visiting Sunday School classes, oo-ing and ah-ing over the little creations made by little hands.

The ministry of presence is the ministry of hanging-out. I’ve discovered it takes different forms but the core of it is consistent. It means simply being with people and then being a space for people.