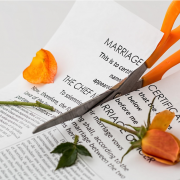 On a Sunday morning in early 2016, I sat with a half a dozen kids in front of our altar for a children’s time, teaching them how to say my “new” last name. This would be my first week officially as “Pastor Posselt” instead of “Pastor [Married Name,]” after successfully changing it the week before in the appropriate city hall offices, divorce decree in hand.

Just a few months earlier, I sat across the desk in the office of the senior pastor – my colleague, friend, and mentor – to share with him about my upcoming divorce. Jim leaned back in his chair, almost as distraught as I was, looked me straight in the eye and said, “You are a part of a club that you never would ask to sign up for. But you’re strong – you’ll get through this, and you’ll become a better pastor for it.”

I could not have heard those words from anyone else. I knew he has walked a hard road himself as a member of a Club Nobody Wants to Join (as a widower). Because of that, my colleague and his words became one of the many sources of hope I clung to in those months, as my private and my public life collided. Not long after this conversation, I sent a letter to my congregation, breaking the news of my upcoming divorce, which brought me a mixture of relief and terror. So much of our lives as ministers of the church are unfairly on display: our salaries, our health, our clothing choices, how we spend our time, and too often our family lives. The business of the church means the church is in our business. It’s unfair, especially in our most vulnerable and painful moments.

I dreaded the judgment I imagined I would face, not only as a divorced person but also a divorced religious leader. As a pastor, I’m supposed to embody such holy ideas as forgiveness, reconciliation, love, patience, perseverance, and long-suffering. A pastor getting a divorce would be tantamount to a dentist needing a root canal or a heart surgeon needing a quintuple bypass. 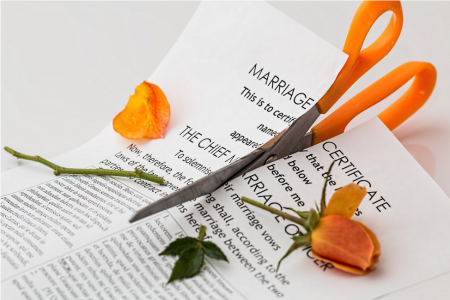 I couldn’t quiet my own judgment. “I should have known better. I should have been a better model for my people.” After all, I know all the tricks in the “premarital counseling” bag. I should have been able to fix it. I felt like a kind of pariah – a woman pastor who is also divorced. I did not want to join this club. But I was – I am – strong. I did get through it, and I did become a better pastor for it.

We are all parts of various Clubs We Don’t Want to Join. I would never try to console you personally with the promise that your struggles will at some point make you a better person. But speaking for myself, my Divorce Club Membership gave me access to avenues of ministry I had not known before. My own congregation opened up to me in a new way and ministered to me in my need. And in turn, once the shock and grief started to heal, I did some hard work on myself so that I could be able to do the same for others.

Whatever the Club You Don’t Want to Join, it won’t define you, but it will change you. Somehow, I transformed from a newbie first-call pastor to a minister people trusted with their deepest secrets and truest selves. I was able to dig into some of those hard passages of Jesus that talk about divorce, and to remind my people that he was not talking about the no-fault variety. Marriage may be a promise, but it is not the beginning and end of everything in the church. In the Evangelical Lutheran Church in America it is not a sacrament, like Holy Communion and baptism.

Likewise, divorce itself is not a sin. Divorce is naming what is, and it is never a sin to tell the truth. Divorce does not break vows – it simply states that vows have already been broken, whether by egregious behavior or “irreconcilable differences.” In fact, staying in a relationship that is unsustainable can only add to everyone’s pain and suffering. Staying can sometimes mean breaking faith with yourself, in not loving and honoring yourself enough to leave. Divorce is the most loving option when it is the only way that the sacredness of human life – YOUR LIFE – can be affirmed and defended.

Pastors get divorced. And when we do so, instead of losing our credibility because of some outdated or harmful theology of Clergy Perfection, we get to call this notion what it is – hurtful garbage. As pastors we get to model healthy boundaries and abundant lives in whatever we go through, including how we get divorced. We can own our pain and push through because we know that ultimately our strength to persevere does not come from our own white-knuckling through the day, but from our Savior Jesus. We can dare to let ourselves be seen, because when we do, our members witness our boldness, and take courage from our example.

A Pastor’s divorce can also shine light on a subject that is still often taboo in the church, where divorce has often been cast only as sin, and rarely understood through a lens of redemption. Marriage can be holy and promote the abundant life that God desires for us. It can be a vehicle through which we experience something of the redemption and reconciliation promised by God in Jesus Christ. As we celebrate those gifts of marriage – whether in the church or in anniversary posts on Facebook – we can unintentionally cast a shadow of sorrow and shame for those whose marriages have ended, and even for those who are experiencing difficulty. We leave very little room to be real and authentic.

We need to reframe separation and divorce in the church. Sometimes abundance, redemption, and reconciliation come not through marriage, but through divorce. It, too, can be a holy thing. That doesn’t make it easy. Because I have joined this Club You Don’t Want to Join, I know that Jesus sees the pain of separation and divorce. Rather than condemning the path leading to it, Jesus’s love persists. Because I have joined this Club, I can assure members, friends, and others who are headed for separation and divorce that nothing will separate them from God’s love, that Jesus sees their pain, and can bring healing and wholeness. Take it from Pastor Posselt. 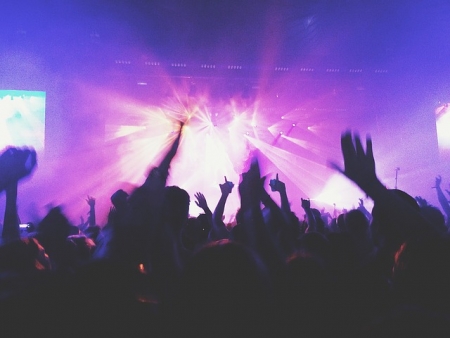 You are now reading into a moment when this minister wishes there was no church at all, so that she could enjoy a Saturday night like everyone else.

Tonight I wrote a sermon in the midst of a party I could not attend.

I live in the heart of downtown Indianapolis, a city that is currently teeming with the excitement of both St. Patrick’s Day weekend and the Big 10 Basketball Tournament. I actually live across the street from Conseco Fieldhouse, where the tournament is being held. I didn’t really choose this location because I love basketball, but for the energy and excitement of downtown life. I moved into this building so it would be easy to meet people and have fun.

After living in New York City for three years, I was not too excited about biding my two-year fellowship in a garden apartment in the suburbs where I knew no one. So I opted for a choice location right in the middle of it all. Indianapolis is actually a pretty great city, and has a good downtown. I can walk to Nordstrom and the Indy Repertory Theater and Sushi on the Rocks. I live next door to a rowdy dueling piano bar. The bartenders know my drink and I have met some great people in my building.

There is a sports bar in the ground floor of where I live; I don’t even have to go outside to find the party. It’s right here. During big events like this weekend, they close off part of the parking lot for bands to play. Right now I can still hear the music playing downstairs, floating up from the streets and through my thin windows. The guitar and bongo players are actually really good.  They are playing all my favorite songs, and other people my age are drinking and celebrating and jamming to the good music. All I want to do is share a beer with a friend. Maybe request a slow song, something like “Satellite” or “One,” hold hands with him and sneak a quick kiss before the band returns to playing “Wonderwall” or I “Walk the Line.”

But it’s Saturday night and once again I have procrastinated my sermon. There is no chance for that beer tonight. There is no one to sing with or hold hands with or kiss. There is only the looming of Sunday morning responsibilities – and the probability that I won’t be able to sleep with all this noise and nonsense. END_OF_DOCUMENT_TOKEN_TO_BE_REPLACED