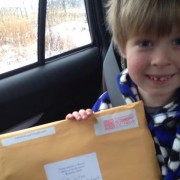 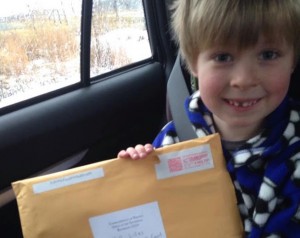 I remember well the famous “All I really need to know I learned in kindergarten” poster which hung in every one of my elementary school classrooms in Alabama, with its purple handwriting on lined paper, and a shiny red delicious apple followed by a typed list of dozens of kindergarten insights. The poster featured such gems as “share everything,” “play fair,” “don’t hit,” “say you’re sorry when you hurt somebody,” “flush” and “wash your hands.” Now that I have a kindergartner of my own, this poster has an entirely new meaning to me. My 6 year-old son Hill is a literal-minded rule follower. He speaks the lines of this poster on a daily basis. He’s been taught to clean up his own messes and to take care of other kids’ toys, so that’s what he does. Period.

My son is also familiar with another set of rules not listed on this poster. These rules come straight from his many Bibles and from his parents and his godparents. We are all God’s children. God loves all of us equally no matter how we act or look. No people are better than other people because God made all of us. God loves us no matter what. These rules have been hammered into our son’s heart; they make up the fabric of his very being. And while these rules might not be earth-shattering to us as Christian leaders, the ways in which they play out in my son’s life most certainly are.

Last month Hill’s teacher introduced the class to the Civil Rights Movement, but their cursory study left my son with more questions than anything else. Hill struggled to wrap his brain around what actually happened, so we checked out a dozen books from the public library and dove in deeper. While reading Nikki Giovanni’s Rosa, a beautifully written and magnificently illustrated story about Rosa Parks, Hill gently interrupted me to ask, “Did people back then not believe in God?” There it was. He couldn’t make a connection; these segregationists obviously could not believe in God if they acted in such hateful ways.

I could feel his heart breaking when I told him that the meanest people during the Civil Rights Movement were people who claimed to be Christians. “But we are all God’s children, “ he pleaded. “God loves us all the same no matter what we look like.” This so-called Christian behavior did not match the rules that Hill had been taught, but it also did not match the rules of Martin Luther King. I read bits of my favorite sermons by Dr. King to Hill along with several books about his words and his life. Then Hill added to his list of rules: loving is stronger than fighting and God wants all children to live long, happy lives.

A few days later Hill asked me if “bad guys could buy guns in Virginia” where we currently live. I told him that our state government allows it; even folks who hurt their families with their hands and get arrested can still buy guns in our state. “Doesn’t that mean they could hurt them worse if they have guns?” Shaking my head I said, yes, that’s what it means. And then he asked if he could talk to the governor about it. I told him that he couldn’t call the governor, but he could write him a letter when he got home so that’s what he did. This time with his own purple marker and lined paper he wrote Governor McAuliffe a letter about loving rather than fighting and about kids’ safety trumping the right to own guns.

I find it devastating that a kindergartener can so clearly understand God’s unconditional, universal love while grown ups have been misrepresenting that same love for centuries. I am a person who self-identifies as a Christian pacifist and activist. The fact that a kindergartener is willing to take that extra step working for a just world while most adults would rather wait for someone else to do it for them rends my heart. I believe that Jesus was on to something when he said, “let the little children come to me, for the kingdom of heaven belongs to such as these.” Most of what we learned in kindergarten really could get us through life.

Three years ago, I decided to take a break from parish ministry so I could spend more time raising our children. For most of those three years I’ve questioned whether or not I made the right decision, whether I’m honoring my call to the priesthood, whether I’m letting my gifts rot away in some dark corner. Then I have these conversations with Hill and realize that my work preaching the gospel and making disciples is actually thriving. My congregation is smaller than before, it doesn’t require wearing a collar and it doesn’t contribute to my pension, but it is still holy, sacramental and ordained by God. One day I’ll return to parish ministry, but until then I’ll be living the gospel according to my kindergartner.

The Reverend Allison Sandlin Liles is an Episcopal priest who spends most of her time raising her son, Hill and her threenaged daughter, Pailet. She works part-time as the Executive Director of Episcopal Peace Fellowship and lives with her clergy husband, kids and River dog in the Blue Ridge Mountains of Virginia.

The Nearness of the Clouds

Write a Book with the Chalice/TYCWP Partnership
Scroll to top