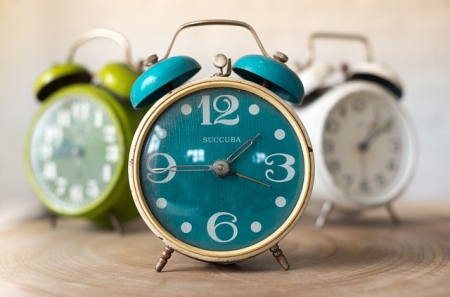 It was 8:35 when my alarm clock betrayed me.

And I only knew of his defiance because the phone rang. Twice. But I rolled over insisting that this, too, was part of my dream. The rebellion continued until the answering machine interrupted.

“Lexi?” My answering machine called out. It was then that I realized that this was the morning I was betrayed. It was now 8:37. Worship had started seven minutes ago, and I was supposed to be presiding.

JesushelpmeJesushelpmeJesushelpme. I muttered as I sprang out of bed faster than the ascension. My only thought was that I needed to get to church as fast as my feet could guide me. I didn’t care what I was wearing – which was obvious from the sweater and skirt that I chose. But I didn’t care how I appeared. I only wanted to get to church. I only wanted this betrayal to seem like the distant dreams of my slumber. Instead, it only got worse. It had snowed. I could see the white rifts upon the windowsill. It was the snow that had rebelled against me. It was the peaceful, falling snow that had fueled the insurgence of my alarm to cause me to oversleep without completing my sermon.

And yet, at 8:43, I could do nothing to make peace. I could only mutter blessings for the peacemakers amid hearty prayers for my car to go faster. It was a futile prayer because a hybrid is not made for speed. But I didn’t care. I pressed the accelerator hoping against hope. The hybrid hugged me with its heat reminding me that it was my moral values that inspired the purchase, not a need for speed. Truly I tell you, this was the morning I was betrayed.

As the cold snow waved its victory flags across my windshield, I picked up my cell phone to call the only true friend that I had found so far in suburban Patmos. Patmos wasn’t an especially small town between the city and the country. I had moved hours and miles to this new place far from family and friends to serve a church where I knew God was calling me. In the two months since my arrival to serve this small church as their only pastor, I had been introduced by a colleague in ministry to this one, true friend who finally picked up his phone.

“Wow. That must have been a really, short sermon,” Thomas quipped without a hello.

“They’re going to fire me!” I announced.

“What do you mean they are going to fire you?”

“I overslept. I haven’t even made it to church yet.” With this statement, my ear was filled with laughter. “It’s not funny! Tell me everything is going to be OK.”

Amid his chuckles, Thomas gave the assurance that I needed in the midst of my betrayal. He told me that the church would not fire me. They already loved me too much. Thomas also reminded me that at the 10 o’clock service, no one would know that I had missed the earlier service. I would have a second chance.

Even if this was my first call, I should have known this. I didn’t even have to go seminary to learn this lesson. Grace wasn’t something you learned about in the seminary classroom anyway. Grace is something that you learn, well, in moments like these. JesushelpmeJesushelpmeJesushelpme. As Anne Lamott says, grace happens. But, in this moment, I was determined to ignore the fact that grace could exist for me too. I would be as overdramatic as possible, even though I knew that there is always a second chance.

I shouldn’t have to worry about betrayal. It’s all part of the story, right? Recent archaeological discoveries proved what I had already known to be true. Judas was still loved. Of course he was. But, in this moment, I didn’t care. I didn’t find that reassurance that grace happens in the parking lot or even in Thomas’ affirmations. Instead, I continued to hyperventilate in my car. My drama seemed to last for hours, but it was only 8:49. I took several more before I got out of the car to face the music.

I faced it like a frightened child. I hid behind the back pew. I listened to the voices that were no longer singing. No one had noticed me. I just stood there wondering if I could hide there until this service of song and prayer had ended. I waited there for my punishment still ignoring the possibility of any form of grace.

I was forced to realize what I had ignored in the parking lot. I had to admit it. I could no longer deny it. I had to get over my drama. Jesushelpme. Grace happens. Or at least something changed when I thought my alarm clock had betrayed me.

Still, I wasn’t settled. I wasn’t ready for this to be it. Grace happens. Intellectually, I knew this. But, the theological student within me had questions. After all, asking has always been easier on my faith journey.

During the silence of my pastoral prayer, I offered my litany. Why can’t I learn these lessons in lovely happy moments where the laughter isn’t directed at me? Is this what I needed to learn? Was this the answer to my prayer? Had God just sent me a sign that I had been called into service with people that love me as much as I love them? Was this it? Could it be? And how will I know for sure?

And there I stood in the silence.

On the Seventh Day, God Napped

In it for the long haul
Scroll to top