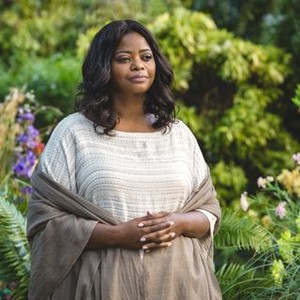 When the novel The Shack was published in 2007, everyone was talking about it, particularly its unusual portrayal of the Trinity. Jesus as a Middle Eastern carpenter was hard to dispute, but the Holy Spirit in the personified form of an Asian woman? God the Father represented as a black woman seemed to raise the most objections. None of these struck me as quite the dangerous heresy they were being declared by more conservative folk, and religious fiction isn’t usually the section I target in Barnes and Noble. But the book was gaining popularity and my congregation was reading it. They wanted to know what their pastor thought of the ideas in the book, many of which were new to them, and so I read the book out of obligation.

With the recent movie release, clergy are in a similar position of being asked what we think about The Shack. Frankly, I didn’t expect to like it much. I found the book alternately pedantic and vague, and too blithe in its treatment of grief and guilt. The latter statement might also be made of the film, which moves at Hollywood pace through tragedy, fallout, and recovery. Still, I was moved by its portrayal of a man trapped in loss and shame who meets God and finds the ability to forgive himself.

The characters of the Trinity are compelling and provocative, if we can set aside the need for absolute theological accuracy at every moment – and after all, who has ever represented the Trinity with absolute theological accuracy in any single statement or metaphor? This version of the triune God is personified separately, in a way that brings out their vitality and relationship. That each person of the Godhead appears as a person of color was to me a relief and delight. And although it’s not explored in detail, “Papa” is played by the same woman, Octavia Spencer, who offers the young Mack pie and empathy in his abused childhood. Plenty of commentators have had difficulty with God being portrayed as a black woman. Some of our people may well have questions about the gender and skin color of God, or about God being visually represented at all. But it seems to me to be downright biblical that God appears to Mack in the one form that he might accept as benevolent. Isn’t the whole story of Scripture rife with examples of God appearing to humankind as we are best able to perceive and receive God? Isn’t this the story of Jesus, God made one of us so that we might see divine love personified?

Regardless of theological perspective, each of us will likely agree with some aspects of this picture of the Trinity, and disagree with others. Either way, the film provides an opportunity to discuss some of the issues we may take for granted as theologically educated people, that are seldom discussed in congregations. What is the relationship of the Trinity? What does it mean when we talk about the gender, race, image, and character of God? How does God relate to us?

It is tempting to criticize Mack’s rapid turnaround and the neat bow tied on the end of this story. However, when seeing the Trinity and the enormous love of God on screen in this way, it’s not really so hard to believe that even someone who has experienced a shattering trauma might be “healed” rather quickly, able to return to regular life with a renewed sense of perspective and a desire to rebuild relationships. Miraculous transformation isn’t difficult to grasp when it’s accompanied by, well, a miracle. The question for clergy will be how to talk about healing from guilt and grief when there is no miracle. When Papa isn’t there to make you dinner. When you sink into the water rather than racing Jesus across it. When you have to hack down the weeds of your soul and Sarayu/Spirit is nowhere to be found. My life as a minister would certainly be easier if God would start inviting people out to their broken places for the weekend on a more regular basis.

I suspect many of our parishioners will be emotionally moved by The Shack, and that they will feel in it their own tender areas of grief and guilt. It is there that our work as clergy begins: walking with people as they face the pain life has brought them and the pain of their own making, inviting forgiveness, and reminding them that God is with them, holding and loving them that deeply, desiring their healing and fullness of life, every step of the way.

Rev. Stacey Midge is ordained in the Reformed Church in America and serves as Associate Minister at the First Reformed Church of Schenectady, NY. She is grateful to have been part of the Young Clergy Women Project since its inception, and is now eagerly staring down the next stage of her life as a Slightly Older Clergy Woman.

Praying with Our Farmers

Our Bodies, Our Selves: Women’s Bodies in the Pulpit
Scroll to top