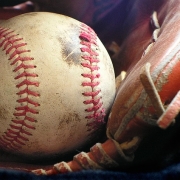 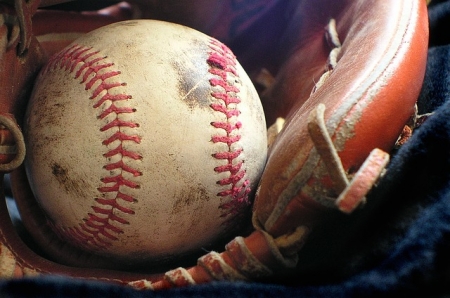 It’s happened too often to write it off as a fluke. There was that one time in the pulpit, and again the Sunday after Hurricane Katrina hit. At the last board meeting, once during choir rehearsal, and of course the day after we found out our beloved dog was dying of lymphoma. I’ve only been serving my congregation for twenty-six months, and I’m inching toward needing a second hand to count the incidents. No, it’s not a fluke. I’m a crier.

I always have been, and it seems as though I always will be. When I am hit by public or personal tragedy, when I am besieged by anxiety or drowning in hormones, my tear ducts kick into action and flood my
cheeks with saltwater. Though I haven’t let loose and sobbed in church (thank you, baby Jesus), in the privacy of the parsonage I have wept and sniffed and hiccuped until I’m all cried out. The blissful, empty
feeling after a good cry makes the reddened eyes all worth it,  and my blood pressure thanks me for not repressing my emotions. Crying really is a blessed release.

Except, of course, when it happens at church.

The worst case was the time I cried over Deacon, our dog. We adopted him the week I began my call; he was lazing by my feet when I wrote the first sermon I preached for this congregation. He was a great dog – a sweet, mellow pit bull mix who transformed us into family over the fourteen months we walked and ate and lived with him. We noticed the swollen glands on a Sunday afternoon, and by the following weekend we knew he’d only survive a matter of weeks. We were devastated. I cried, as I do, for days on end.

And then Sunday came along again. I had to pull myself together to lead worship, and I did. My eyes were as dry as bones as I stood before the congregation to share the joys and the concerns of the community – until I was jarred out of my carefully wrought armor of defense mechanisms when one of the few members of the congregation who knew stood and announced Deacon’s illness. Before she even finished her sentence, I crumpled into the first pew, my back to my church, and succumbed to the inevitable shower of tears. She meant well; I’m not and never was angry at her act of compassion. She just didn’t know that I, the Reverend Pershey, would fall apart when my dog died.

I know that pastoral ministry requires vulnerability, but I’d much rather be vulnerable on my own terms. I am as young as I look, and have spent a lot of time thinking about the impact my age has on my ministry. Becoming a solo pastor at twenty-four years old meant that I was constantly under pressure—internally as often as externally—to prove that I was really grown-up enough for the role. I laud my congregation for trusting me to be their pastor, and I work hard to live up to the responsibilities of my calling. And then I had to go and weep in front of the whole church.

Of course they gave me grace. There was this horrible year of silence (though it was probably more like twenty seconds) in which I gathered myself together, stood and faced them, and confirmed the report. Not a one looked at me with judgment; all eyes were full of sympathy. As I began the pastoral prayer, my voice wavering with uncried tears, someone handed me a tissue.

Katherine Willis Pershey pastors a congregation of the Christian Church (Disciples of Christ) in Southern California. She and her husband, Ben, adopted a dog named Atticus this summer. She recently placed boxes of tissues in the sanctuary, in recognition that while there may not be crying in baseball, there is occasionally crying in church. And that's okay.

In it for the long haul

Being Single, Being Me
Scroll to top