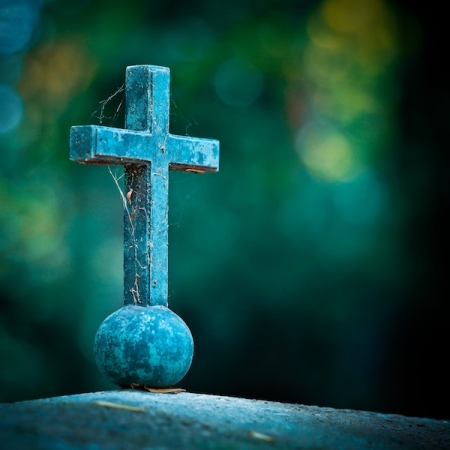 The question of “how many siblings do you have” became complicated in French class: how do you say, “I have one living sibling” en français?

“But they are dead; those two are dead!
Their spirits are in heaven!”
’Twas throwing words away; for still
The little Maid would have her will,
And said, “Nay, we are seven!”

-from “We Are Seven” by William Wordsworth

This year, 2019, National Siblings Day occurred the week before Holy Week. National Siblings Day is, many suspect, a holiday completely made up by social media companies in order for people to get on whatever profile they use and post more photos of users who happen to be related. It’s like the 21st century equivalent of a “Hallmark Holiday” – made for the purpose of a company proliferating itself; some people find it meaningful or fun, others let it pass by unnoticed.

To be honest, I don’t take much notice of it. I see other people posting about it throughout the day, and I realize what’s being celebrated.

I live 1500 miles from my immediate family, in my first church call, which I share with my spouse. In this digital age, I have not been at my parents’ house long enough in the last few years to scan the thousands of pictures of me and my brother and sister when we were young: big glasses whose glare hides eyes from the camera, graphic T-shirts that are entirely too big, hair that is untidily coifed in strange hairdos from a bygone era.

For many the connection between Siblings Day and Holy Week are coincidental.
For me, they are building toward a painful, hopeful climax.
You see, we buried my brother on Good Friday.

As a theologically-minded person from a young age, I marked my springtime by Holy Week and Easter usually involving a huge church play each Holy Weekend. At college, there were different traditions, and I was looking forward to entering them.

When I was 20 years old, the Monday of Holy Week my brother was killed in a car accident. I wonder if Jesus felt like I did, going toward Good Friday: that it was simultaneously the longest and shortest week of my life. Everything was askew, my feelings dulled and heightened. I missed both Holy Week rituals: the Easter play at my childhood church, AND the Tenebrae that was taking place at my college. The question of “how many siblings do you have” became complicated in French class: how do you say, “I have one living sibling” en français?

Easter is never on the same Gregorian calendar weekend each spring, but instead follows the Jewish Lunar calendar. This is because Easter is scheduled to coincide with Passover, a holdover from the Gospels’ telling that Jesus and his disciples celebrated Passover the night he was betrayed.

The year after my brother’s death, my then-fiancé was helping lead worship for the college’s Tenebrae service on Good Friday. As I came out of the service and waited for him, I blinked blearily at the clouds rush across the April sky, bringing out the harsh shadows and peeking colors on the earth. I couldn’t remember why I missed last year’s service.

The answer came all at once, and my fiancé found me weeping in the east-facing lobby of the Fine Arts Center.

After eleven years, my grief manifests itself almost in unconscious, tiny ways. But each Holy Week, it feels more real than marking the calendar anniversary of my brother’s death. Burying him on the same day that Jesus was crucified brings some holy comfort to my grief. God and Mary wept that day, too. The consequences of sin and brokenness put both a holy Jesus and my sinner-saint brother, for whom Jesus died, in a tomb.

It’s my turn to preach Resurrection Sunday this year. This year is Luke, and I’m looking forward to the women preaching the Gospel news to their frightened and grieving brothers-in-Christ. But in the back of my mind is also a different reference to siblings, to family, to resurrection, that Jesus instituted: while he was dying, Jesus told his mother and his beloved disciple that they were now family. Jesus created a new family as he was being ripped from his own (both his heavenly father AND his earthly mother). This family has eternal bonds, greater than flesh and blood. Greater than death. Families formed by the Son of God, families formed in his death.

There have been a lot of deaths for folks in our congregation this year. So much grief. So many un-whole families. Resurrection Sunday will have a more personal, complicated feeling for many of them, as it does for me.

In Wordsworth’s poem “We Are Seven,” the visiting know-it-all speaker meets a “rustic” little girl who tells him that there are 7 siblings in her family. After talking further with her, the speaker finds that two are away, and two have died. He tries to argue with her, that there are only five of them now. She insists, “Seven are we!” One moral of the story: don’t argue grief math. You will lose. But perhaps deeper than that, this rustic little girl knows something about family, about love, about grief, about life, that this intelligent visitor does not: there is a Love unconquered by separation or death.

As I stand in the pulpit and read our holy story, my brother will be in my mind—we were siblings not just by family blood, but by Jesus’ blood. And I should say are: We are siblings. A family forged in Jesus will not be stopped or altered, ultimately, by the separation of death. It’s forged in a resurrected Savior—a forever-family.

So my sister, my brother, and me: we are three.

Andrea enjoys re-reading books, taking long walks by waterfalls, hiking tiny mountains, and singing by herself or with other people. She and Nicholas are adding a newborn into their family in July.

Honest Testimony: A Review of Any Day A Beautiful Change
Come to Chicago!
A New Home for TYCWP
BEST OF: First Article By Our TYCWP First Published Author
BEST OF: Published in Most Columns
Best of: Most Comments
1 reply

Notes to Myself: Commitments for Talking Politics with Care

The Attempted Intimidation of Mary Magdalene
Scroll to top