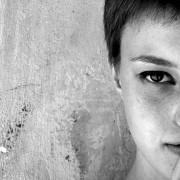 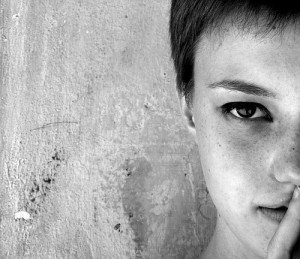 There might have been a TV show called, “Kids Say the Darnedest Things,” but it’s actually adults who say the darnedest things. I especially began to notice this after becoming a pastor. I don’t know statistics of married versus single clergy or male versus female, but I have certainly felt like I was in the minority. I was only twenty-five years old when I became a pastor, and at first I was humored by people’s reactions to my age and relationship status. Some of the comments have been kind, with people obviously desiring that I be happy. Others have been more puzzling, comments that made it sound as if I “needed” a guy. I’ve talked to single, female colleagues over the years and exchanged stories of the “darnedest things” said, and we’ve laughed a lot.

We’ve cried because sometimes words, even with the best intentions, can touch on sensitive spots. I was told in seminary to grow a tough skin. But no matter how tough skin becomes, there’s still a heart underneath. Sometimes, words can hurt and harden that heart.

The emotional health of the pastor can have an enormous impact on the health of a congregation. If we are more aware of how laypeople and clergy can help make each other healthier, won’t our congregations also be healthier?  With this in mind, I’d like to offer a list of discouraging comments, as well as some more encouraging words to use.

Disclaimer: There is a lot of honesty here. Please know that this list is not directed at any particular person or group, and I share this in a spirit of reflection–not anger, not resentment, not frustration. Hopefully, there’s a dash of humor, too. I can only speak as an unmarried, female pastor, but I can guess that both men and women in other vocations can identify with the sentiments. Thank you for reading, laughing, and learning with me.

1. In your profession, it must be hard for you to meet guys.

Yes, it can be difficult even to form friendships, whether one lives in a small town or a large city, in any profession. What this comment implies is that my vocation could keep me from being in a relationship, which is not true. I have dated guys who thought it was “cool” to go out with a reverend. Three of my closest friends are guys I met after I became a pastor. I’ve discovered that my profession doesn’t prevent me from meeting guys. Instead, it enhances my conversations with them. What I would rather hear, and what some dear people have said to me, is: I respect your profession so much, and you deserve the best in relationships.

2. I just wish you could find somebody.

Somebody? A vague semi-person? That’s not what I desire, nor is it what I believe God wants for us. Relationships, whether platonic or romantic, are not something that we find. They are formed by us and by God. What I would rather hear is: I hope you are forming meaningful relationships.

3. Would you like to meet my grandson/nephew/son? He’s cute….

No, not really. Haha. Every female pastor I know who was single at some point of her pastorate faced this question. Of course, a great friendship might be possible with that grandson/nephew/son. But this kind of matchmaking is just plain awkward. With such a “set up” comes an expectation that we might hit it off as a couple. My work as a pastor already comes with so many, natural expectations from the congregation. To make this suggestion adds unnecessary pressure. Instead, why not say, My relative is about your age and coming into town next weekend. If you’re in town and want to hang out with some younger people, let me know. I’ll give you his number.

4. It’s strange to have a pastor without a family.

What people are actually saying here is an understandable observation: “In the past, we’ve had a pastor who was married with children.” I fully understand that people likely meant nothing insulting in this statement. But to use the phrase “with or without a family” is not helpful. We all have families because we are all a part of God’s family. Parents, siblings, pets, friends, grandparents, aunts, uncles, and cousins are only some examples of family, even if we don’t live under the same roof. To describe a person as not having a “family” implies that they are disconnected, unsupported–and strange. This is the opposite of encouragement and can eat away at a person’s self-image. Instead of observing what is lacking, affirm what is present: We appreciate all that you bring to us–and it’s always so good to see your family when they come to visit.

5. You must get really lonely.

Yes, and saying so doesn’t make it any easier. It’s very difficult for many people to admit to their loneliness, whether they’re laity or clergy, male or female, young or old. Personally, instead of a verbal label of “lonely,” I would rather hear an invitation: I’m going to the coffee shop this afternoon. Want to join me?

We often hear that the Church wants young ministers, and the reality is that young people are marrying at later ages. This means that having a young pastor might mean having an unmarried pastor. I share all of this with you so that healthy relationships might be fostered, so that encouragement might abound. Yes, I’ve heard some “darned” things. But I have also been affirmed, encouraged, and supported tremendously by people’s words. Paul writes to the church in Philippi: “Finally, brothers and sisters, whatever is true, whatever is noble, whatever is right, whatever is pure, whatever is lovely, whatever is admirable—if anything is excellent or praiseworthy—think about such things.” May we also speak such things to one another, for the good health of ourselves and our churches.

Darian Duckworth is a United Methodist minister and yoga instructor in Cleveland, Mississippi. She received a bachelor's degree in English and mathematics from Vanderbilt University and the master of divinity from Candler School of Theology. Among her favorite theologians are her dog, Isaac, and her niece, Savannah. When she's not pastoring or stretching, she blogs at www.darianduckworth.com
Image by: AnEternalGoldenBraid
Used with permission
https://media.myworshiptimes31.com/wp-content/uploads/sites/3/2013/10/29170721/6247467643_2a3f5a7b52.jpg 432 500 Darian Duckworth https://youngclergywomen.org/wp-content/uploads/sites/3/2017/05/YCWILogo_Vert_Black-300x229.png Darian Duckworth2013-10-08 04:00:112013-10-08 04:00:11What Not to Say to a Single Clergywoman

The Zumba Pastor
Scroll to top