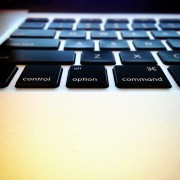 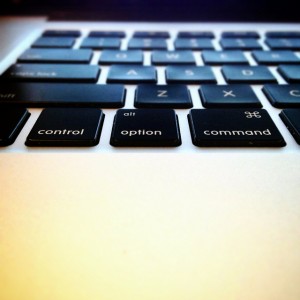 Asking for secretarial assistance or office support seemed a little ridiculous in my first parish. We had 15 to 20 in worship most weeks. I am as computer savvy as you’d expect someone who’s been to grad school to be; I could produce a bulletin and manage our terrible equipment with a greater ease than it would take to train the type of candidate we could afford or attract. But some of the leadership wanted someone in the office at regular hours; they wanted someone to answer the phone. They wanted, I think, to be a church that could afford a secretary.

We went through several unsuccessful candidates. The job market was not what it is now, and no one wanted to work five to ten hours a week for ten bucks an hour. Then, the need for someone consistent became more pressing: I was going on maternity leave, and someone, for sure, needed to produce the bulletins.

The stint of that someone didn’t last long past my return. I burnt out on supervising people who weren’t particularly well-suited to the role, and on justifying the expense to the finance committee.

Then, we got some news. Debi, who worked in the nursery on Sundays and ran an in-home daycare during the week, had received a breast cancer diagnosis. As she underwent treatment, she could no longer be around the germy hordes she loved so dearly. Unable to work, she and her family were in financial trouble.

As a church, we made meals. We debated if we could make some sort of financial contribution. But this was a congregation that could barely afford my pastoral salary and the monthly payment on the boiler loan, so any money we gave would have been largely symbolic.

We needed somebody in the office, though, so we asked – would you be interested in this job instead?

Debi had never done office work before. She’d finished high school, taken a few classes toward a med-tech certificate, and knew how to use her personal AOL account. She was not the best speller; I edited everything we produced closely. I had to teach her how to cut and paste in Word. But she was game.

Debi, brought into the office by illness and financial devastation, nonetheless brought new life and new possibility to the church, and to me. We were a good option for her, too. So part-time, so low-stake that she could reschedule shifts around treatments and their fallout. I’ve worked with some highly competent church office admins in the years prior and since– but I loved working with Debi. I loved Debi.

She struck that ineffable pastoral balance with the congregation: she was warm and caring, but she didn’t put up with any of their crap, on the occasions when they felt inclined to dish it out. She pushed me gently when I forgot to get her information she needed in a timely fashion, but she was a wonderful – and powerful – ally.

I’ve wanted to write for years about what it meant to me to work with her, and now that I have this spot, and this deadline, I am struggling to find the words. We were neither likely friends nor likely colleagues, but that ultimately didn’t matter much. I was in my mid-twenties and working on hitting as many milestones of adulthood as possible in a short time. She was over fifty, had married late, had an eighth grader. We were both terrified she would die before her daughter reached adulthood. She shared updates on her treatment and prognosis; I learned about the HER2+ gene, which made her cancer more aggressive. We talked politics; she and I would be voting for Obama in 2008, because (well, I pretty much always vote one party) we lived in hope of healthcare reform, because her husband’s insurance was so lousy and kept refusing to pay for things.

I learned about how bankruptcy is sometimes your only viable option. I learned that some hospitals are subpar, even in nice enough areas.

Sharing her illness and treatment with me, allowing me into her life, helped me to become a much better pastor than I might otherwise have been. I had studied public policy – hell, I’ve studied health care policy – but her experiences, seeing these public crises through the lens of her life and the complexity her social location added to her ability to navigate those crises, both reminded me of my own powerlessness and showed me the possibilities for agency. Sometimes we sat with the reality of a denied treatment or a horrible, persistent, side effect; sometimes we researched other options.

Debi’s cancer was a critical part of how and why we came to really know each other, but it was not the only thing. My daughter was new in those days, and I was anxious about everything: balancing work and care for her; wanting to be attentive, but not overly-so. Debi was such a good mom – she and her thirteen year old had such a good relationship—and she had provided such wonderful care for so many other people’s kids that I trusted her advice. Pragmatic and gracious, she offered counsel without condescension.

I asked for a new appointment just before my daughter’s second birthday. I felt terrible, abandoning these people, but after three and a half years in a dying church, I was cooked. Debi affirmed my choice: you need to do the right thing for your family.

We were not as close after I left. The maintenance of proper boundaries dictated as much, plus we weren’t in the same office for hours each week. I learned Debi had died not quite two years later, somewhat unexpectedly, through Facebook: another complication of her cancer mishandled by that terrible hospital claimed her life. The new pastor invited me back for the funeral, and I was privileged to speak.

Since leaving that church, I’ve always worked on bigger staffs. I’ve supervised folks; I’ve drafted job descriptions and discussed evaluative processes. I’ve fired people. And I believe in the importance of best practices and the expectation of excellence in church work. But one of the [2,700] reasons I’m in ministry and not corporate life is because of the regularly realized opportunities we have to share our lives in unexpected ways with unexpected people. I love ministry because we get to have relationships that are rich and layered. Even when they lead to loss, to grief, to the increased awareness of injustices in our healthcare system: these are the relationships that make the life of the church so critically important.

Debi and I were never a crack team when it came to getting the newsletter out on time, but our work together was holy.

Bromleigh McCleneghan is currently on maternity leave, but come July will be serving as the Associate Pastor for Ministry with Families at Union Church of Hinsdale. Her first book, co-authored with the Rev. Lee Hull Moses, is Hopes and Fears: Everyday Theology for New Parents and Other Tired, Anxious People (Alban, 2012). Her next project, a book on sex, love and faith, will be published by Harper One in 2016.

A Worker Sister
Scroll to top