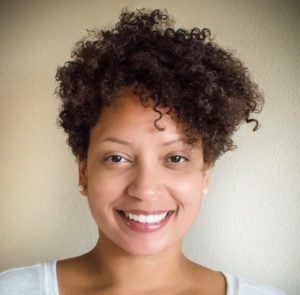 “Just make it magical,” I said.

I looked at the makeshift learning space: a hallway, really. This was where our church would be asking our children to go in-depth about Jesus for the next year and a half, while we completed our all-encompassing construction project.

Everything had to be added to the space; it came with nothing. But, quite quickly, it began to host the ragtag miscellany that inhabits all spaces that are not carefully controlled. It became a storage room, a hallway, and a place to learn about Jesus. Some of this could change—we could be more disciplined about where we put things—but some was simply the reality of where we were. Yet if the children were asked to do this, then the least we could do would be to make the place… magical. So we designed something exciting and beautiful that might have been too difficult to pull off in a larger space. Magic could make this work.

If only we had a wand to make everything else magic.

Lord knows I’ve tried. #BlackGirlMagic has been a trending hashtag this year, and well it should be. Black women have a historical gift for turning rough spaces into something magnificent, making the hallway magical, seeing a sea of no and making some gorgeous yes. Black women have founded a movement to insist that #blacklivesmatter, shown up as the most consistent voting force behind the person we thought might be the first woman president, and continued to carry the churches that we dominate in numbers but lead less officially. We have pulled this off despite having some of the hardest times finding romantic love and other more conventional forms of social affirmation.

It’s as if every Black woman is born with the existential expectation of being magical.

But who provides the wand?

Is it handed down from Gramma? If it is, who teaches us how to use it? And if we do use it, can we do this openly? Or is a witch trial waiting around the corner?

Is our magic expected but forbidden?

I think about these questions and rather than feeling overwhelmed, I feel at home. Sharing them makes me feel… seen.

Because magic may make beauty, but it is hard as hell to pull off.

I look at my circles of Black women, glittering with achievement. Our cultural conditioning is to: SHOW UP. Show up at all costs. Show up and prove that we are meant to be there, worthy of the space we occupy, credentialed, accomplished, ready. I do this. The resultant reactions that I am:

…and the rest of the critiques I face for what my peers call “showing up” are eventually balanced by the effectiveness of the magic I’m asked to bring. Maybe they won’t like me, but if they can listen, if I can just be heard, if they could stop shoving people like me aside, then their disapproval might be easier to bear.

#BlackGirlMagic means that I have to show up in a cloud of shimmering accomplishment. If I do not, no one will listen.

Meanwhile, women like me are called to preach Good News, to proclaim the captive free, to proclaim the Year of the Lord’s Favor. The key here is always to remember the illusion. To know that we are not, actually, magical. We are human and fallible and broken. But that is not the only story. We are also beloved, anointed, redeemed by God. We are expected to perform magically but given no wand to pull it off. And, in many cases with notable exceptions, we do just that.

Maybe the world gives us a hallway and stores all of its baggage in it. My vision for #BlackGirlMagic is to figure out what the Spirit is behind the magic. Where are there spaces of leadership and leadership development that recognize and honor the yoke we are asked to bear without subsuming it to the dominant narrative? Who are the allies that will help us in carrying the load?

No matter who we are, I believe that when we find that holiest of spirits, we have to honor it and protect our means for recognizing it. No matter how magical we might need to become, we need to remember to go in-depth. We need to know and remember Jesus, so that we don’t get caught up in our own subterfuge. Magic is all well and good until we actually start to believe it.

My work is to make the magic while believing in and waiting for God.

Kaji S. Douša is Senior Pastor of the Park Avenue Christian Church in New York City. She is the first woman called to this role in the church's 206 year history, though countless women paved this path ahead of her.

Of Veils and Virgins: My Life with the Bees
Scroll to top