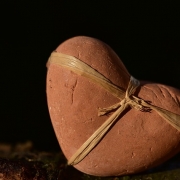 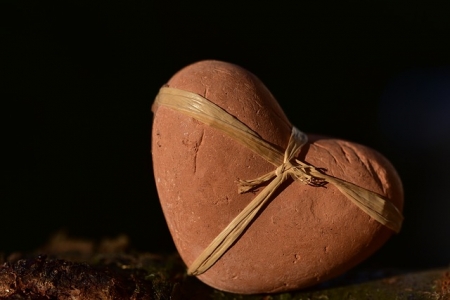 I miscarried very, very early after I became pregnant for the first time. For one brief evening, my husband and I were naively dumbfounded and excited by the potential of a new baby in our lives. The next morning, I began showing symptoms of a miscarriage. Within a few days, we knew what we had hoped for was not going to happen. I can’t even begin to describe the feelings I experienced, but I can say that one emotion seemed to outweigh all the others—shame. I feared I had done something to cause the miscarriage. I felt as if I had failed somehow. I felt ashamed for feeling ashamed.

At the time, my husband and I were each new pastors serving little rural congregations 13 miles apart. I was vehement about keeping this news from our congregations. I already felt like I was living on display. To be that vulnerable with our parishioners (and, subsequently, two small towns) was unthinkable for me. I didn’t want our painful situation to be some entertaining news for the early morning coffee group at the local café. I protected myself fiercely, and soon found myself feeling increasingly isolated and alone (at a time when I was already feeling isolated and alone).

The next Sunday morning I presided over a baptism. It was for a beautiful, plump, pink little baby girl. Her parents hadn’t gotten around to scheduling the baptism until she was a few months old, so she felt heavier and more solid than the infants I had previously baptized. In my arms, she felt so alive and real.  I felt the physical symptoms of the miscarriage while I baptized her in front of the congregation.  I knew life was leaving my body at the same time I blessed this new life given to another family.

The emotions I felt overwhelmed me. I was grief-stricken, scared I would never have a baby of my own, and terribly jealous of this family. Again, I felt such shame at how I was feeling.  How could I, as their pastor, feel such negative emotions toward my own parishioners?  Somehow I managed to hide my pain from the congregation and carried on with the service. To this day, it is the hardest service I have ever led.

My husband respected my need for privacy and kept our news to himself. That is, until he met with a fellow pastor soon after our miscarriage. They were planning Lenten services, and my husband suddenly burst into tears. The news spilled out of him. He came home after the meeting and told me how our colleague had comforted him and told him of the miscarriage he and his wife had experienced years ago. He asked me to please reconsider telling our congregations. I held tightly onto my pain and stubbornly refused to make an official announcement. I did, however, relent to telling a few people.

My husband told a few select members of his church. Almost every person he told admitted to experiencing miscarriages as well. I never explicitly told my congregation, but in conversations over the next couple of years, I heard many, many stories of miscarriages from my parishioners. I began to realize how utterly common they are. Listening to their experiences, I began to feel less and less alone. I began to heal.

I don’t know if I did the right thing by keeping our miscarriage to myself. Had I told my congregation, I think I would have been astounded by the comfort and care they would have offered me. I could have taken time off, cared for myself, and received the support my husband and I so desperately needed. Instead, I wasted a lot of energy trying to pretend nothing was wrong. However, I would have made myself terribly vulnerable, and I don’t know how I would have handled that on top of grieving my loss.

It is so hard to be vulnerable as a pastor. At least, it is hard for me. It’s not difficult for me to mess up liturgy, or chant a wrong note, or show up late to a visit—those things happen. But to admit I am completely human, that I have hopes and dreams, that I feel pain and grief and sadness and jealousy and shame—that is much harder for me to admit. To receive comfort when I am always the comforter is even more challenging!

Today, I daily chase after my rambunctious 18-month-old son. I try to look back on that difficult time and hold my heart gently. I was only trying to survive. I can’t judge whether I made right or wrong decisions. However, I can take my experiences and learn from them. I now try to break the silence and shame surrounding miscarriages by sharing my own story. I try to admit my vulnerabilities. And as a pastor, I will never overlook the people in my church (and outside of it) who are longing to have families of their own. It will only make my ministry better.

Rev. Jennifer Hackbarth, a graduate of Luther Seminary in St. Paul, Minnesota, has been on leave from call for a year to spend her days with her 18-month-old son. She misses the pulpit, though; she's currently seeking a call in the Minneapolis, Minnesota, area.