Editor's Note: We made a deliberate choice to refer to the Chicago team using their mascot, the “Cubs;” we chose to identify the Cleveland team by city name only, due to the racism inherent in the mascot’s name. 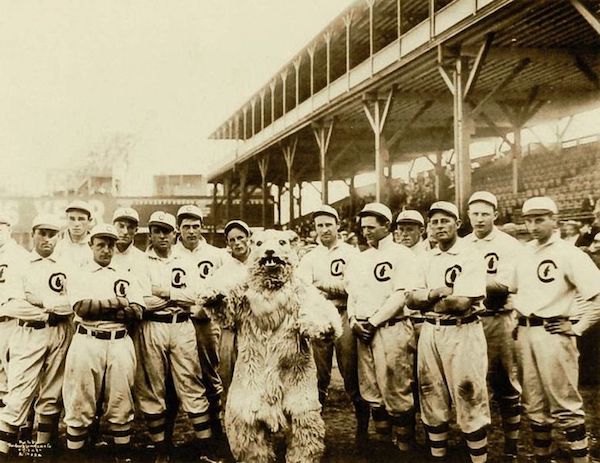 The world was turned upside down for Cubs fans this week. Since their last appearance in a World Series in 1945, one of the truisms of Cubs fanship has been hope for the impossible: that this will be the year. With their World Series victory, does life as Cubs fans know it cease to exist?

The question of life as we know it ceasing to exist may sound cliché and existential, but consider the changes in the world since 1908, when the Cubs last won the Series, or, for that matter in 1948 when Cleveland last won the Series: cars are everywhere; humans have landed on the moon; and we’ve learned to send messages on tiny screens using just our thumbs. The world as we knew it, a century, or even decades ago, has ceased to exist.

Fans of long-suffering baseball teams have established a personal practice of hope. This has been true both of Cubs fans and Cleveland fans. To hope means to look forward. Looking back at what could have been only ends in disappointment.

John Buchanan, who pastored a large church just minutes from Wrigley Field, wrote about eschatological hope and the Cubs for the Christian Century many times (e.g. ‘Lovable Winners’, from 2015 ). He claimed, as a Cubs fan himself, that anyone who was a Cubs fan was engaging constantly and faithfully in a kind of Christian hope the rest of the world could only dream about because the Cubs always lose. Even when they had a great season, they lost at the end; and in baseball, it doesn’t matter how wonderful your season is if you don’t win the World Series.

The same is true of the Christian practice of hope, of taking a long view of history. To look backwards is to see the world for what it was, not for what it could be. Having hope for what is to come means constantly looking forward, sitting on the edge of your seat, waiting with baited breath for God to break in — or for Mike Montgomery to get the final out.

To hope means to look forward and anticipate greatness, even knowing what is behind you. We look backwards and see the world for what it is, yet we look forward and hope for the promised kingdom, because we have faith in a God who keeps promises.

Neither the Cubs nor Cleveland could promise their fans a win. But fans still hoped for the unbelievable: redemption from years of losing.

Of course the world as we know it doesn’t cease to exist for the winning team: there is now a different story going forward. For the other team, the practice of hope continues. But it’s a good reminder, going forward, of how we channel our hope. The unbelievers will always say, “But look at what has happened. How can you believe…?” And we shall answer, “Consider what still could happen.”

Bethany is a part-time pastor at a small, urban church in Jacksonville, FL. When not pastoring, she is a pro at coming in second at trivia.