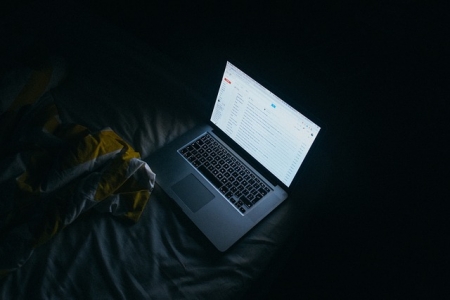 My computer sang that familiar tune. I am compulsive about checking email. It doesn’t seem to matter what I am doing when that song begins. I instantly minimize the open document on my screen and jump into the inbox of my email account. It is almost always a church member – unless the beloved denominational Mother Ship is zooming out new resources that never seem to translate into our small congregation in Corinth. I prefer the emails from church members who type to share a lingering thought from worship. I love when they send a typed gratitude to thank me for calling when they missed worship.

When my computer sang then, I clicked the message open to inhale its contents. It was an email from Nina. She wasn’t in church on Sunday. She hasn’t been in church for several weeks.

Tthough we’ve shared cups of tea and good conversation, I secretly wonder if she hates my sermons. I know she doesn’t. She tells me she doesn’t hate them. She doesn’t worship because she hasn’t felt comfortable since her divorce. Church hasn’t felt safe to her because she doesn’t fit into the happy families that worship here. Of course, I know that not every family is happy – so it must be my sermons. Logic be damned. Her email isn’t about any of this. It’s about her college-aged daughter. I gasp at the words on my screen. I talk back to them as if I can curse them. Her daughter had too much to drink one night at a party. A young undergrad male took advantage of her. She was raped.

I curse the words as I read them. And then, I wished she had called. I wished this news didn’t come through the internet. It doesn’t belong in email. But, today, I am grateful that the e-mail came first. It gave me time to call a friend and rant about being a young woman. With her e-mail, Nina gave me time to blow this totally out of proportion and get angry at every time a man had dared to make an inappropriate advance at me. “Jessica,” I confided into the phone. “I’m so sick of this. I mean, I already know how this played out. I haven’t even called her mother yet – but I already know that the girl didn’t have that much to drink and that she feels responsible.”

“Yup,” Jessica agreed. “I know. The question is: do you think she will report it?”

“Do they ever report it?” I raised my voice.

“Why are you getting angry at me? Sometimes they report it.” Jessica’s voice remained evenly smooth in that pastoral way that I could not muster in this moment.

“You just told me a few days ago how some guy managed to brush up again your breast while admiring your stole after worship. Did you report it?” I demanded.

“Maybe it was a mistake – but you told me that it creeped you out, right?” I was aware of my own belligerence but I wasn’t ready to give up.

“Yeah, of course it creeped me out. My husband is the only one that gets to grope my breasts – but who would I report it to? The denomination? The police? Honestly, I’m not sure where this would go.”

“I think that’s just the point. It has to go somewhere so that we can model to young women that they are not responsible for how others approach their bodies. There must be some place…”

“LEXI?” Jessica interrupted my tirade. “You’re preaching the choir. You know that. Relax, will you? Take a few deep breaths and call her mother. Let her talk. This isn’t your crusade,” Jessica soothed.

“It might be,” I joked inappropriately. “You’re right though. I’ll go be the pastor. Thanks for listening.” I hung up the phone and dialed Nina’s phone number to patiently listen to her maternal rage fueled by a bitter divorce that was all too familiar to my own story.

“I know I can’t do anything,” Nina assured me. “But I really want to drive onto that campus and rip him to shreds. I want to call his mother and tell her what kind of a son she’s raised. I want to make him regret it.”

“Of course, I can’t,” Nina answered her own question. “Samantha isn’t even going to press charges. I wish she would – but she won’t listen to me. She insists that it will only be more trouble if she does. She just wants to forget it ever happened.”

I knew I could match her rage. I could tell her my own stories, but I was her pastor and so I listened. I offered the best pastoral affirmations I could muster for Nina, hung up the phone and buried my head on my Bible. If it wasn’t a retired clergy person telling me what was wrong, it was a question I couldn’t answer. These were the wild things of my ministry. These intense phone conversations where I listened without any hope of an answer were the monsters that lurked in the dark. It wasn’t enough to talk about the woman caught in adultery or who through the first stone. It has somehow become much more complicated than that. So I did the only thing I knew how to do. I prayed.

Can’t We Talk It Over (Just NOT in Bed)?

Breaking Up Is Hard To Do
Scroll to top